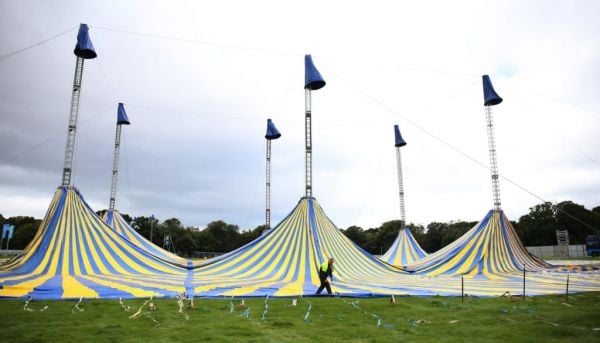 A Louth man who was arrested on a European arrest warrant and extradited to Ireland has been sentenced to two years in prison for theft and deception.

James Carpenter (31) of Irish Street, Ardee, Co Louth, pleaded guilty to inducing an individual out of €500 under the promise of Electric Picnic tickets and inducing many individuals out of money for rent and deposits for accommodation.

Garda Keith Delaney said that in June 2016, a young woman had seen an advert on Gumtree for Electric Picnic tickets for sale for €500.

The woman contacted the seller and transferred the money via bank transfer. She then sent a screenshot of the transfer, and Carpenter told her he would send the tickets that day.

When the festival tickets failed to arrive, and after Carpenter did not reply to her emails, she attended Swords Garda station and made a complaint to gardaí.

She gave gardaí the bank account details she transferred the money to, and a search warrant was issued. Carpenter was identified and arrested.

During his interview, Carpenter said he had tickets for sale but sold them to someone else. He said he had not planned on defrauding the woman, but the opportunity occurred, and he did it.

Detective Garda Niall Cadden told the court that gardaí received many complaints regarding money being paid to a man who had advertised rooms or apartments for rent online.

The court heard on many occasions that the day before the new tenants were due to move in, Carpenter would tell them there was an issue and defer the move-in date.

Deposits and the first month’s rent was paid over to Carpenter on multiple occasions. None of this money has been recovered by any of the individuals involved.

On one occasion, Carpenter told a tenant who was due to move in the following day that his mother had died and he would not be in Dublin for several days. He told a couple who were due to move in that he had inherited the property when his father had passed away. Neither of these were true.

Gardaí interviewed Carpenter on several occasions, and he did confirm that he had carried out these offences. He was granted bail but failed to turn up for a court date in December 2016.

The court heard he was at large until April 2021, when he was arrested on a European arrest warrant. He was extradited to Ireland in October 2021 after he had served a six-month prison sentence for similar crimes in Scotland. Carpenter has 21 previous convictions, 10 of which were committed in Scotland.

Aoife O’Leary, BL, defending, said her client had gambling issues but was ashamed and remorseful for his actions. She said that Carpenter is trying to put his time in prison to good use, is an enhanced prisoner, and works within the officer’s mess.

He said Carpenter has a record of doing the same, and when matters became critical, he removed himself and went to Scotland, only to make his way back to Ireland via a European arrest warrant.

Judge Nolan noted the accused’s guilty plea, his remorse and that he is getting on well in prison. He sentenced him to six months in prison for deception arising from selling Electric Picnic tickets and two years in prison for taking money from people under the promise of accommodation.

Both sentences will run concurrently and were backdated for the time already served.