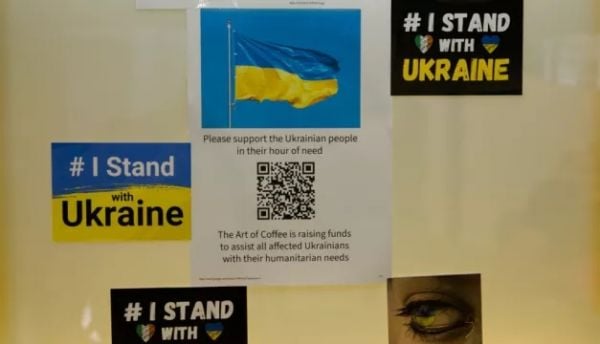 The secretary general of the Irish Red Cross, Liam O’Dwyer, has defended the use of a tented village at Gormanston College to provide accommodation for refugees from Ukraine arriving into the country.

On Wednesday night Irish NGOs supporting Ukrainians were told by the Department of Children that it has had to pause the intake of new arrivals into existing State accommodation because it had run out of available beds and space at Citywest and had no immediate contingency plan in place.

As a result refugees arriving in the country’s ports were now remaining there sleeping on chairs and on camp beds until there was a facility ready for them. “I think that’s the case. I don’t know,” admitted Mr O’Dwyer.

The situation will change in the coming days, he said as the tented facilities at Gormanston become available and people move into pledged accommodation which will free up space in facilities like Citywest.

The Government was also trying to get accommodation in larger institutional buildings ready for use, he added. Later in the autumn there would also be modular homes for 2,000 people.

However, Mr O’Dwyer expressed concern for people arriving from Ukraine without proper passports or documentation. “The worry is that people will be turned away or sent back”.

The Irish Red Cross is still accepting pledges for homeowners who want to offer a room or property to refugees.

The charity is working through over 10,000 pledges and have been in contact with everyone who volunteered so far.

It comes as the Government paused its intake of refugees, having reach full capacity in state accommodation centres.

The Taoiseach and relevant ministers will meet today to put together a contingency plan, which is likely to include a new facility at Gormanstown Army Camp.