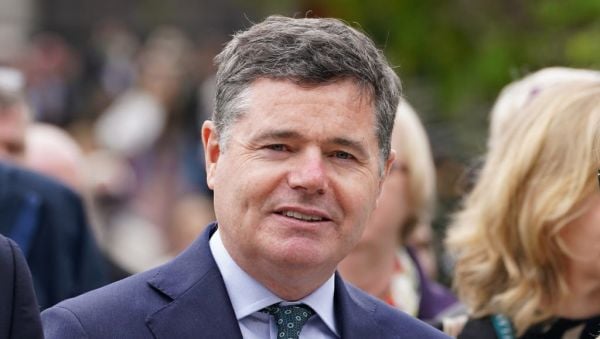 Russia switching off the supply of natural gas to Europe presents a “severe” risk to Ireland, Minister for Finance Paschal Donohoe has said.

The Fine Gael Minister said the “era of low-cost borrowing” is “clearly coming to an end”.

Discussing the summer economic statement published by the Government last week, Mr Donohoe said the war could cause further economic woes for the State.

“A chief further risk is the potential for a withdrawal of natural gas supplies from Russia to mainland Europe”, he said.

“While we do not presently view this as the most likely development, it clearly constitutes a very real risk nonetheless.

He said such an event would result in “major economic disruption in export markets” and have a “severe” effect on Ireland.

“So, in these highly uncertain times, with heightened vulnerabilities, managing the public finances in a careful and responsible way is a matter of urgency,” he said.

While recognising the surge in corporation tax receipts in the last year, Mr Donohoe said this presented an “overly benign” picture.

He said: “Much of the recovery in our public finances is due to the continuing surge in corporate tax receipts, up 53 per cent in the year.”

Although the increase in receipts is to be welcomed, he said they remain “extremely volatile”.

“To be clear, we welcome these receipts”, he said. “They reflect well on Ireland as an attractive location for highly profitable multinational firms.

“But, as I warned many times, these receipts are potentially extremely volatile and can’t be guaranteed at current levels in the future.”

Mr Donohoe said more than half of the Republic’s corporate tax yield is paid by 10 companies.

“This means that a very significant portion of our tax take is subject to business decisions and a small number of taxpayers,” he said.

He said the Government can’t repeat the mistake of using temporary revenue to finance permanent expenditure “because we know what happens when those revenues disappear”.

“I’ve therefore asked my officials to examine how much of the current corporate tax yield may be in excess above what should be expected from our economic fundamentals which we will report in advance of the budget.

“Identifying this excess will enable us to avoid basing expenditure on unreliable revenues while ensuring that Ireland remains a top tier destination for foreign direct investment.”