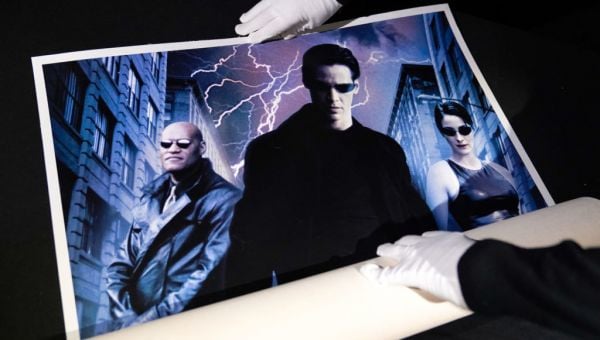 A veteran cinema worker was dismissed arising from the fallout of him playing an incorrect Matrix movie to “angry” filmgoers at Omniplex Sligo.

According to a decision by the Workplace Relations Commission (WRC), patrons were left “extremely irate and angry” after the Omniplex played The Matrix Reloaded instead of The Matrix on July 11th, 2019.

The 2003 Matrix Reloaded is the sequel to The Matrix in the Keanu Reeves film franchise, with the four films from the franchise generating a worldwide box office of $1.79 billion.

Omniplex (Cork) Limited dismissed Joseph Callaghan with 28 years of service after accusing him of trying to cover up his mistake of playing the wrong film by deleting the correct one, The Matrix, from the server.

Employed at the film firm since 1992, Mr Callaghan alleged that his duty manager, Mark Foley, telephoned him on the night after the incident and told him that the business’ owner, Mark Anderson, had advised that “Mr Callaghan’s head would roll for the wrongdoing on the night in question”.

After a filmgoer complained on the night of July 12th, 2019, to say that the wrong Matrix film was being shown, Mr Callaghan paused The Matrix Reloaded and turned on the lights at the screen.

Mr Callaghan gave the “angry” filmgoers passes and said they could return to the Omniplex at a future date to watch The Matrix.

In response to his dismissal, Mr Callaghan sued for unfair dismissal and WRC adjudicator Shay Henry has dismissed his claim, finding that Mr Callaghan was not unfairly dismissed.

Mr Callaghan claimed that the incorrect film, The Matrix Reloaded, was screened as the correct one, The Matrix, had not been delivered to the cinema and this was not identified beforehand as the film titles had similar names.

In his findings, Mr Henry stated from evidence given “it is clear that the correct film was deleted shortly after he (Mr Callaghan) had mapped the incorrect film.”

Mr Henry stated that the investigation by the employer concluded, on the balance of probabilities, that Mr Callaghan deleted the film.

Mr Henry stated that CCTV evidence showed that Mr Callaghan was present in the room with the server when the deletion occurred.

He said: “I therefore conclude that the company had reasonable grounds to believe that the complainant was guilty of misconduct.”

Mr Henry stated that it is clear from the evidence of the cinema firm company that it was their view “that the breach of trust went to the heart of the contract of employment and that dismissal was the proportionate response”.

Mr Henry said: “This position falls within the range of reasonable responses by the employer and therefore I conclude that the dismissal was fair.”

The film company told the WRC hearing that “while the screening of the incorrect movie was considered serious and disappointing, as it negatively impacted so many patrons and resulted in loss of revenue and reputation for the company, the more serious matter was that the mistake had been covered up intentionally by deleting the correct movie from the server, immediately after it was discovered the wrong one had been played”.

The film firm found that Mr Callaghan could not be trusted after the finding that he had deleted the film, and thus he was dismissed from employment on February 12th, 2020.

The Omniplex company stated that the actions of Mr Callaghan destroyed the company’s trust and confidence in him and rendered the continuation of the employment relationship impossible, therefore justifying dismissal.

In the case, Mr Callaghan was represented by John Anderson of McGovern Walsh Solicitors and Mr Walsh argued that Mr Callaghan had an exemplary record for the entire period of employment with this company.

Mr Walsh argued that Mr Callaghan suffered a personal injury on the premises and that this led to a breakdown in the relationship and Mr Callaghan asserts he was made a scapegoat for the mistake of the film company which sent the incorrect movie.

Mr Walsh contended that it was not of any advantage in any description for Mr Callaghan to delete The Matrix as alleged.

Mr Walsh stated that no evidence has been produced to prove that Mr Callaghan did in fact delete this film and other members of staff on the night in question had access to the projector room and there is no proof that the film in question was ever so deleted.

Mr Walsh also stated that it has not been shown or proven that Mr Callaghan deleted the film and there were numerous alternative explanations as to the non-existence of the film and/or it not being available.

Mr Walsh argued that the decision to dismiss Mr Callaghan was wrong and there were no grounds even for disciplinary action, much less than dismissal.

He contended that even if there had been grounds to discipline Mr Callaghan, which is denied, the sanction of dismissal was massively disproportionate.