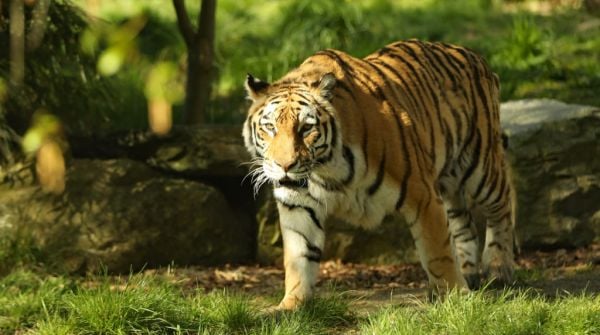 Dublin Zoo says animal welfare is its primary consideration, and it disputes what it calls unfounded allegations of mistreatment.

It follows claims by former and current zoo staff that were raised in the Seanad on Thursday, including serious welfare issues and safety and management concerns.

In a statement, Dublin Zoo said the allegations were made without any engagement with the wildlife park.

Speaking in the Seanad, Senator Annie Hoey claimed some animals were left in pain before eventually dying.

“I have seen footage and photographs of the animals and the unnecessary suffering they were left to endure is unfathomable.”

She said it was not what care and compassion for animals was meant to look like, and especially from a much loved institution like Dublin Zoo.

Ms Hoey said she spoke to a number of current and former Dublin Zoo employees who detailed the conditions some of the animals were in at the zoo.

She said: “The most detailed accounts of these issues have been provided to me by a whistle-blower via protected disclosure. It details the welfare management failings at Dublin Zoo as well as safety concerns.”

Today I stood up for the well-being of animals and workers in Dublin Zoo.

In a statement to the Irish Times, Dublin Zoo said the allegations were “wholly misleading and contain inaccurate clinical assessments”.

“Issues raised by members of staff regarding animal welfare at Dublin Zoo are treated with the utmost sensitivity and seriousness and are thoroughly investigated.

“Any disclosures are investigated immediately and rectified where appropriate. Staff can make animal welfare-related disclosures through their team, Dublin Zoo management or anonymously.”