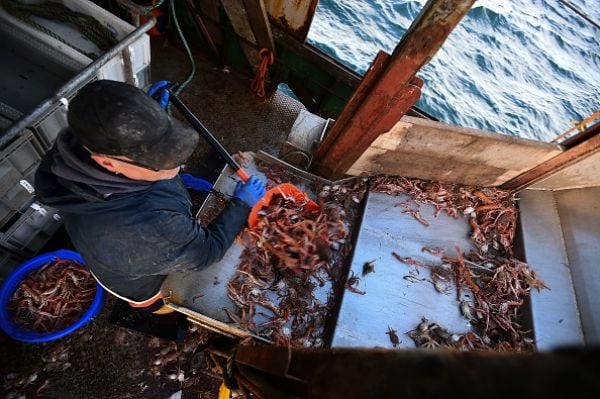 Two fishermen’s legal battle over a decision which led to a ban on prawn fishing off part of the west coast has ended with the Supreme Court dismissing their challenge.

It followed a finding by the Court of Justice of the EU (CJEU) against Pat Fitzpatrick, who fishes out of Ros a Mhil in Galway, and Michael J Flannery, of Dingle, Co Kerry, in relation to their challenge.

The Supreme Court, in a just published judgment which finalises the legal battle, said that following the CJEU ruling on certain key points in the case, the fisherman’s challenge must fail.

Central to the case was the decision of the Sea Fisheries Protection Authority (SFPA) in 2017 to decide to recalculate the catches submitted by fishermen because the SFPA believed there was serious under-reporting of prawn catches, from the Porcupine Bank off the west coast, in vessels’ electronic fishing logbooks.

Ultimately, the recalculated figures – using a number of other sources of data – led to the Minister for Agriculture Food and the Marine issuing a closure order in November 2017 for the Porcupine which is about 200km off the west coast. It effectively banned fishing for the species Nephrops, known as Dublin Bay prawns, Norway Lobster, scampi or simply prawns.

As a result, the fishermen brought their challenge against the minister and the SFPA claiming the decision could put them out of business. They said they were paying mortgages on their vessels and employing 12-14 fishermen between them along with more people onshore.

The respondents opposed the challenge.

In 2018, the High Court dismissed their challenge.

The men appealed to the Supreme Court arguing, among other things, that the new methodology of calculating fishing out-take was not in line with a 2009 EU regulation system for ensuring compliance with the rules of the common fisheries policy and was therefore in breach of Ireland’s obligations under EU law. They also sought a reference of the matter to the CJEU.

In July 2020, the Supreme Court decided to ask the CJEU for a ruling on whether the SFPA could utilise other data, such as fishing licences, landings, fishing authorisations and vessel monitoring data, to achieve more accurate figures when it believes vessel logs to be grossly unreliable.

Last February, the CJEU found the SFPA was entitled to do so and the matter came back before the Supreme Court for final orders.

In its judgment, the three-judge court said the CJEU ruling unequivocally points to the conclusion that the High Court was correct in determining that the methodology used by the SFPA was valid.

Costs were awarded against the fishermen in favour of the SPFA and the minister did not seek costs.