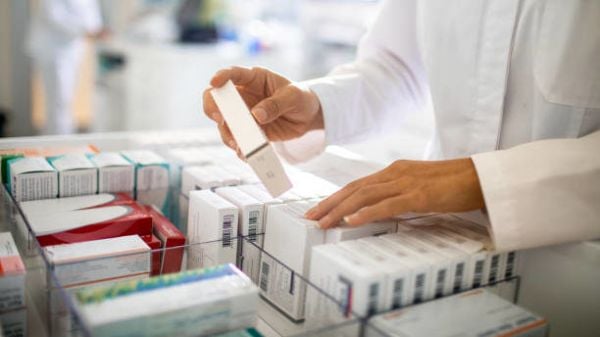 Five ‘frontline’ pharmacy workers missed out on bonus payments after they were found not to be wearing masks at work during the course of the Covid-19 pandemic.

Their employer issued the five with final written warnings last year over the non-wearing of masks.

In one case, a female worker was issued with a final written warning in April 2021 as a result of her failure to wear a face covering for what she described as “two very brief periods” while at work.

At a disciplinary hearing, the worker highlighted that she had been on the front line since the start of the pandemic, that her non-compliance amounted to little more than a momentary lapse of concentration and that the issue should be treated as a re-training matter.

The worker said the issuing of the written warning was unfair and caused her to lose a bonus payment that she was due to receive.

The employer said the non-wearing of masks incidents took place on December 28th and 30th 2020, not long after the country returned to Level 5 restrictions from midnight on December 24th 2020.

The employer stated that the non-wearing of masks by the worker lasted for 30 minutes and on the second occasion one hour.

This was contrary to company policy, it said, as well as HSE and Nphet guidance around the use of surgical masks in the healthcare setting.

The five brought claims under the Industrial Relations Act and in his findings, Workplace Relations Commission (WRC) Adjudicator, Breiffni O’Neill found in the case concerning the female worker issued with the warning in April 2021 that it was reasonable of the employer to impose the sanction of a written warning in respect of the Health and Safety breach.

Mr O’Neill stated that it was reasonable given the worker’s admission that CCTV showed her not wearing a mask “and that the breach occurred in a healthcare setting in the extraordinary world in which we lived at the time”.

The pharmacy firm pointed out that the workers’ written warnings have now been expunged from their file given that they have expired.

Mr O’Neill stated that given his findings that it was a reasonable decision on behalf of the employer to issue the worker with a written warning, it follows that the penalty which flowed from the imposition of the sanction, the non-payment of the bonus, was also fair and reasonable.

As a result, Mr O’Neill stated that he could not make a recommendation that is favourable to the worker concerned.

Mr O’Neill made the same findings for the other four workers and didn’t find in favour of their claims.