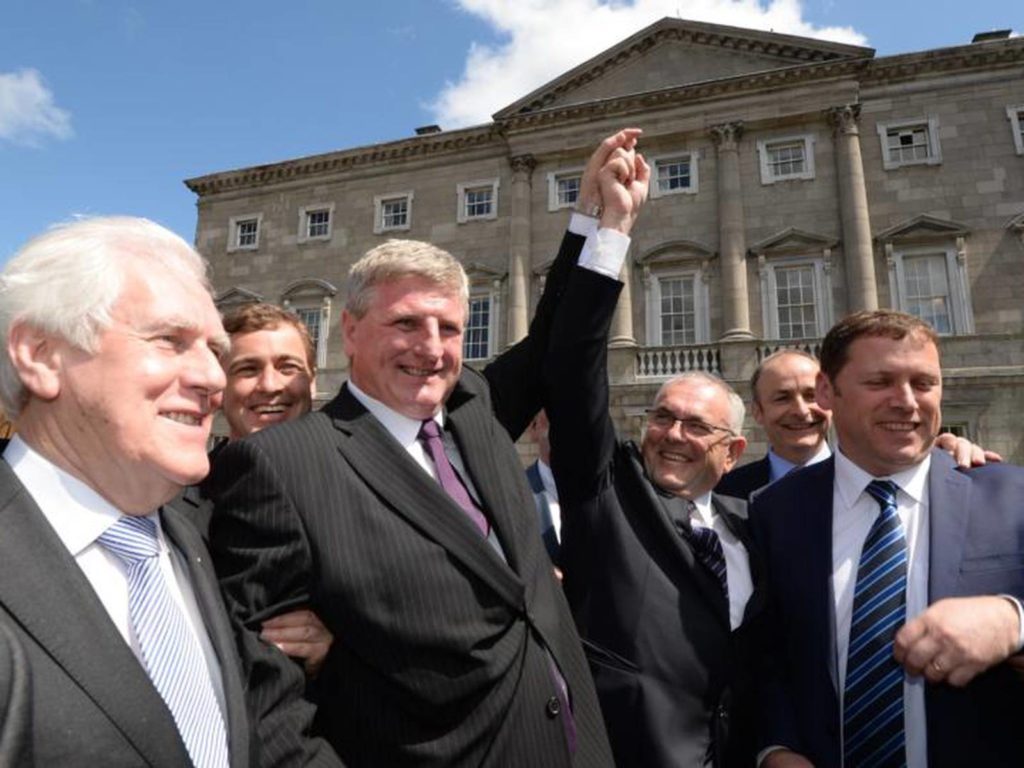 Taoiseach Micheál Martin has led tributes to his good friend and former TD Bobby Aylward who has died aged 67 following a battle with cancer.

Mr Martin said he was “deeply saddened” to learn of the sad passing of the former Carlow/Kilkenny TD.

Mr Aylward was a lifelong member of Fianna Fáil and a proud member of the Aylward family, a family that has given so much to the people of Kilkenny and Ireland over many decades, Mr Martin said.

“Bobby continued that proud tradition of service with great distinction. Bobby served as a county councillor on Kilkenny County Council, first elected in 1992 and was re-elected at every local election thereafter,” the Taoiseach said.

Mr Aylward remained on the council until his election to Dáil Eireann in 2007, representing Carlow Kilkenny.

He remained a TD until 2011 and was re-elected to Dáil Eireann in the byelection in 2015, later re-elected in the general election of 2016.

“I am deeply saddened to learn of the death of my very good friend Bobby Aylward. Bobby was a deeply committed public representative.

He was a proud Mullinavat man, rooted in his community, and personified the legendary spirit of his club, Ballyhale Shamrocks.

“This great sense of place gave Bobby a wonderful authenticity and made him the man he was,” Mr Martin said.

“I warmly remember campaigning with Bobby during the 2015 byelection campaign.

“I particularly remember his infectious energy and enthusiasm, and the warmth in which he was held by the people of Carlow Kilkenny and his tireless campaigning for them during the campaign, and thereafter,” he said.

“Today, as we mourn the loss of a valued party member and friend, on my own behalf and on behalf of the Fianna Fáil organisation, I want to express my deepest sympathies to Bobby’s wife Helena, his children Bob, Mark and Triona, his brothers Liam, Eddie, Pat, Maurice, Seán, sisters Claire, Margaret and Kathleen, his grandchildren and to all his extended family, friends and community in South Kilkenny and beyond at this difficult and sad time,” he added.

Chairman of the Oireachtas Finance Committee and Kilkenny TD John McGuinness said it was very sad news this evening that Mr Aylward has passed away.

“Bobby was a fantastic public representative, a hard-working farmer, and a tireless activist for the communities he represented in South Kilkenny and beyond.

“While we may have fought hard elections, Bobby was a great colleague and a loyal lifelong member of Fianna Fáil.

“Thoughts and prayers with his family and friends at this sad time. Bobby will be sadly missed. May he RIP,” Mr McGuinness said.