Irish economy grew by 13.6 per cent in 2021 with surge in multinationals 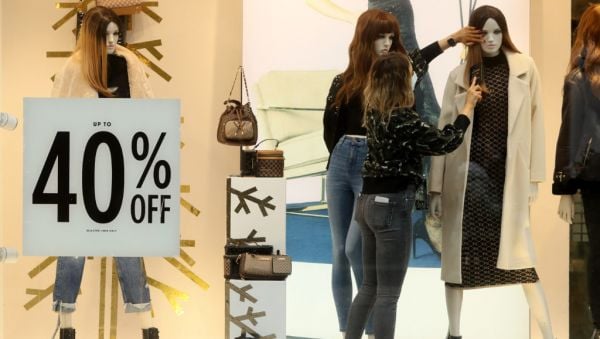 The economy grew by 13.6 per cent last year, according to the latest figures from the Central Statistics Office (CSO).

It was largely driven by a strong upturn in multinational-dominated sectors.

Modified domestic demand, a measure of the domestic economy, grew by 5.8 per cent.

The revised estimate for GDP growth for the first quarter of 2022 is 6.3 per cent.

The CSO said multinational-dominated sectors grew by 20.7 per cent in 2021 with all other sectors increasing by 4.8 per cent.

Exports grew by 14.1 per cent in 2021 while lower imports of Intellectual Property Products (IPP) drove a decrease of 8.3 per cent in overall imports

Personal Consumption of Goods and Services, a key measure of domestic economic activity, increased by 4.6 per cent in the year, reflecting the impact of the easing of the Covid-19 restrictions on household spending. 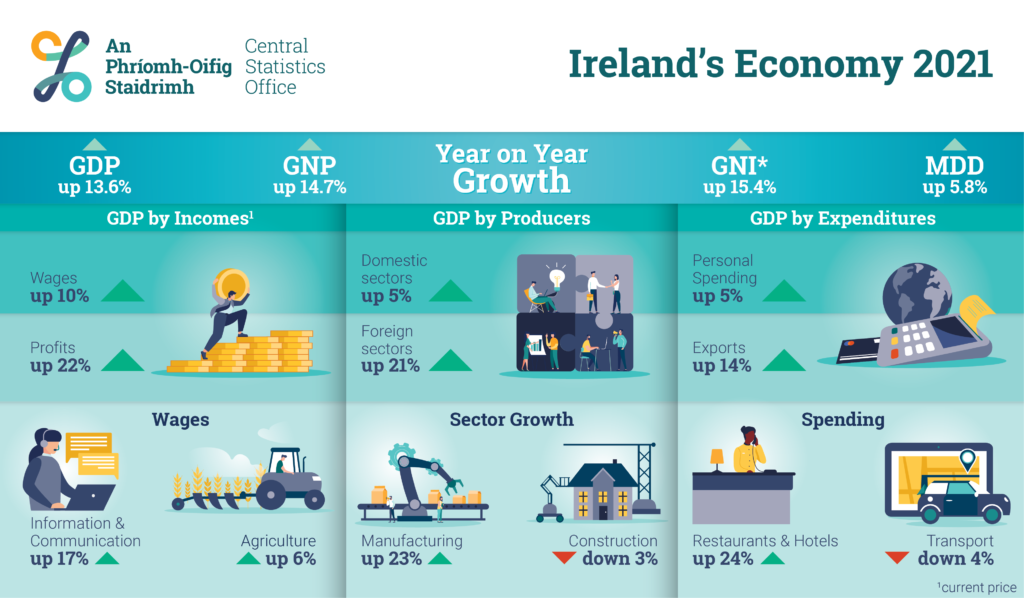 Assistant director general with responsibility for economic statistics, Jennifer Banim, said: “In the Annual National Accounts results, GDP is estimated to have grown by 13.6 per cent in 2021, driven significantly by a 14.1 per cent increase in Exports of Goods and Services.

“The easing of Covid-19 related restrictions led to higher levels of economic activity in 2021 for many of the sectors focused on the domestic market.

“Finance & Insurance increased by 17.8 per cent in the year, Real Estate activities by 6.6 per cent while the Distribution, Transport, Hotels & Restaurants sector increased by 3.8 per cent. However, the Construction sector contracted by 3.1 per cent.

She said growth in the globalised industry sector (excluding construction) grew by 21.4 per cent in 2021 compared with 2020 while the Information & Communication sector increased by 16.1 per cent in the year.

She said in terms of examining PCE constant price levels over the past three years, personal spending reached €104.5 billion in 2021, a recovery when compared with the result in 2020 of €99.9 billion, but 6.8 per cent lower than the €112.1 billion pre-pandemic level of spending in 2019.