Lawyers for Trinity advise against non-disclosure agreements for board 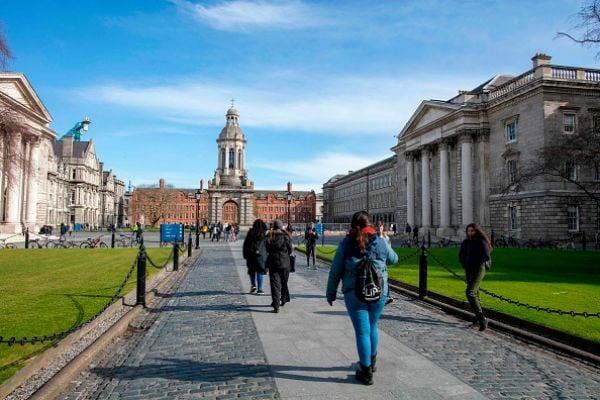 Lawyers for Trinity College Dublin (TCD) have recommended against the introduction of non-disclosure agreements for board members following a recent suspected newspaper ‘leak’ from a board meeting.

The board of the college sought the legal advice after Provost, Dr Linda Doyle told an April 20th board meeting that a board discussion at a previous meeting featured in a media story “on a potential criminal investigation” at TCD, according to board minutes.

The April 20th board meeting took place nine days after The Irish Examiner revealed that a number of “alleged unauthorised payments” at TCD are under Garda investigation.

The news report referred to a discussion on the matter at TCD’s March 23rd board meeting.

The minutes added that the Provost advised that if a Board member or person in attendance felt that information needed to be shared more widely then that point should be raised at the Board meeting at which the matter is discussed.

The minutes state that “several Board members expressed their concerns about breaches of confidentiality and voiced their strong support for the principle and practice of Board confidentiality”.

The minutes further state that following comments from Board members, the board agreed that the Secretary to the College would take legal advice on whether a confidentiality agreement was to be completed by Board members and those in attendance would be advised.

On Friday, a TCD spokeswoman said: “The Board has been advised that legal advice has been received in relation to the duties of Board members in respect of Board confidentiality and the introduction of non-disclosure agreements has not been recommended.”

The criminal investigation is referred to the TCD 2021 annual report where it states that during 2021 the University was made aware of alleged inappropriate payments relating to one of its activities.

As part of a general report attached to financial statements, Dr Doyle and Chief Financial Officer, Peter Reynolds state: “The matter has been escalated in line with University Policy and appropriate notifications have been made. Whilst investigations are at an early stage, a preliminary information gathering exercise has identified concerns with a proportion of these payments.

It adds: “Trinity has put in place a process to manage the ongoing investigation and to implement responses to the issues identified. The University has also taken immediate actions to strengthen the control environment relating to this activity. The total amount of the relevant payments identified to date is not considered to have a material effect on the financial statements as presented.”

Asked for an update on the investigation, the TCD spokeswoman said: “As the matter is being investigated by the gardaí, we are not in a position to say anything more at this stage.”

The disclosure of the inappropriate payments also draws the attention of Comptroller and Auditor General, Seamus McCarthy in his report on the 2021 financial statements.