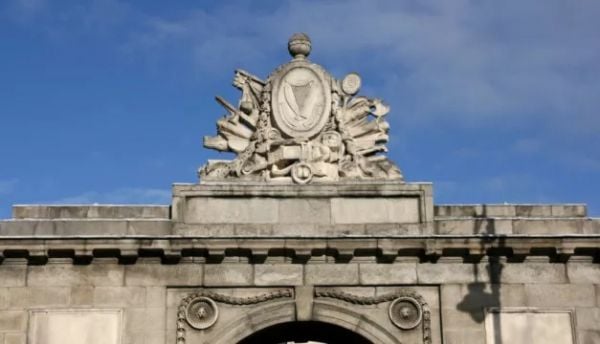 The State has appealed a trial judge’s direction to acquit a man who was accused of robbing an elderly Laois woman of her pension and holiday money at her own back door. The 38-year-old man, who cannot be named for legal reasons, was acquitted of the robbery charge in May 2021 after legal argument concerning the admissibility of identification evidence.

It had been alleged that the defendant followed the pensioner home from the SuperValu in Portarlington before robbing her of her purse at the back door of her home.

The defence had argued that a garda line-up in which he was identified was inadmissible because the defendant had not been informed that he was participating in one at Portarlington Garda Station.

The defendant had rejected participating in a formal line-up, so an informal one was arranged by gardaí without his knowledge at the station whereby seven men, including the accused, would walk with a garda along a corridor.

His defence team successfully argued that the line-up was unfair in that he behaved differently to the other men participating in it when he spoke to a garda in the corridor of the station.

His alleged victim was sitting in the corridor while the men were passing in 15-20 second intervals, so she could identify her alleged robber.

The woman was told by gardaí to squeeze the hand of her daughter, who accompanied her to the station, to signal the identification of the accused, who was in custody.

The defence argued that because their client was unaware he was in a line-up, he was the only one of the men to speak as the line-up passed by, which had marked him out. They also noted that he was the only member of the line-up who was in custody and without shoes.

Trial Judge Keenan Johnson agreed with the defence that the line-up identification should not be put before a jury and ordered them to acquit the defendant after the judge refused any additional evidence to be submitted.

The Director of Public Prosecutions has brought the appeal against the acquittal under Section 23 of the Criminal Procedure Act 2010.

On Friday at the Court of Appeal Michael Delaney SC, for the DPP, said that the evidence was “compelling” enough to be put before a jury as the accused’s victim recognised him instantly before he spoke and then remembered his voice.

He said gardaí ran the line-up to “quite a high standard” and had no choice but to run the informal line-up as the defendant refused a formal one.

Mr Delaney said when the woman was robbed she spun around and looked into her assailant’s eyes and counsel submitted she could identify the defendant “decisively”.

The barrister said there was a “strong” combination of evidence, including CCTV and clothing fibres, to corroborate the identification but that this was not allowed to be introduced by the trial judge, which he argued haad erred in disallowing.

James Dwyer SC, for the respondent, said the State was applying to challenge the judge’s ruling under the now-amended sub-section of the Section 23 of the Criminal Procedure Act. However, Mr Dwyer said that the act was only amended in February 2022 and did not appear to state if it functioned retroactively.

Mr Dwyer said that there was a question over whether or not the identification was “reliable and fair” and that the trial judge had decided it was not. He added that at one point the lady could not recall what garda station she was in and that a Garda sergeant contradicted her claim that she immediately told him that her alleged robber was in the line-up.

The barrister went on to say that if the lady immediately identified the defendant, which she claimed to do, then she did not view the rest of the line-up as the accused man was third in a line of seven passing through the corridor.

Mr Dwyer said the issue was also one of a question of mistaken identity and whether or not the woman “truly believed it was him”.

The Court of Appeal has reserved its judgment in the matter.