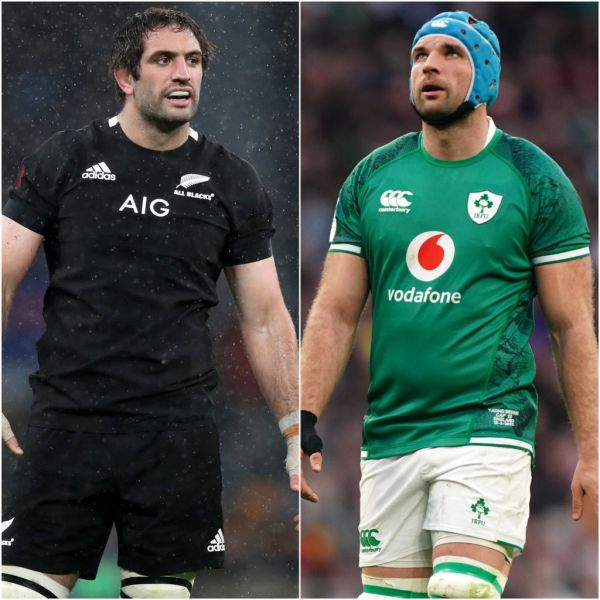 Ireland and New Zealand meet on Saturday for a mouth-watering series decider at Sky Stadium in Wellington.

The formidable All Blacks cruised to victory in the opening Test in Auckland a fortnight ago before falling to a first home defeat to Ireland last weekend in Dunedin.

On Saturday night Samuel Whitelock became the second most capped All Black of all time. He now sits on 133 Test caps. Legend 🙌

Only the great Richie McCaw now has more All Blacks caps than the influential Whitelock.

The 33-year-old, who was forced to sit out his side’s dismal display in Dunedin due to a delayed concussion, sets the standards for the hosts and possesses remarkable rugby intelligence.

His return provides a much-needed boost and timely injection of experience for the Kiwis as he starts alongside long-term partner Brodie Retallick for the 61st time at this level.

Half of Whitelock’s international tries came across two meetings with Ireland during his debut year in 2010.

Undoubtedly a game-changer, he was recently hailed as a “modern-day Paul O’Connell” by Ronan O’Gara and will be intent on inflicting more misery on Andy Farrell’s side.

Beirne has progressed from the periphery of the international setup to become one of Ireland’s top performers of the Farrell era.

The standout form which earned the 30-year-old a spot on last year’s British and Irish Lions tour of South Africa extended through the autumn and this year’s Six Nations, culminating in his star showing during last week’s landmark second Test victory.

Accomplished in any position across the back five of the scrum, Beirne is an imposing figure capable of grabbing games by the scruff of the neck.

He is a tackling machine – as evidenced last weekend – a menace at the breakdown, and possesses enviable athleticism, in addition to relentless work-rate.