Taoiseach to visit Japan and Singapore next week 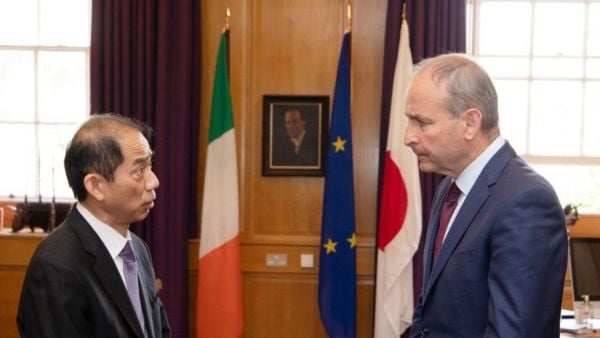 Taoiseach Micheál Martin will tour Japan and Singapore next week in a bid to grow Ireland’s relationship with the region.

Mr Martin will also express his sympathies to the people of Japan after the killing of former prime minister Shinzo Abe.

Speaking ahead of the visit from July 19th to 22nd, the Taoiseach said Ireland had “much in common” with Japan and Singapore.

“I am greatly looking forward to my visit to Japan and Singapore, two nations with which we in Ireland have much in common,” he said.

“While there, I expect to discuss Russia’s immoral and inhumane invasion of Ukraine, the impact of which is being felt all around the world.

“Our Global Ireland Asia Pacific Strategy seeks to deepen our links across the region, and this trip will be an opportunity to create even more opportunities for our countries to work together.”

Mr Martin will also visit the site of the new Ireland House in Tokyo, set to be completed in 2024, under the Government’s Global Ireland strategy.

While in Singapore, he will meet with prime minister Lee Hsien Loong, as well as representatives from a number of Irish companies operating on the island nation.