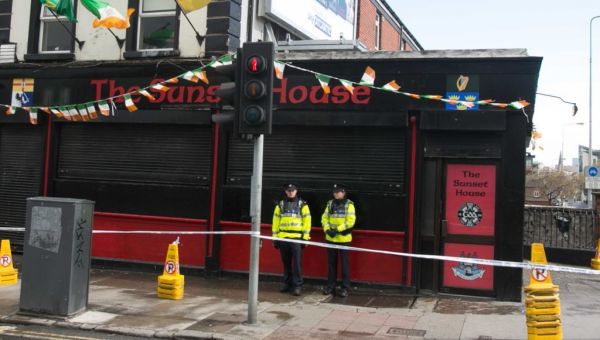 DNA evidence on a mask and a pair of runners found in the back of a car used by the men who shot Michael Barr dead at the Sunset House pub in 2016 is enough to convict a third man of the murder, the Special Criminal Court has found.

Christopher Slator (37) had denied Mr Barr’s murder and his lawyers argued that the prosecution had failed to prove that there was no innocent explanation for how his DNA ended up on the mask and runners. The three-judge, non-jury court on Friday rejected their arguments, saying there is no rational explanation for his DNA being on those items other than that he is guilty of murder.

The court also found that Slator fled the jurisdiction the following day by booking flights to Dubai with Eamon Cumberton, who has previously been convicted of Mr Barr’s murder. The two men returned to Ireland together about one month later.

Ms Justice Tara Burns said the flight was “extremely unusual” given that it was booked three hours ahead of departure and neither Cumberton nor Slator had any luggage or even a backpack or rucksack. She said the DNA evidence alone was enough to convict Slator, but the “highly suspicious” flight provides further support for the conviction.

On the night of April 25th, 2016, father-of-five Mr Barr was socialising at the pub, where he was a manager, when he was shot seven times – five times in the head. Two armed males had burst in wearing what were described as ‘Freddy Krueger’, or Hallowe’en style masks.

The trial heard there was “chaos and screaming” in the aftermath of the gun murder, which took place during a raffle for the families of Republican prisoners.

Slator will be sentenced to the mandatory term of life imprisonment later today.

Slator of Carnlough Road, Cabra, Dublin 7, had pleaded not guilty to the murder of Mr Barr at the Sunset House pub on Summerhill Parade in Dublin 1 on April 25th, 2016. He is the third man to go on trial in relation to the murder.

A fourth man, Martin Aylmer (36) of Casino Park, Marino, Dublin 3 was sentenced to a little under four years after he pleaded guilty to buying mobile phones for the gang who murdered Mr Barr. His sentence was later increased to six years by the Court of Appeal.