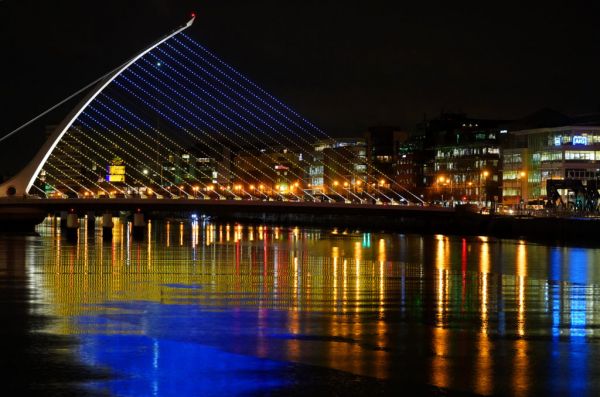 Minister for Children Roderic O’Gorman has said that he expects the first modular homes for refugees to be delivered in October and November with the remainder coming on stream early next year.

Speaking on RTÉ radio’s News at One, Mr O’Gorman added that it was his understanding that it took eight weeks to complete a modular unit and that the orders for the homes would be placed “very soon”.

While it would take time for the sector to “scale up” he anticipated the first homes would be ready in the autumn despite warnings from the construction sector that such a timeline was not realistic.

Ukrainians arriving into Ireland are being forced to sleep on blow-up mattresses in an old Dublin Airport terminal as the Citywest Transit Hub is at capacity, with a tented camp catering for up to 200 people due to open at Gormanston, Co Meath, on Monday.

However, around 70 per cent of those at Citywest are not Ukrainians and are part of the wider international protection system.

Mr O’Gorman said accommodating arriving refugees at the old terminal at Dublin airport was not ideal, and staff from his department were liaising with arrivals to ascertain their needs.

“We are trying to avoid anyone staying more than one night at the airport.”

The Minister pointed out that this was a war situation, the focus was to reduce numbers at City West and in student accommodation with the immediate goal of reducing reliance on the airport terminal.

While the numbers of people fleeing Ukraine had slowed between April and the end of June, in recent weeks they had increased again, possibly linked to the targeting of civilian areas in Ukraine by the Russian military, he said.

Mr O’Gorman said a number of factors had led to the increase in the numbers of people arriving in Ireland seeking international protection orders including pent up demand post Covid and the change in UK rules (Rwanda).

The change in approach being adopted by the UK was making a difference across Europe, he said.

According to the Irish Examiner, the Government will move ahead with deportations, stricter airport controls and a fast-tracking of the asylum decision-making process to address the spike in the number of non-Ukrainians seeking protection here.

The Cabinet subcommittee on Ukraine held an emergency meeting on Thursday night in a bid to address the immediate accommodation needs of those fleeing the conflict in Ukraine and provide support to those arriving from other countries.

While the Government is confident it can cope with the numbers arriving from Ukraine, one senior Minister said there are concerns around the significant rise in other asylum seekers which is “harder to manage”.

To date, more than 40,000 people have arrived in Ireland from Ukraine, 30,600 of whom have been accommodated by the State and through people who have pledged houses and rooms.

On top of this, 7,080 International Protection (IP) applicants have arrived in Ireland so far this year, which compares with 2,648 arrivals for the whole of 2021.

Speaking on Friday morning, Pat Carey from the Irish Red Cross said some local authorities are not acting as quickly as others in coordinating inspections of accommodation pledged for Ukrainian refugees.

“There are some local authorities that are very proactive, there are some others that find it difficult to get the accommodation inspected,” he told Newstalk Breakfast.

“For a variety of reasons there are delays, that’s why you have organisations like the Peter McVerry Trust, for example, assigned to a certain part of the country. That’s being used as a way of speeding up inspections”.

Mr Carey acknowledged that having people sleep in the old terminal building at Dublin Airport was not an ideal situation, but it was for a short period “hopefully”, he said.

He pointed out that despite the problems, the accommodation of refugees continues. “Where there is coordination, cooperation, things move quite smoothly and families are being accommodated,” he said.

The process was complicated and slow, he said, and a high number of pledges made in the early stages had been withdrawn for a variety of reasons. “It is not simply finding someplace that you can put a family into. Placing a family in with another family is complicated – sometimes it works, sometimes it doesn’t.”

When asked about The Irish Times poll which showed voters in favour of limiting the number of Ukrainian refugees admitted to the State, Mr Carey said there was some evidence that support for refugees had waned slightly as other needs such as the cost of living came to the fore.

“There are other needs – the cost of living, our own wants and needs and so on are competing with those of people coming from war zones,” he said.

Meanwhile, deportations of people who have had their asylum applications rejected will now resume, after being suspended during the Covid-19 pandemic.

Just over 2,000 deportation orders were issued before the pandemic in 2019, with 298 of these effected.

In addition, the Department of Justice is establishing an accelerated decision-making process for IP applicants from safe countries of origin. This means that people arriving from countries such as Georgia will have their applications fast-tracked, which is expected to cut the processing time from two years to between two and three months.

The Irish Examiner reports that enforcing stricter controls on arrival and cracking down on people using fake documentation is under Government consideration, as is expanding the number of countries that require visas for entry into Ireland.