Almost half of voters happy with abortion access in Ireland, poll finds 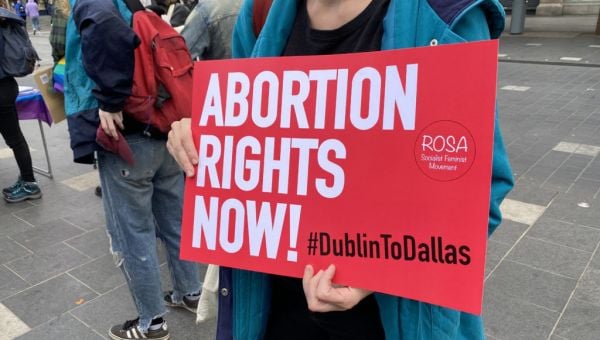 Close to half of all voters (48 per cent) say they are happy with the current level of access to abortion in Ireland, according to a new opinion poll.

The latest Irish Times/Ipsos poll found just a quarter (25 per cent) of respondents said they wanted easier access to abortion.

Six per cent said they wanted access to be made more difficult, 10 per cent of respondents said abortion should not be available in Ireland at all, and a further 10 per cent expressed no opinion.

Respondents to the poll were reminded that abortion is permitted “up to 12 weeks and after 12 weeks in the cases of a threat to the life or health of the mother, or fatal foetal abnormalities”.

Women were more likely than men to say they are happy with the current situation, with 51 per cent choosing this option, against 45 per cent of men.

However, women were also more likely to say they want easier access to abortion, with 26 per cent selecting this option, against 23 per cent of men.

Younger voters, wealthier voters and those in Dublin were more likely to back wider access to abortion, with 35 per cent of those under 35 favouring this option.

Older voters, farmers and those who are least well-off were most likely to favour a complete ban on abortion.

The poll was conducted among 1,200 adults at 120 sampling points across all constituencies between July 10th and 12th, with accuracy estimated at plus or minus 2.8 per cent.

The findings come after the US supreme court withdrew the 50-year-old constitutional protection for the right to abortion in the United States, and as the Government here prepares to complete a review into the operation of Ireland’s abortion legislation.

The Unplanned Pregnancy and Abortion Care (UnPAC) study, conducted for the HSE by Trinity College Dublin, found that the existing legislation is “problematic” for women seeking abortions at all stages of pregnancy but particularly for those facing diagnoses of fatal foetal anomalies.

Pro-choice campaigners have argued that despite the legalisation of abortion, the service is not available in parts of the country due to a shortage of GPs who are willing to provide abortions, while several public hospitals do not provide the service either.

There have also been calls from some politicians and pro-choice campaigners to scrap the three-day wait that a woman must complete before getting access to abortion medication.