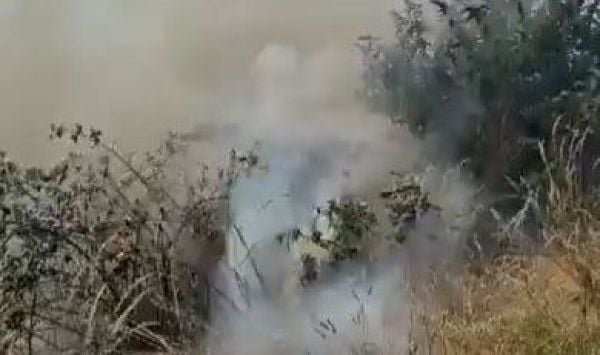 Firefighters from Finglas are dealing with a blaze in Tolka Valley Park in north Dublin this afternoon.

Dublin Fire Brigade posted a video of the fire on social media, showing undergrowth in the park alight.

It comes as a status-orange fire danger notice, indicating a high risk of forest or wildland fires, is in place nationwide until Wednesday.

Firefighters from Finglas are dealing with overgrowth on fire in Tolka Valley Park.

A Condition Orange: High Fire Risk is in place nationwide until Wednesday. pic.twitter.com/pVnBJ74vDh

The Department of Agriculture has said the risk of fires is expected to peak on Sunday.

“Arising from current weather patterns a high fire risk is deemed to exist in all areas where hazardous fuels such as dead grasses and shrub fuels such as heather and gorse exist,” it said.

“Members of the public intending to visit forests and other recreational sites are reminded to adhere to regulations regarding fire use.

“Forest visitors should not use barbecues or open fires at any stage. Vehicles must not be parked at site entrances or impede emergency service access to forest roads.”

The fire risk comes as Ireland’s highest temperature on record — 33.3 degrees at Kilkenny Castle on June 26th, 1887 — could be beaten in the coming days.

A status-yellow high temperature warning from Met Éireann will take effect at 6am on Sunday, with the country set to sizzle in daytime temperatures of more than 30 degrees Celsius over a 72-hour period beginning.

The short but intense heatwave has prompted further warnings over risks including heat stress, melting roads and power cuts.