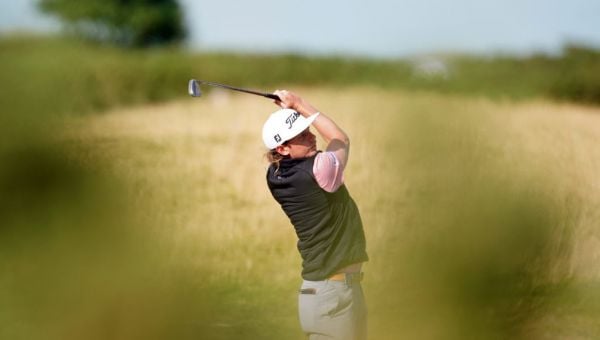 Open leader Cameron Smith is expecting “brutal” conditions on Saturday but is confident he has the game to deal with them.

Smith carded a flawless 64 for a 13-under-par halfway total of 131, surpassing the previous best for an Open at St Andrews – set by Nick Faldo and Greg Norman in 1990 and matched by Louis Oosthuizen in 2010 – by a shot.

It gave the Australian a two-stroke lead over Cameron Young, with Rory McIlroy and his Ryder Cup team-mate Viktor Hovland one further back.

“I think being off late again it’s obviously going to be a bit firmer, more like the first day I would say, so I would say it’s going to be pretty brutal out there,” said the 28-year-old.

“I think there’s going to be a few more gnarly pins, and I think being smart out there is definitely going to be the key to staying at the top of the leaderboard.

“I’ve always been a pretty good player in tough conditions. I think most Aussies are, for some reason.

“I think we’re all brought up to be smart golfers, hit away from the pin sometimes and that really serves us well, I think, in big tournaments and when the conditions get tough.”

But he will have an in-form McIlroy, in the group ahead, trying to pile on the pressure.

The Northern Irishman, who followed his opening 66 with a 68, will not change his strategy but is confident he can make inroads into the three-shot deficit as he seeks to win his first major since 2014.

“If Cam Smith goes out and shoots another two rounds like he did the first two days I’m going to have a really hard time to win the tournament.

“So I’ve just got to go out and do the best I can and worry about myself and hopefully that’s good enough.”

A hole-out eagle for Viktor Hovland!

Norway’s Hovland was having a mixed back nine, which included two birdies, two bogeys and a par when he reached the 455-yard 16th. Having driven into the right rough he was faced with a 139-yard approach but landed it perfectly, took a couple of hops forward before rolling into the hole for an eagle two – the first at the 16th this week – which boosted him to nine under.

Different day. Different Cameron. Same result. Smith birdied his first three holes, picked up three more around the turn and then holed from 60 feet for an eagle on the 14th to raise the prospect of equalling the lowest round in men’s major history, Branden Grace’s 62 at Royal Birkdale in 2017. That he had to settle for a 64, a score American Cameron Young had posted to take the first-round lead, after four successive pars coming home was no great disappointment as it gave him a two-stroke lead heading into the weekend.

The last two times Rory McIlroy was 10 under or better through two rounds of a major championship he won (2011 US Open and 2014 Open).

The 495-yard par-four 17th played as the toughest hole, yielding just six birdies all day, with 42 bogeys, eight doubles and one triple-bogey, resulting in a scoring average of 4.35.