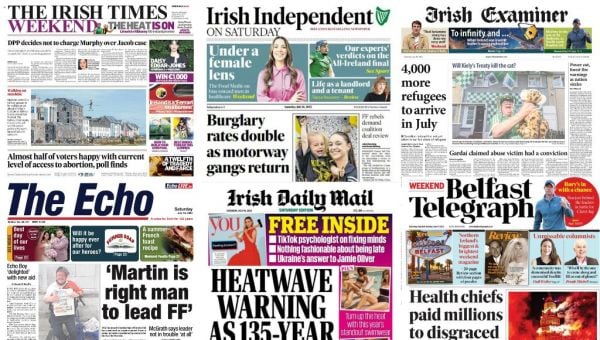 The Irish Times has learned that convicted rapist Larry Murphy will not face criminal charges over the 1998 disappearance and murder of Kildare teenager Deirdre Jacob, while a new poll in the paper has found that almost half of all voters (48 per cent) say they are happy with the current level of access to abortion. 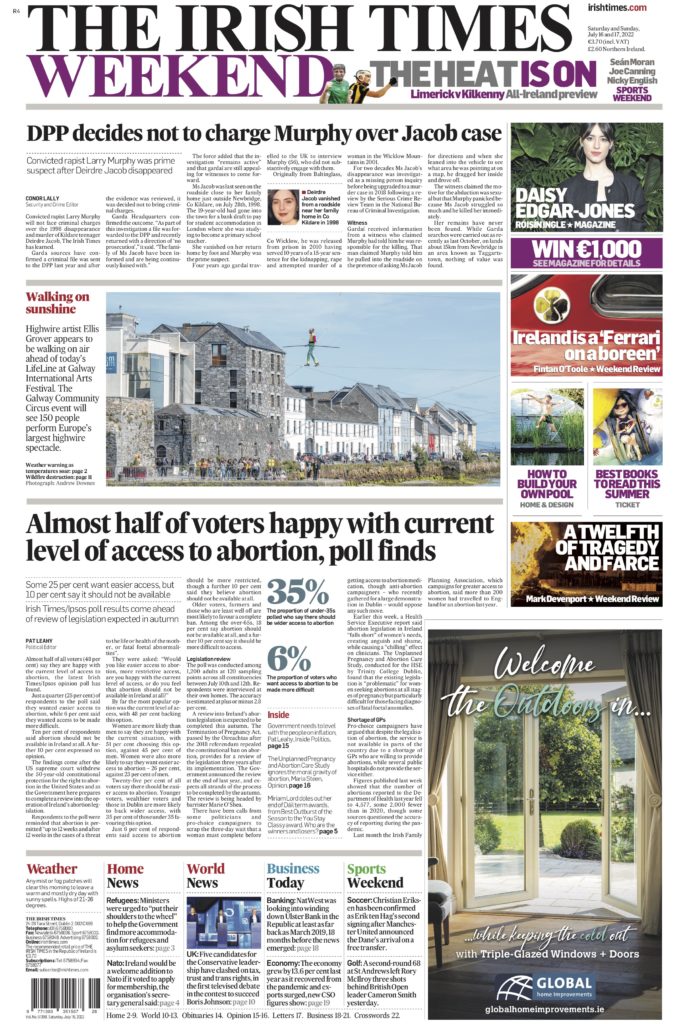 Another 4,000 refugees are expected to arrive in Ireland before the end of the month, according to the Irish Examiner, as Government ministers scramble to find homes for those families landing here. 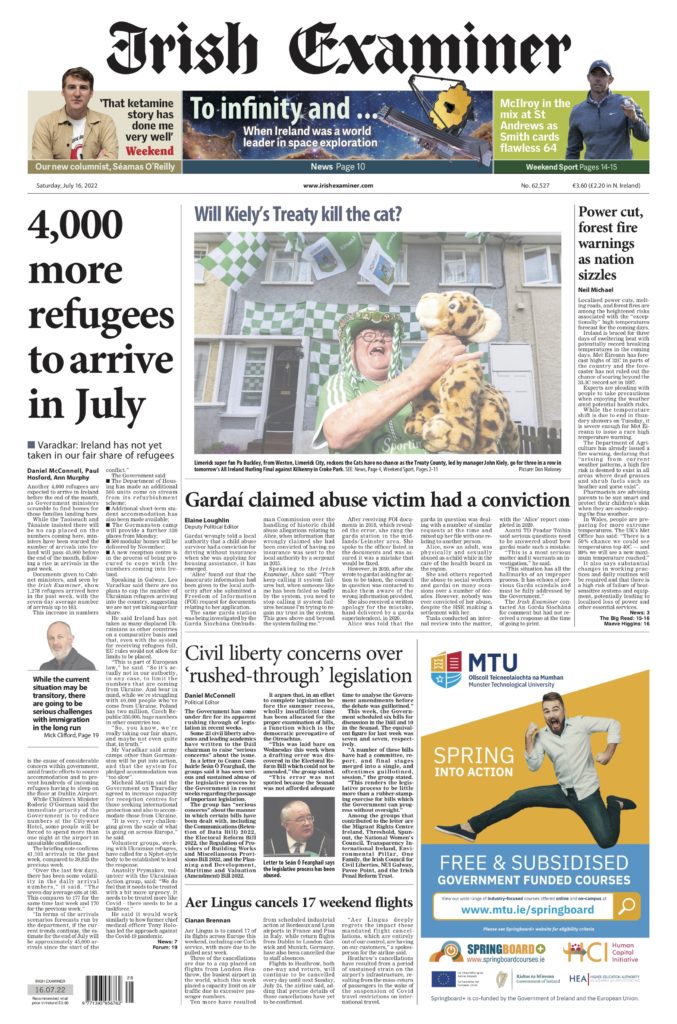 The Irish Independent says burglary gangs have returned to the motorway network, with the rate of break-ins doubling in some parts of the country. 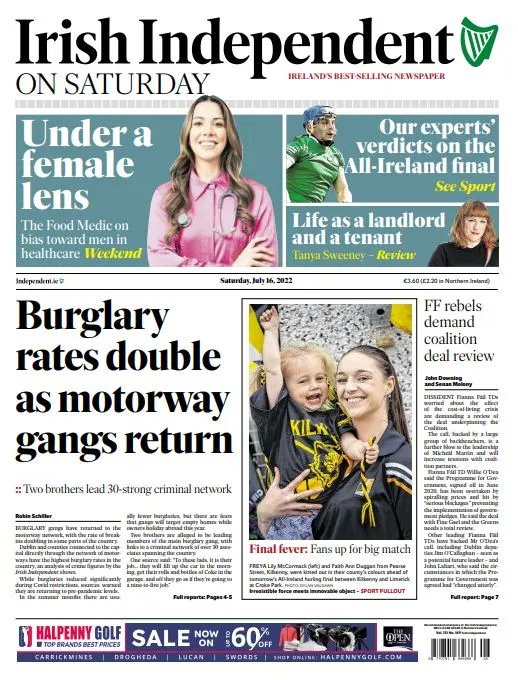 Ireland’s impending heatwave makes the front page of the Irish Daily Mail, which warns the 135-year-old record for the highest temperature ever witnessed in the country could be surpassed within days. 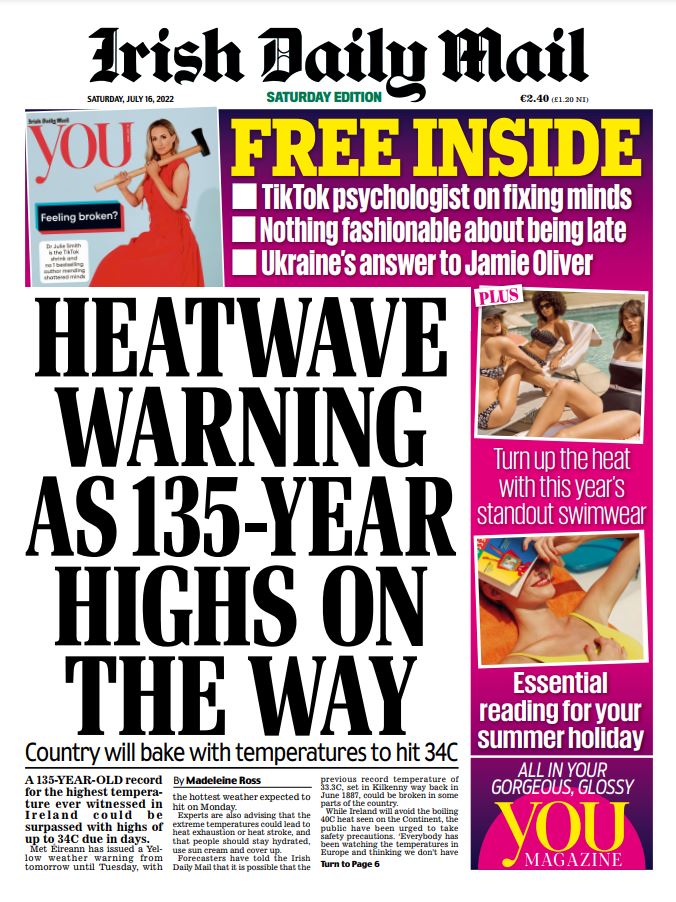 The Echo reports that the Taoiseach’s leadership of Fianna Fáil has received an endorsement from a senior minister considered by some to be his rival for the role – Minister for Public Expenditure Michael McGrath. 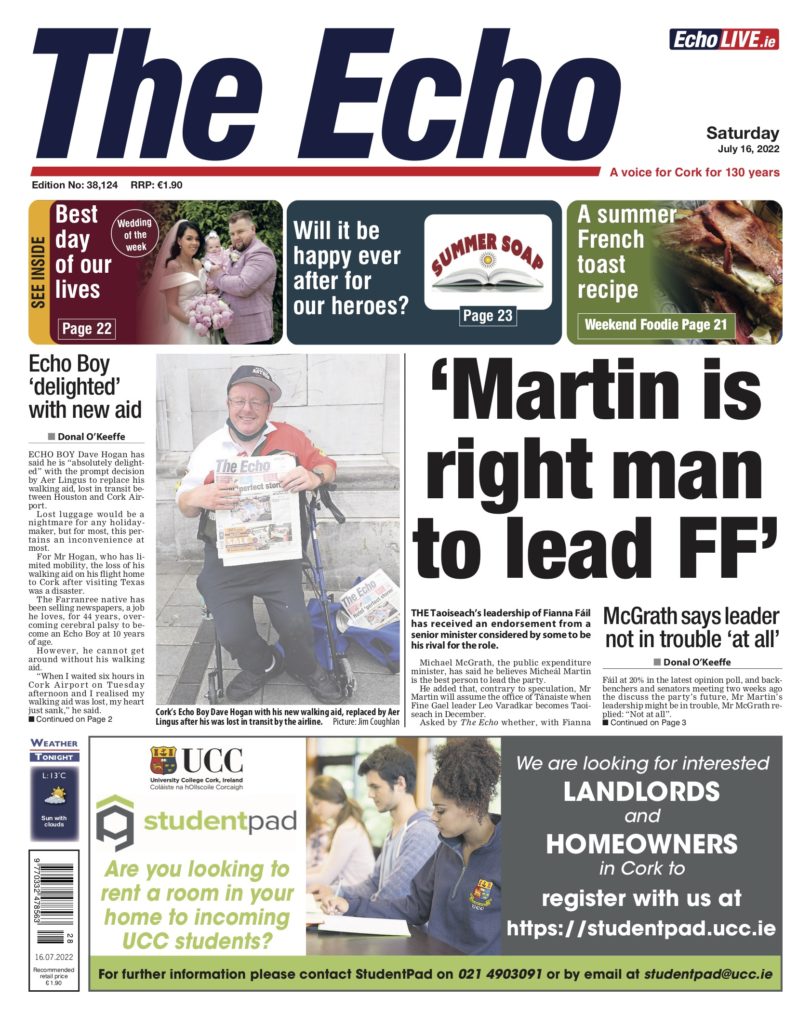 In Northern Ireland, the Belfast Telegraph says health bosses have paid almost £2 million to a private air ambulance company owned by a disgraced former doctor over the last decade. 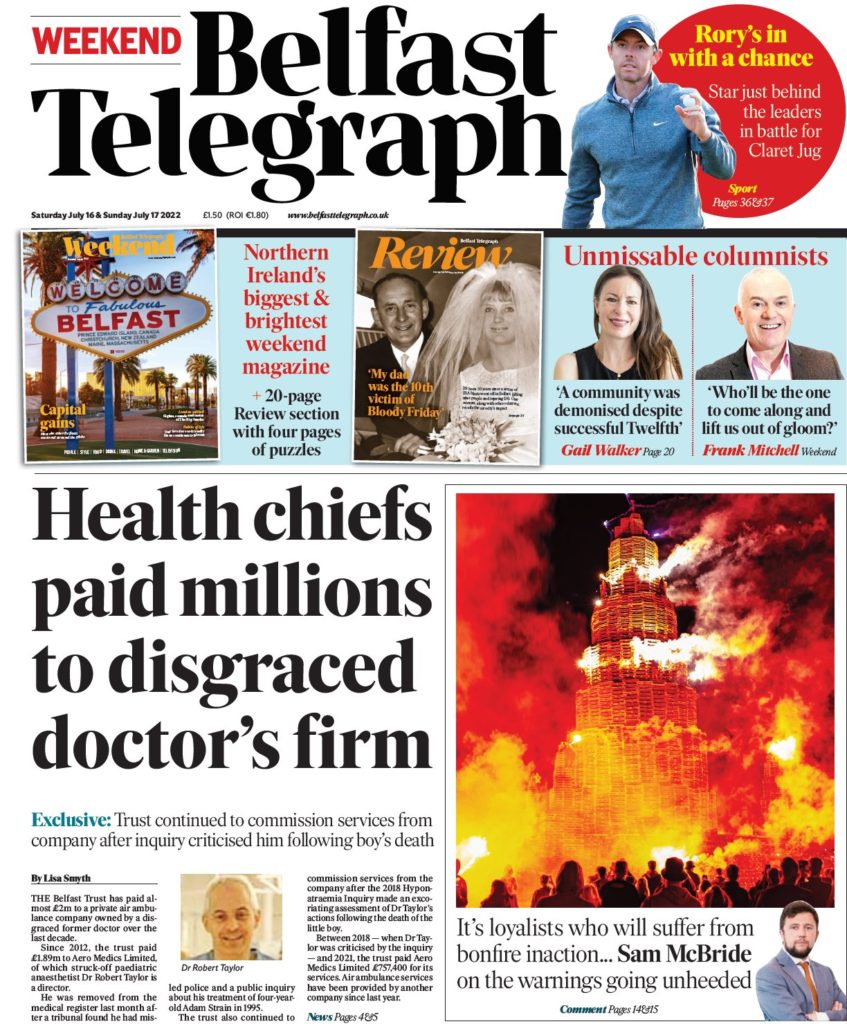 In Britain, potentially fatal heat across much of the UK and a politician’s plea for honesty are splashed across the papers.

The Met Office has issued its first red alert for a heatwave and there are fears thousands may die, reports The Guardian.

The story is also covered by the Daily Mirror and i, while The Independent reports many schools will close and the NHS will experience “extreme” pressure as the temperature nears 40C.

Meanwhile, back on the hustings where Tory leadership hopeful Penny Mordaunt touts her credentials in The Daily Telegraph and rival Liz Truss tells the Daily Mail she is considering a tax cut of £2,500 for families.

‘Mordaunt insists she is up to the job’#TomorrowsPapersToday

Rishi Sunak’s “plea for honesty” at the candidates’ debate as he accused Ms Mordaunt and Ms Truss of being irresponsible leads The Times.

Boris Johnson offers some advice in the Daily Express to his successor, saying they must “finish the Brexit job” and “protect his legacy” on Ukraine.

Tomorrow’s front page – Boris; message to next PM: You must finish job on Brexit’#tomorrowspaperstodayhttps://t.co/jlhM2Owyw2 pic.twitter.com/YH3UPb8new

Mr Johnson is set to offer pay rises averaging about five per cent to millions of public sector workers amid fears of ongoing industrial action, according to FT Weekend.

And the Daily Star looks to the coast as it says “we’re gonna need a bigger lilo” with research showing global warning will bring great white sharks to Britain.