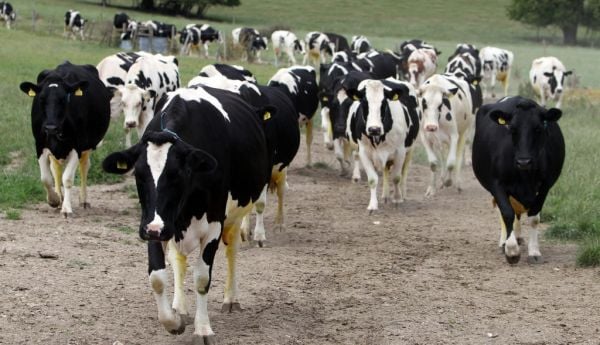 Green Party leader Eamon Ryan has said he hopes legally binding targets for cuts in emissions will be signed off before the end of this month.

The Minister for Environment said all three Government parties backed the Paris Climate Accord and predicted they would reach agreement for cuts in emissions in the agriculture sector.

Asked when sectoral targets would be published, Mr Ryan told RTÉ: “Hopefully before the end of the month, that is what we are aiming to do.

“It is important we do. It sets the sectoral targets of what each sector, transport, energy, commercial buildings, public buildings, agriculture.

“It is a real challenge because the scale of change is beyond compare. It will only work and we will only deliver it quickly if it is a change for the better.

“A lot of the discussions I am having with the Department of Agriculture, the Minister of Agriculture, is how we can do this and also increase incomes to Irish farmers.”

Mr Ryan added: “I think transport is going to be the most significant. That will require huge commitments for change at a local level where we switch to more public transport, more active travel, where we reduce the volume of transport as well as changing fuels.

“Each sector has its own challenges. No one sector can be left out.”

The Climate Change Advisory Council has recommended carbon cuts of 22 per cent to 30 per cent from the agricultural sector.

Mr Ryan was asked if he was confident that he could persuade his coalition partners to agree a 30 per cent cut. He said: “I am confident we will get agreement.”

He said some measures envisaged for agriculture will involve reducing the number of animals. He added: “Some of the measures would increase income to Irish farming but would also see a reduction in animal numbers.

“You don’t look at it just on the numbers, you also have to look at it on the income side. The vast majority of our produce is sold across the world. We get a premium because in people’s minds they think of this as a beautiful green island.

“We have to do it not just for climate reasons but also to restore water quality, to restore biodiversity, so we have every reason to make this change.

“There is a common understanding. We will reach a final agreement on the sector.

“All three parties in the Government agreed to Ireland playing its part in meeting the Paris Climate Accord.We need that, we have just heard that what we have been talking about for decades is now coming to pass.”