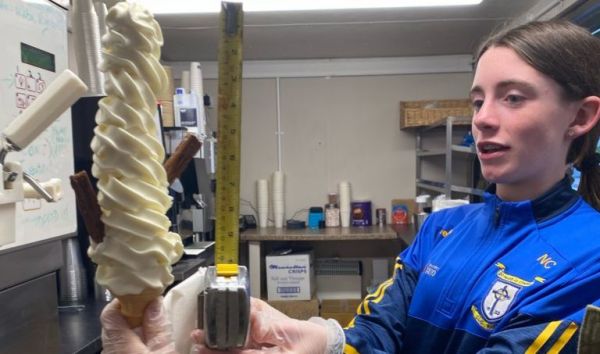 GAA club volunteers believe they have whipped up the title of both the biggest and best value cone in Ireland.

The volunteers at the Ratoath GAA Coffee Dock at the Sean Eiffe Park in Co Meath are selling the 10-inch ‘Big Defender’ cone with two flakes for just €3 – which all goes to club funds.

The club has proved competitive off the field as well as on, after the volunteers decided they could rival the ‘Big Boy’ cone at Currans’ Service Station, outside Dunshaughlin, Co Meath, which made media headlines earlier this week.

“It’s all a bit of craic and all for the club,” said Tina Power, who helps to run the recently opened Coffee Dock.

“The girls and I just decided for the fun that we could do a better and bigger cone and so after a few failed attempts, we finally whipped it into shape and we had a great craic trying,” she laughed.

“Our cones are €2 anyway but if anyone wants a ‘Big Defender’, they can have one for just a euro extra. 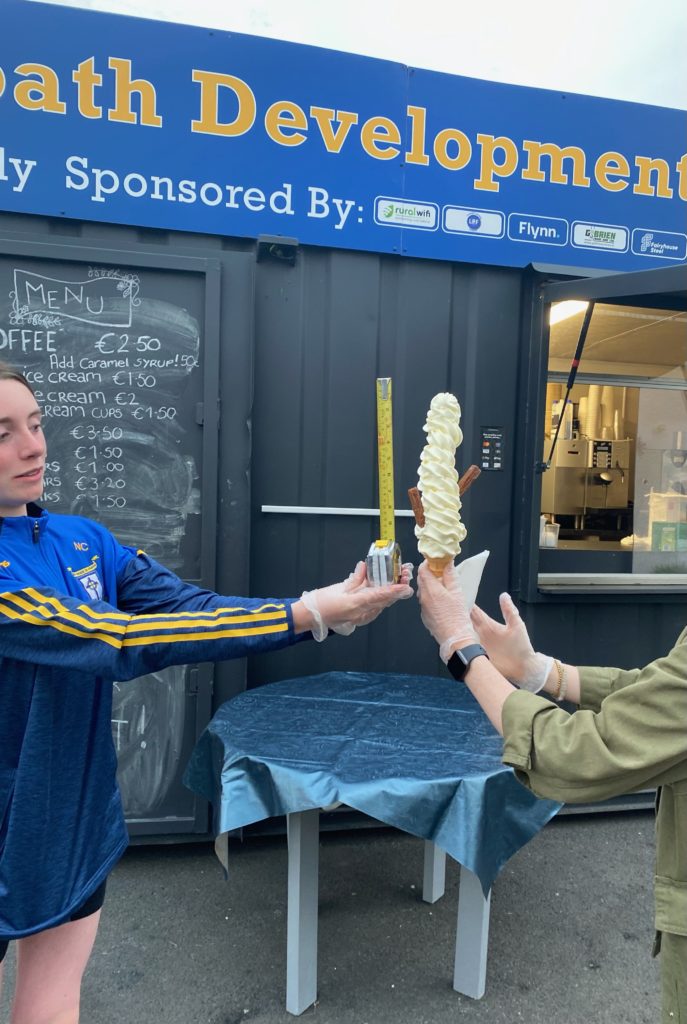 “We had a summer camp here all week with over a hundred children so we did it for a bit craic for them too and they loved it.

“We opened the Coffee Dock a few months ago.  We repurposed a 20-foot container and the mothers all painted and decorated it and club members donated their time and supplies to kit it out.

“All proceeds from the Coffee Dock goes straight back into this club and it’s manned purely by volunteers.”

Ms Power is mother to former Meath football player Brian Power, who has already been sent pictures of the ‘Big Defender’ to his home in New York.

“It’s getting a big reaction in New York, alright. Sure they love everything extra big over there,” she joked.

“As I said it’s a bit of fun for everyone and we won’t need Hawk-Eye to spot this cone.”