Martin Doyle: noted footballer who was well known in the licensed trade 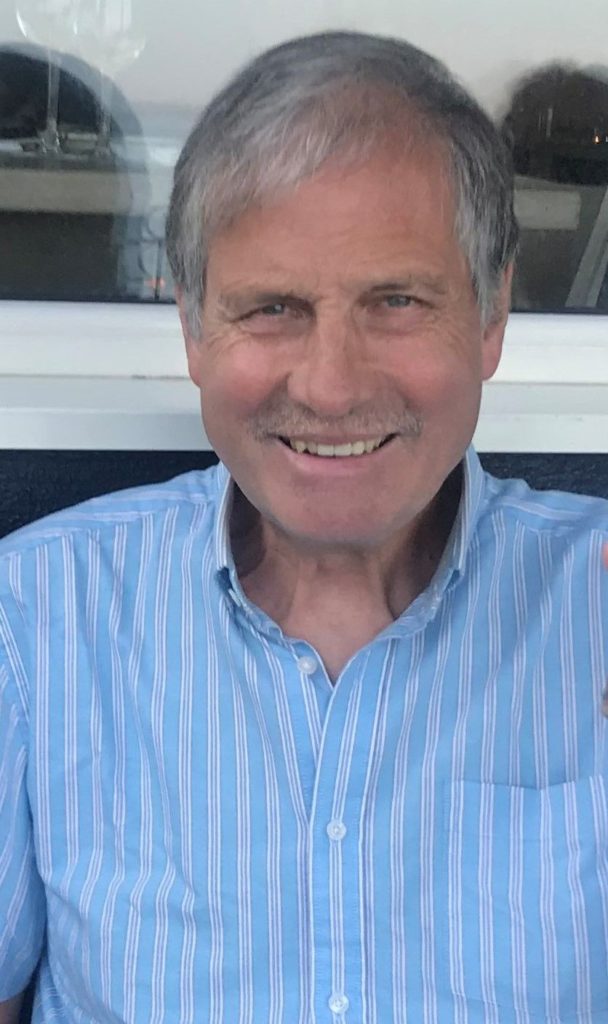 THE Kildavin/Clonegal area of Co Carlow lost one of its popular native sons with the passing on Friday 10 June of Martin Doyle, Terenure, Dublin, Croagh, Co Limerick and Ballinvalley, Kildavin.

Martin, who would have celebrated his 71st birthday on 17 July, died peacefully at St James’s Hospital, Dublin. He had been active and working up to late 2021, having been diagnosed more than three years earlier with Parkinson’s Disease. In the weeks before his passing, the medical diagnosis was Motor Neurone Disease (MND).

The youngest in a family of nine children – six boys and three girls – Martin was son of the late John and Elizabeth (née Scully) Doyle. His father was a well-known footballer with the Kilbride GAA Club in Carlow.

Educated at Kildavin National School and Tullow Community School, from where he gained his leaving certificate, Martin was, along with his older brother Tom (Ballinvalley), a member of the Clonegal parish team which won the Carlow under-14 football championship in 1963, defeating Muinebheag (Bagenalstown) in the final, following a replay. The Doyle brothers both played in the forward line.

By that time, Martin’s football and hurling skills had come to the attention of the late Ben Mulhall, principal at Clonegal NS and a wonderful man for the promotion of hurling and football.

That brotherly connection followed through in 1970, when Martin and Tom were members of the Kildavin team which won the Carlow SFC title with a final victory over Palatine. Martin, who was a free-taker, played wing-half-forward and Tom was corner forward.

Injury meant Martin was not part of the Kildavin team which reclaimed the SFC with a final victory over Ballinabranna in 1973.

A big, strong man and a fine fielder, Martin also played for Carlow senior and under-21 footballers, either in midfield or in the half-forward line.

After his playing days, Martin gave back to the GAA, being a selector under the management of the late Bobby Miller, when Carlow won the All-Ireland ‘B’ football title in 1994, defeating Westmeath in the final at O’Connor Park, Tullamore.

In the early 1990s, Martin was involved with the great Éire Óg club of that decade. He got to know many of the Éire Óg players from his time as a county senior selector and had great admiration for the side from Teach Asca. His contribution was greatly appreciated by Éire Óg and there was a large presence of club members at Martin’s obsequies.

After his school days, Martin went to work in the bar trade in Dublin, serving his time to the trade in a number of inner-city pubs, including Bohan’s and Lloyd’s. He found his niche in the licensed trade, being a personable man, possessed of the common touch, which made him a popular figure with pub patrons and his landlord employers alike.

He then took the brave decision to go it alone in business through the purchase of The Hawthorn Hotel in Swords, Co Dublin. That was in the 1980s, and the success of that venture led him to head back into the city, where he bought Portobello House beside the Grand Canal.

In time, Martin left the pub trade behind, moving to Croagh, Co Limerick, where he went to work as a chauffeur for Carrig Coaches, based in Ballyvogue, Limerick. Martin picked up holidaymakers at Shannon Airport, many of whom were Americans, and transported them to beauty spots all over Ireland.

In the latter years of his life, Martin returned to live in the capital, still in the employment of Carrig Coaches; this time his customers were the tourists arriving at Dublin Airport.

He continued working until the onset of serious illness towards the end of 2021.

The Kildavin-Clonegal GAA Club formed a guard of honour, meeting the cortège at the outskirts of the village. There was representation from many of Co Carlow’s GAA clubs as well as officers of the county board.

At the start of Mass, significant symbols of Martin’s life were brought to the altar, including a Kildavin GAA jersey, a hurley, a golf club and a football – Martin also won championships for hurling.

The readings, Prayers of the Faithful and bringing forward of the Offertory gifts were performed by members of the Doyle and Moran families. The singing of hymns at Mass was by Maura and Donie Nolan from Ardagh, Co Limerick.

Following Mass, Martin was laid to rest in Kildavin New Cemetery, with both priests reciting the final prayers at the graveside.

He is also survived by his cherished grandchildren Matt Downey, son of Trevor and Patricia; Liam, Cillian and Grace, children of Robert and Emma Doyle; Barry’s partner Sandra; also his former wife Patty, nieces, nephews and relatives, GAA colleagues, and his large circle of friends.

Martin was predeceased by his brothers Jack (Ballinvalley), Joe (Kildavin), Pat (Ballinvalley) and by his son Terence, who died in infancy.

The Month’s Mind Mass for Martin Doyle will be celebrated on Sunday 17 July in St Lazerian’s Church, Kildavin at 11.30am.