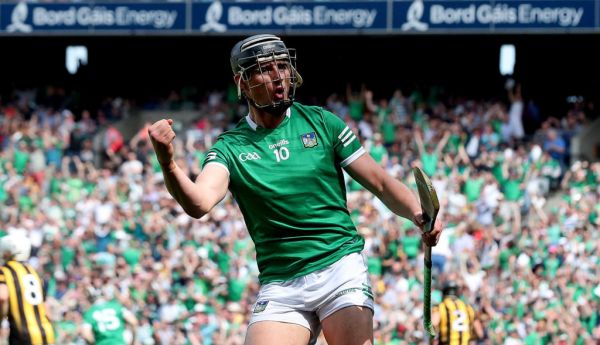 Gearoid Hegarty scored a goal early on in a close-fought battle in Croke Park that ended 1-31 to 2-26.

The Treaty county have succeeded in taking a historic three-in-a-row.

Rory McIlroy will look to end his eight-year wait for a Major title today.

The Co Down man has now taken the solo lead as he got his final round of The Open underway.

He is level par after four holes to remain on 16-under-par, one shot ahead of Viktor Hovland in second place and four shots clear of the chasing pack.

Elsewhere, Shane Lowry is in a tie for 24th on nine-under-par. The Offaly man is two-under after 10 holes today.

And Dubliner David Carey finished one-over for the day, three-under for the tournament and in a tie for 64th place.

There are two games down for decision in the SSE Airtricity Premier Division later on.

There’s a north-west derby in Ballybofey as Derry City take on Finn Harps.

Kick off there is at 6pm, while at the same time, Sligo Rovers welcome UCD to The Showgrounds.

Sweden will look to top their group at the Women’s European Championships this evening.

They take on Portugal in Group C from 5pm.

The Netherlands currently lead the group on goal difference, and they face Switzerland at Bramall Lane from the same time.

It’s Stage 15 of the Tour de France today, with the peloton making a 202.5km journey from Rodez to Carcassonne this afternoon.