Too little done to build understanding on island of Ireland – Taoiseach 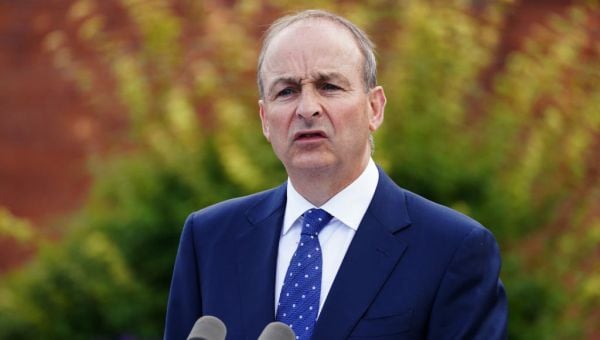 Taoiseach Micheál Martin is to say that too little has been done to build understanding and co-operation between Northern Ireland and the Republic since the Good Friday Agreement.

Mr Martin will also state in a speech on Sunday that the only route to Irish unity is “through everyone taking personal responsibility for challenging themselves and being open to change”.

The Taoiseach is due to speak at a commemoration event for Sean Lemass. The former Fianna Fáil leader was Taoiseach from 1959 to 1966 and died in 1971.

Mr Martin will state that part of the legacy of Lemass is his belief that everyone must be prepared to change to achieve a united Ireland.

He will say: “The harsh reality is that in the past two decades we have done too little to take up the historic opportunity of the (Good Friday) Agreement to build understanding and cooperation on this island.

“We have too often allowed the rhetoric of the headcount to replace the true republican spirit of engagement.

“The decision by Sinn Féin and the DUP to sideline and disband the Civic Forum has undermined non-partisan voices.

“Northern Ireland is still largely missing from news and current affairs coverage in Dublin – appearing only when there is a crisis to be covered.

“And therefore it is more open to being defined by the loudest voices, missing those in the middle and missing the greater diversity of the society.”

Mr Martin will say there is also a “rising tendency” to dismiss and abuse those who are not seen to be conforming to a particular approach on how to achieve Irish unity.

“It is remarkable how often it is that those who are loudest in calling for national unity who are the most divisive in how they treat people who don’t agree with their particular priorities.

“They have a remarkable range of slurs ready to throw at those who won’t just be quiet and do what they demand.

“As the last few years have revealed, there are vast areas where we simply do not know enough about each other on both sides of the border.

“We have built too few connections and we have done too little of the practical and hard work of finding out exactly what are the similarities and differences between us.

“Most importantly, the evidence is that many appear to believe that the route to unity is for other people to change.”

The Taoiseach will say: “In Ireland we have a tendency to see politics through a populist lens where it is for them to sort it out, whatever the issue is.

“However there is no escaping the fact that the only route to unity is through everyone taking personal responsibility for challenging themselves and being open to change.

“Equally we have to start being genuinely respectful of difference and allowing a debate where we avoid attacking and dismissing anyone who doesn’t simply fall in line with your view.

“And the first priority of anybody who values the welfare of this island has to be to restore the institutions of the Good Friday Agreement and show that cooperation is still possible.

“We have to end the destructive cycle of parties collapsing democratic institutions whenever it suits them.

“We have to restore trust that politics is not just a zero-sum game where there can only be one group who comes out ahead.

“We have to show people that their welfare now is as much of a concern as is choices which may arise in the future.”