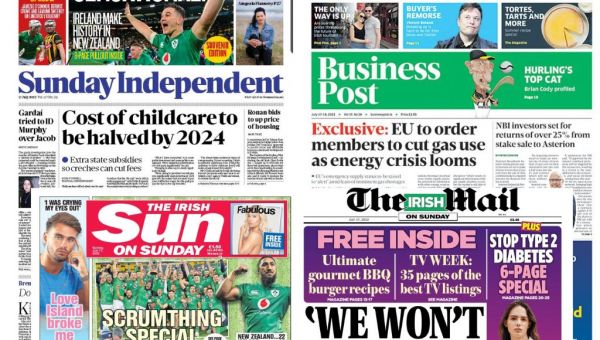 A looming energy crisis, a major cut to childcare costs and comments from the daughter of murdered DJ ‘Mr Moonlight’ make the front pages this Sunday.

The Business Post reports the European Commission will this week tell member states to start cutting their gas use immediately and will upgrade the EU’s emergency supply status to “alert” as the likelihood of shortages this winter increases. 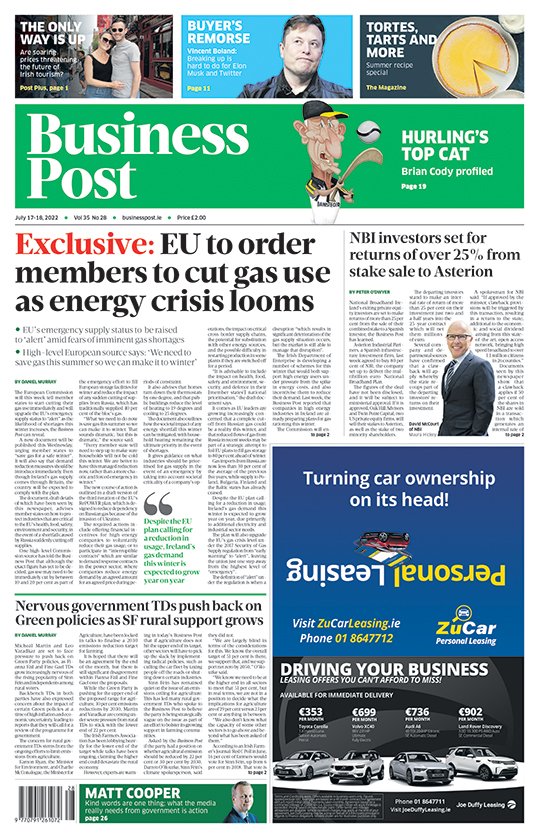 Childcare fees will be halved over the next two budgets as part of the Government’s plans to tackle the cost-of-living crisis, with significant increases to state subsidies paid out under the National Childcare Scheme, according to the Sunday Independent. 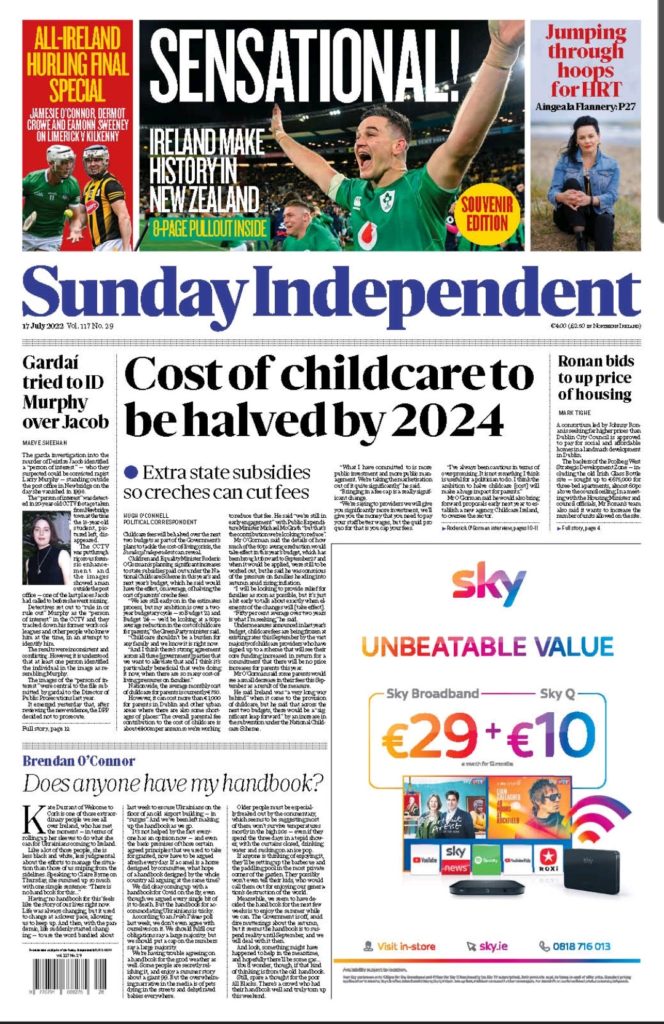 The Irish Sun says the daughter of murdered DJ Bobby ‘Mr Moonlight’ Ryan has demanded a human rights group “completely justify” any support for his killer Patrick Quirke, after it emerged the Irish Human Rights and Equality Commission might seek to join in Quirke’s Supreme Court appeal. 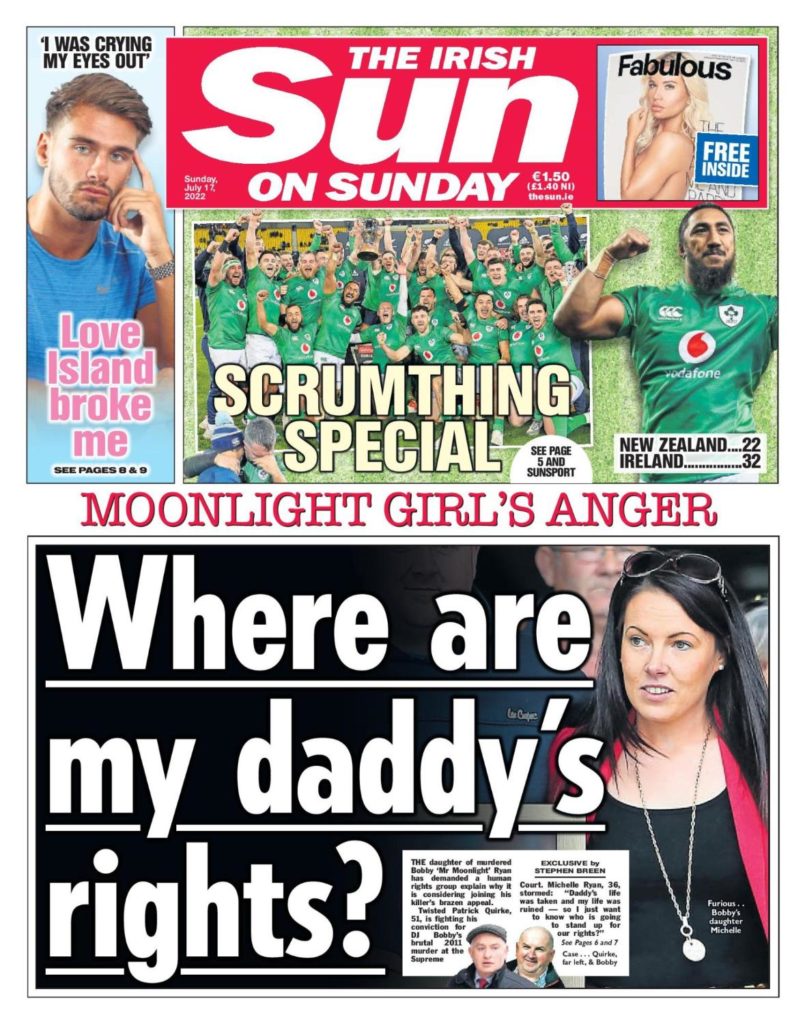 A significant number of Fianna Fáil TDs have warned they will not vote for Leo Varadkar as taoiseach in December unless Micheál Martin stands down as leader of the party, according to The Irish Mail on Sunday. 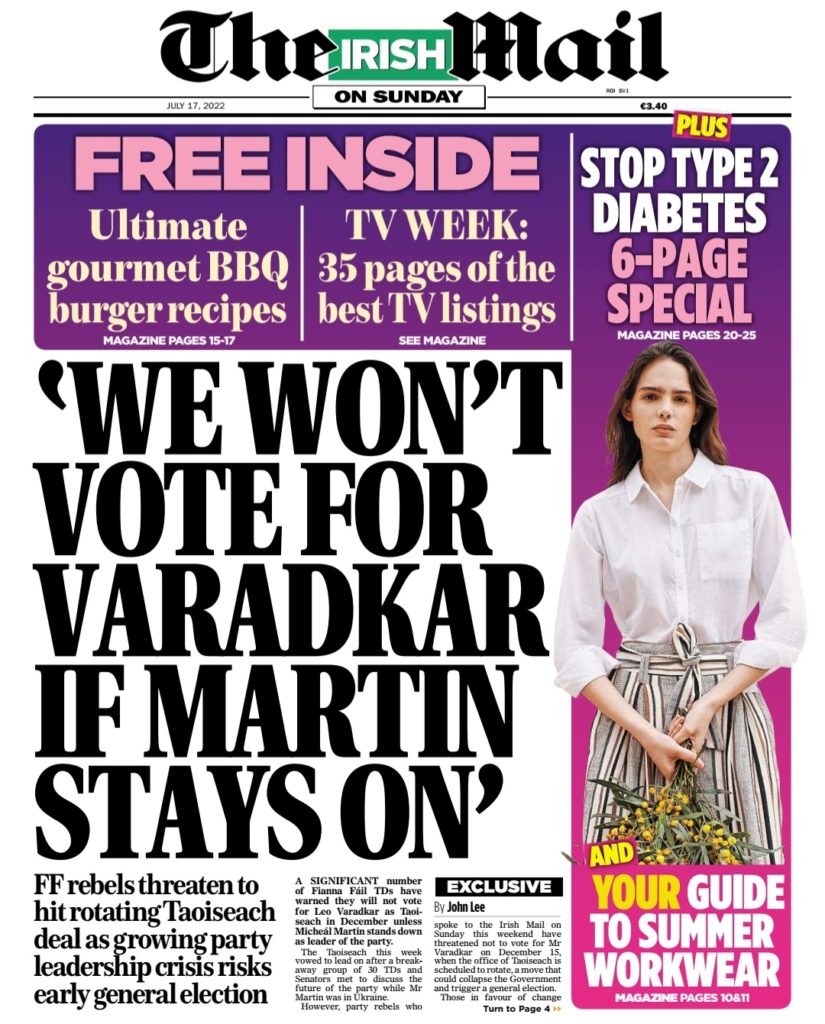 In Britain, the headlines deal with couples “romping” in the heat as well as political twists and turns.

Cabinet minister Alok Sharma hints to The Observer that he could quit if the next British prime minister is “weak” on the net zero agenda.

Boris Johnson will miss chairing an emergency Cobra meeting on the heatwave and will on Saturday host a leaving party, according to the Sunday Mirror.

Hopeful Tory leader Rishi Sunak pitches in The Sunday Telegraph, The Independent and Sunday Express to Brexit-backers in the party, saying he will get rid of EU rules on financial services and data.

Penny Mordaunt’s record on transgender issues is the focus of The Sunday Times and the Mail on Sunday, while Sunday People reports the PM-contender is in hot water for accepting donations from climate change sceptics.

Mail on Sunday: Does leak show Penny did back
gender self-ID? #TomorrowsPapersToday pic.twitter.com/hRrKb75kQD