Deliberate heading could be banned from football for children under 12 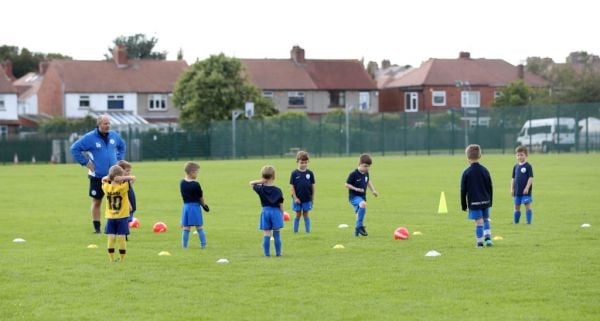 Deliberate heading could be completely banned from football for children under 12 in England in two seasons’ time.

The Football Association announced on Monday it had been given approval by the game’s lawmakers, the International Football Association Board, to trial the removal of heading in selected grassroots competitions and leagues which come forward to take part in the coming season.

If successful, the FA will apply to IFAB for a law change to remove heading at under-12 level and below from the 2023-24 season.

The @FA has been granted approval from The International Football Association Board to introduce a new trial to remove deliberate heading in football matches across U12 level and below in England from the start of the 2022/23 season.

It follows the introduction of guidance in 2020 which advised coaches against practising heading in training in football for children aged 11 and under, with a graduated introduction of light heading into training from under-12s up to under-16s level.

A recommended limit of 10 high-force headers per week in training was also introduced into professional football and the adult grassroots game before the start of last season.

The application for trial is part of the FA’s attempts to mitigate against any potential risks of heading a ball, at a time when research is continuing into the possibility of a link between repeated heading of a ball and neurodegenerative disease.