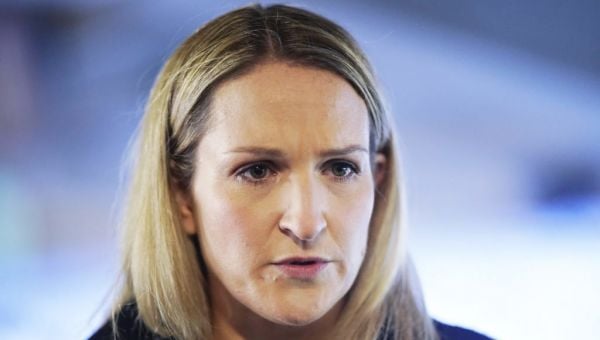 The Government has announced the tightening of refugee visa requirements amid a shortage of accommodation.

Visa-free travel will remain available for Ukrainian nationals but refugees travelling from safe European countries will be required to hold visas from Tuesday.

The come comes as the Government said Ukrainian refugees will only be expected to stay in tents at a military camp in Co Meath for a week.

Some 150 people will be moved there on Tuesday.

On Monday evening, it was announced that the Government has agreed to temporarily suspend the operation of the Council of Europe Agreement on the Abolition of Visas for Refugees (Council of Europe) for 12 months.

It described the temporary measure as a means to protect the integrity of the immigration and international protection systems.

Minister for Justice Helen McEntee said the Government has not taken the decision lightly.

“However, where there is evidence that there may be abuse of such systems, the Government must act swiftly to mitigate the risks to maintain the integrity of our immigration and international protection systems and uphold public confidence in those systems,” she said.

“In recent months, we have seen that the visa exemption provided for in the Council of Europe Agreement is being exploited, including by some who enter the state and subsequently claim international protection, despite having already been granted such protection by another European state.

“The suspension of the operation of the agreement is temporary and will be reviewed in a year’s time. In the meantime, Convention travel document holders who want to travel to Ireland can apply for a visa under standard visa arrangements.”

Minister for Foreign Affairs Simon Coveney added: “The decision taken today will assist in the protection of Ukrainians, and those of other nationalities, who are fleeing conflict, as it will lessen the incidence of abuse of this system. This step is not unprecedented: other Council of Europe member states have taken similar action previously.

“We will keep this decision, which is temporary in nature, under review, and will revisit it 12 months from now.”

It emerged last week that the Citywest welcome centre for Ukrainians had reached capacity, coupled with a shortage of accommodation for other international protection seekers.

Earlier, Minister for Children, Equality, Disability, Integration and Youth, Roderic O’Gorman, said his two main objectives were ending the use of Dublin Airport to house Ukrainian refugees and reducing numbers in Citywest.

He said this would be done by opening a second welcome centre in the next two to three weeks and using vacant buildings provided by the Department of Housing last week.

“We link it to the increase in attacks on civilian populations throughout Ukraine and I think we have managed the arrival of 42,000 Ukrainians and accommodating 30,000 of those over the course of the last couple of months in a reasonably systematic way,” he told RTE’s Morning Ireland.

The Minister also reiterated the Government’s assertion that the UK’s intention to deport asylum seekers to Rwanda for processing has contributed to a rise in asylum applications in Ireland.

He said: “There have been a range of changes to migration policy in the United Kingdom, and the Rwanda policy is just one element of that.

“And they’ve taken place over the last nine months to a year, and we believe that they are one of the reasons why we’re experiencing an increase in international protection applicants.”

Tented accommodation at Gormanston military camp is due to open for use for refugees this week, with around 16 people staying in each tent.

“Initially, we’ll be moving around 150 people in on Tuesday. There’s capacity for 350 in total, once Gormanston is up and running,” Mr O’Gorman said.

“It’s tented accommodation, so it’s large military Defence Forces marquee tents. There’s a number set out as sleeping for families and then there’s a number for recreation and a canteen as well.

“It’s not envisaged to be a long-term facility, it’s there… when numbers are high at Citywest there we can use that as a short-term accommodation before moving people on.

“I think a maximum of a week we’d be looking at, that would be my hope.”

The Government has agreed that a second welcome centre for Ukrainian refugees also be opened in the next two to three weeks that would “mirror” the range of services for refugees at Citywest.

“We haven’t got a final determination on the location yet, we’re in negotiations at the moment,” Mr O’Gorman said.

He said further capacity has been found by the Department of Housing and was referred to Mr O’Gorman’s department “late last week”.

The Minister said: “We’ll also be continuing to move Ukrainians into the new accommodation provided by the Department of Housing, that first tranche of refurbished buildings that the department handed over to us late last week.

“The department reckons it has identified at least 3,000 units of accommodation. This requires refurbishments, and for different areas the degree of refurbishment is greater or lesser.

“The first tranche of that, which has space for 500 individuals, have been handed over and we’ll be looking to move people into that this week and in the coming weeks.”