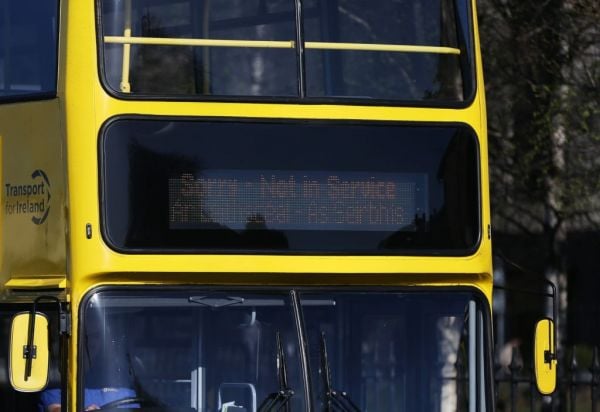 There is a huge deficit in public transport provision in rural Ireland, a report has stated.

According to Social Justice Ireland, the lack of reliable public transport in rural areas means that households are more reliant on their car to access basic services and commute to and from work and school.

Publishing its Social Justice Matters ‘Public Services’ policy brief, it found this reliance is contributing to the State’s carbon footprint, with transport being one of the three main contributing industries.

The report also stated that people in rural Ireland are forced to use their cars due to lack of public transport.

Nearly three quarters of all journeys taken in 2019 were by private car, as driver or passenger, whereas public transport accounted for just 4.8 per cent of all journeys.

The report calls for an increase in the provision of public transport in rural areas and provide greater investment in sustainable transport, biofuels and invest in hard infrastructure for cycle lanes.

It went on to state that in the emerging digital world, internet connectivity must cover 100 per cent of the population.

Internet connectivity in 2020 stood at 92 per cent, an increase of one percentage point from 2019.

Almost every household with children is connected to the internet compared to 79 per cent of adult-only households.

Fixed broadband connection is the most used, accounting for 85 per cent of households, the report stated.

It also found that people’s capacity to cope with financial crises is declining.

In 2018, almost four in 10 people (37.3 per cent of the population) reported being unable to face an unexpected financial expense.

The pandemic has exacerbated this, with many who found it hard to manage household expenses before finding it even harder.

Reported cases of fraud, mostly cases of unauthorised transactions and attempts to obtain personal or banking information online or by phone, more than doubled to 16,929 by the end of 2021.

As more and more make the move to online and digital money services, especially those who may be unused to using these services, effective education and fraud prevention measure must be enhanced, the report stated.

Speaking at the launch of the policy brief, research and policy analyst Susanne Rogers said that an expanded public sector, providing increased public services, is essential in addressing cost of living increases.

“This is particularly true for those in the bottom 20 per cent of the income distribution who are disproportionately impacted by cost-of-living increases.

“If the cost-of-living crisis is not to overwhelm Ireland’s poorest and most vulnerable, Government policy must focus on ensuring essential services are available to those who need them most.

“This means the budget in September will have to address current shortfalls. Additional expenditure will be required in key areas and these will need to be prioritised if Ireland’s poorest are to be protected.

“The State has proved itself during the pandemic to be the only operator with the capacity and scope to deliver comprehensive and effective services right across the country and into every household.

“Housing, health and income are services that are foremost in policy discussions.

“It is important to recognise the importance of other public services such as public transport, financial inclusion and access to digital services which are also vital to wellbeing.”