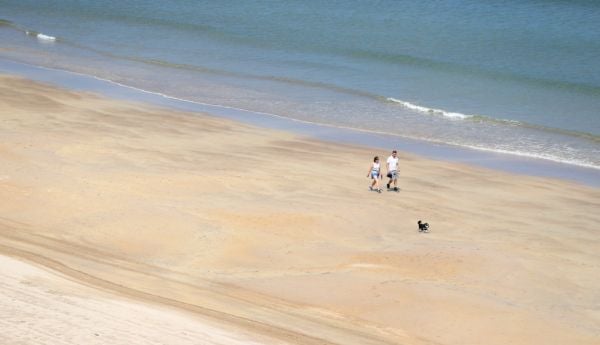 A murder investigation has been launched after the discovery of a man’s body in Portrush.

He was found in the Bath Terrace area of the seaside town in the early hours of Monday.

Police said the investigation is at a “very early stage”.

We have launched a murder investigation following the death of a man in the Bath Terrace area of Portrush this morning, Monday July 18th. pic.twitter.com/9hpkjIRbOi

“Shortly after 2.20am, police received a report that an injured male was discovered in the Bath Terrace area of Portrush,” a police spokesman said.

“Our investigation is at a very early stage and I would appeal to anyone who was in the Bath Terrace area of Portrush last night and the early hours of this morning and who witnessed anything to contact detectives on 101, quoting reference 171 of 18/07/22.”

SDLP MLA for the area, Cara Hunter, offered her condolences and said her thoughts are with the man’s family.

She said: “I’d like to extend my heartfelt condolences to the family of the man who died suddenly in Portrush on Monday morning.

“I know people locally will join me in offering them both sympathy and support at what must be an incredibly difficult time for them.”

Ms Hunter added: “I’d ask the public to give police space to carry out their investigation into the circumstances of this man’s death.

“I understand that many people will want to travel to the area to enjoy the recent spell of good weather, but they should be mindful that a number of road closures are in place and show patience and understanding.

“I have been liaising with police about their investigation into this sudden death and I’d urge anyone with any information about what happened to come forward as soon as possible to assist police with their inquiries.”

Independent MLA Claire Sugden added: “This will be an incredibly difficult time for his friends and family, to whom I offer my sincere condolences.

“There will be tough days ahead for all who knew him.

“I would urge anyone who can help the police with their investigation to come forward so that the full circumstances of this loss may be fully understood.”