Number of Ukrainian refugees increases by almost 4,500 in three weeks 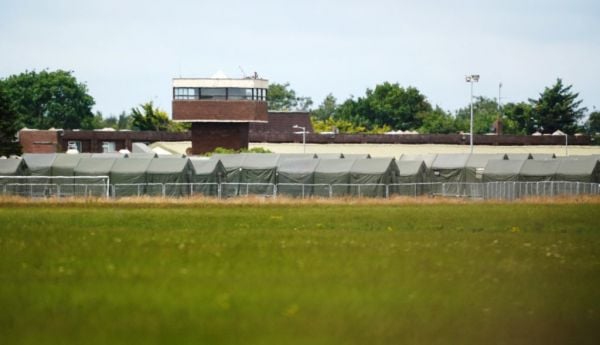 The number of Ukrainian refugees registered in Ireland has increased by almost 4,500 in three weeks, according to new figures from the Central Statistics Office (CSO).

Most refugees arriving in Ireland from the war in Ukraine are classified as lone parents with children, according to the data.

Updated statistics on Monday showed the highest percentage (39 per cent or 17,034 people) were categorised as “one parent with children” under broad relationship classification headings. Men of conscription age, aged 18 to 60, were banned from leaving Ukraine after February’s invasion by Russia.

The CSO also notes that the numbers used are based on PPSN and so there may be refugees who have not yet applied for or received one, and others who are no longer in the country.

Of the 13,514 arrivals that have attended employment support events arranged by Intreo, 66 per cent said their English language proficiency was a challenge in securing employment.

The CSO’s Arrivals from Ukraine in Ireland report is the fourth in a series providing insights into Ireland’s response to the Ukrainian crisis.

Using local post office addresses as a proxy for places of residence, Ukrainians have been found to be present in every local electoral area (LEA) across the country, with Dublin’s north inner-city having the highest number of arrivals at 1,410, accounting for 2.22 per cent of the population. Ennistimon, Co Clare was found to have the highest rate of arrivals in all electoral areas, at 7.53 per cent of the population, or 1,236.

Other areas with relatively high numbers of refugee arrivals include Galway city, Ballinamore in Co Leitrim, Middleton in Co Cork, and Killarney and Kenmare in Co Kerry.

The figures come after it emerged last week that the Citywest welcome centre for Ukrainians had reached capacity, coupled with a shortage of accommodation for other international protection seekers.

Newly arriving Ukrainian refugees are now expected to stay in tents at a military camp in Co Meath for no longer than a week, the Minister for Integration has said, as 150 people are to be moved there on Tuesday.

Roderic O’Gorman said his two main objectives were ending the use of Dublin Airport to house Ukrainian refugees and reducing numbers in Citywest.

He said this would be done by opening a second welcome centre in the next two to three weeks, and using vacant buildings provided by the Department of Housing last week.

“We link it to the increase in attacks on civilian populations throughout Ukraine and I think we have managed the arrival of 42,000 Ukrainians and accommodating 30,000 of those over the course of the last couple of months in a reasonably systematic way,” he told RTÉ’s Morning Ireland on Monday. – Additional reporting: PA