Senior WHO official urges those eligible to receive Monkeypox vaccination 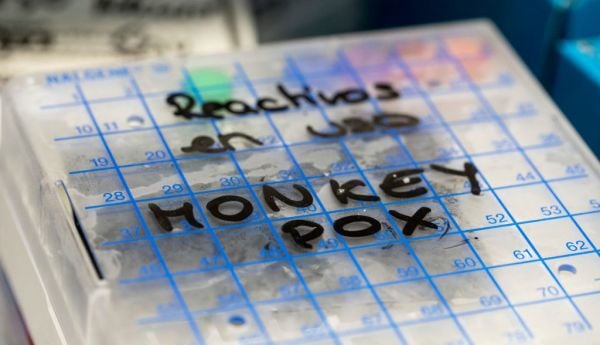 The World Health Organisation (WHO) senior emergency officer Dr Catherine Smallwood has admitted she is “very worried” about the spread of monkeypox internationally, whilst urging people who are at risk of contracting the condition to explore their options in relation to vaccination.

Vaccines against monkeypox were due to arrive in Ireland on Friday. The first 1,400 doses of the modified Vaccinia Ankara, marketed under the name Jynneos, are part of a joint order of about 110,000 doses by the European Union.

Dr Smallwood told Newstalk that if you are at risk of catching monkeypox, make sure you educate yourself about your options for vaccination.

“Some countries are recommending vaccination for people who are at especially high risk but also people who are in contact with a monkeypox case – you may be eligible for vaccination and if you are, you should get that quickly. “

Dr Smallwood said, although the disease is still quite rare the public should be aware of the symptoms of monkeypox.

“(It) will vary based on the way that the person has been exposed. But what we really do see is an initial fever and that will then be accompanied by several other symptoms.

“So distinctive for monkeypox is swollen lymph nodes, swollen glands that can be very painful.

“And then the appearance of this very distinctive rash – hence its name ‘pox’ – which can appear on any part of the body but if it’s transmitted during sexual activity – which we’re seeing a lot of at the moment – it may be around the genitalia, but it may be somewhere else as well.

So that will start as a raised red rash and will develop into what we describe as blister like lesions, so you may have one of those or many of those.

“And those will develop over the course of the week or so into really quite painful lesions that can be very uncomfortable and then can lead to secondary infections and to some complications that might mean that some people have to be hospitalised.”

The HSE has stressed that the risk of catching monkeypox in Ireland is very low.

“The biggest risk of spread between people is through sexual contact or close contact with family members.”

“Gay, bisexual and men who have sex with men may be at increased risk of catching monkeypox.”

As of July 13th, the HPSC has now been notified of 54 confirmed cases of monkeypox in Ireland.

The cases in Ireland are part of an ongoing multi-country outbreak of monkeypox consisting of more than 10,000 other confirmed cases in Europe, North America and many other countries worldwide.

Meanwhile, the National Immunisation Advisory Committee (Niac) has advised that close contacts of confirmed cases and health workers treating people with the infection should be offered a vaccine.There is no medicine that can cure monkeypox, but is usually a self limiting illness and most people recover within weeks.