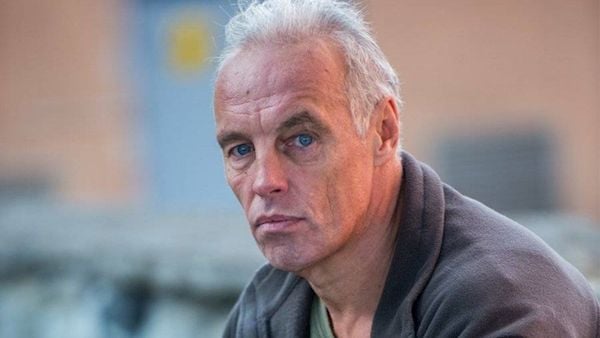 The State is to write to authorities in Lithuania over what exactly an international hitman is wanted for in their bid to extradite him over the murder of a famous pop star’s lover, the High Court has heard.

Notorious hitman Imre Arakas (63) is wanted for murder in Lithuania but has challenged his surrender on the grounds that no charge had been formalised against him.

An eyewitness to the murder of the pop star’s lover has said the hitman, who has also been jailed in Ireland for his role in a Kinahan cartel murder plot, was not present at the scene, the High Court has heard.

Lithuanian authorities allege that Arakas was part of a three-man gang that conspired to murder a man said to have had an affair with pop star Vita Jakutiene. However, Arakas told gardaí that he was in Spain on the relevant dates.

The ex-wrestler was jailed by the Special Criminal Court for six years in December 2018 after he admitted to conspiring with others to murder James ‘Mago’ Gately in Northern Ireland between April 3rd-4th, 2017.

He was contracted by the Kinahan crime gang to assassinate Mr Gately and had told to his associates in coded text messages that he would take out his target with “one shot to the head”.

Lithuanian police are seeking the surrender of Arakas, whose last address was in Sopruse, Tallinn, Estonia, to face charges, which include a count of murder as well as firearms and conspiracy-related charges in relation to the shooting of Deimantas Bugavicius in 2015.

At the High Court on Monday, Mr Justice Paul Burns asked that the State prepare a Section 20 request under the Extradition Act to find out if the authorities in Lithuania were “precisely alleging that Mr Arakas was at the shooting or was an organiser of the shooting”.

Ronan Kennedy SC for the Minister for Justice said the European Arrest Warrant stated Arakas was alleged to be involved in “preparatory acts” and “helped in tracing the victim” but that the phrase “et cetera” was also included in the wording, which may also need “clarification”.

Mr Kennedy said Arakas is suspected of acting with an “organised” group.

Mr Justice Burns adjourned the matter to Monday next to fix a date for hearing, when Arakas is to appear by video-link.

At a previous sitting of the court, Remy Farrell SC, for Arakas, said his client was visited by gardaí in Portlaoise Prison in June 2018 and informed that they wanted to interview him on behalf of Lithuanian police.

He said Arakas was served with a number of documents outlining that he was a suspect in a pre-trial investigation.

On July 9th, 2018, Mr Farrell said, gardaí again attended the prison and conducted an interview with Arakas in respect of the warrant. The lawyer said his client informed gardaí that he was in Spain on the relevant dates.

Mr Farrell said the partner of the deceased, who was an eyewitness to the alleged murder, was shown photographs from an article published by Irish newspapers, which he said was supposed to be the respondent.

“She concluded that he was not the person who was present at the scene,” he said.

Mr Kennedy had told the court that the case was on “all fours” with the separate extradition case of Liam Campbell.

Campbell (59), who was found civilly liable for the Omagh bombing had been battling extradition for more than 12 years on similar grounds to Arakas.

In May, the Supreme Court ruled that Campbell, of Upper Faughart, Dundalk, Co Louth, can be extradited to Lithuania where he is accused of offences including terrorism, possession of weapons and smuggling.

He was arrested in Dundalk on December 2nd, 2016 on foot of the second European Arrest Warrant (EAW) issued by Lithuanian authorities. It was the third attempt overall by Lithuania to seek his surrender.

Both the Irish High Court and Court of Appeal had ordered that he be extradited to the Baltic state. However, he appealed those findings to the Supreme Court.

Passing sentence at the Special Criminal Court in 2018, Mr Justice Tony Hunt said Arakas had agreed to the “vital role” of pulling the trigger for financial gain and was prepared to offer his “own detail” on how the murder of Mr Gately was to be performed.

Arakas had travelled to Ireland from Alicante in Spain on April 3rd, 2017 for the purpose of killing Mr Gately and has been in custody in Ireland since April 2017.