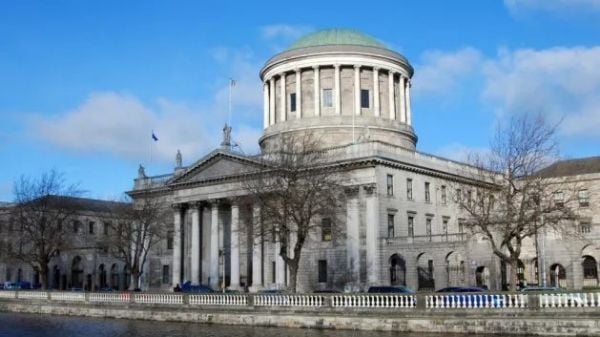 A High Court challenge has been brought over Galway County Council’s refusal to extend the life of planning permissions for a scheme of houses that the local authority has agreed to buy.

The action has been brought by Newmar Global Properties which is developing 120 houses, 11 apartments and a creche at Tubber Road, Gort in south Co Galway.

Newmar claims it has not been given what it claims is a substantial reason by the council for its decisions to turn down its applications to extend the development’s planning permission.

The developer further claims that it has not been treated fairly, and the refusals are absurd.

The court that the scheme is in the latter stages of completion, and agreements are in place for some 85 of the houses to be acquired by the council’s housing department, which urgently requires the new units.

The court heard that late last year, the developer was concerned that due to delays in the construction caused by the Covid-19 pandemic, the planning permission would expire before all the houses are completed.

The developer applied to the council to have the lifetime of the planning permission extended.

Newmar, at its own expense, also submitted to the planning authority an Appropriate Assessment confirming that the extension would have any adverse impact on local sites of environmental importance.

In decisions issued by the council earlier this year, the developer claims its applications for an extension were refused.

The grounds for the refusals cited by the council include that there was a failure by the developer to comply with a four-week deadline to lodge further planning information sought by the local authority.

Other grounds given by the local authority include that there was an alleged failure by the development to make the application within the allowed time limit, and because the council said that one of the applications did not include an Appropriate Assessment.

The developer rejects the decisions and, in judicial review proceedings against the council, argues that the decisions are flawed and should be set aside.

It claimed the council has ignored the fact that an Appropriate Assessment carried out by the developer was included as part of its applications for the extensions.

Despite being advised that an Appropriate Assessment was not necessary given the existence of an Environmental Impact Statement which was filed with the council some time ago, it had carried one out and filed it as part of its applications for extensions.

That assessment appeared to have been ignored, it is claimed.

As a result of the decision Newmar, represented by Paul McGarry SC and Michael O’Connor Bl, has brought judicial review proceedings seeking to quash the council’s refusal to extend the lifetime of the planning permission.

Newmar also seeks an order directing the council to grant the extensions sought.

The matter came before Mr Justice Charles Meenan, who on an ex-parte basis granted the applicant permission to bring its challenge.

The matter will return before the courts after the new legal terms commences in October.