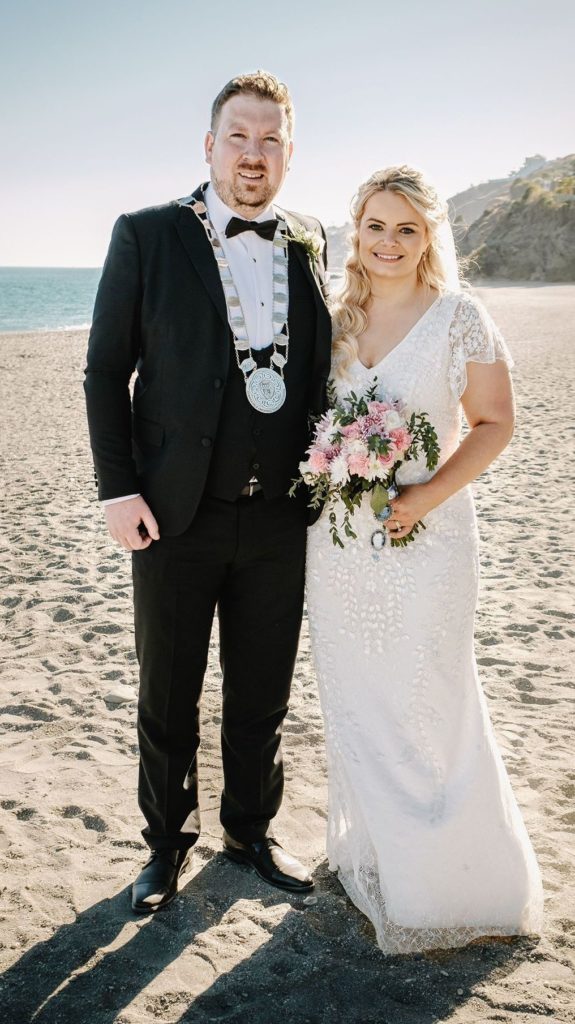 CONGRATULATIONS were offered to cathaoirleach Brian O’Donoghue on his recent nuptials, when he attended his first council meeting as both cathaoirleach and a married man!

Cllr Michael Doran offered his best wishes at last week’s council meeting, a sentiment echoed by all members in the chamber.

Just days after being elected cathaoirleach in June, cllr O’Donoghue jetted off to Nerja, Spain to marry long-time love Miriam Shannon from Tullow, in the company of their 90 guests.

Amazingly, he isn’t the first cathaoirleach of Carlow County Council to be married while holding office. He’s the second this year, with previous incumbent cllr Fintan Phelan tying the knot in April.

In fact, this council term, love has definitely been in the air, with cllr Will Paton marrying last year and cllr Adrienne Wallace getting engaged in January.