Father of four jailed for involvement in large-scale drug operation 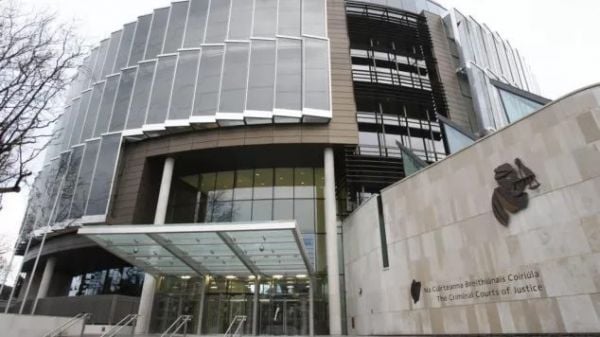 A father of four has been jailed for six and a half years for his involvement in a large-scale drug dealing operation.

Patrick Bell (55) of Thomas Court Bawn, Dublin 8 was caught in September 2019 in possession of heroin with an estimated street value of €136,640, Dublin Circuit Criminal Court heard on Tuesday.

Garda James Doolan told Gerardine Small BL, prosecuting, that in the days before Bell’s arrest, gardaí had set up a surveillance operation around the garage.

On September 24th, 2019, Bell was seen arriving at the unit in a car, entering and leaving the unit before driving to Power City in Carrickmines, where he purchased a weighing scales.

He returned to the garage and dropped something off there. A few days later he was again seen entering and leaving the unit, this time driving a different vehicle which was falsely registered.

When gardaí searched the unit, they found a digital weighing scales and a blender. They also found quantities of paracetamol and caffeine, which are cutting agents used by drug dealers, Garda Doolan said.

He said there was a large amount of empty “kilo packaging” and traces of cocaine and heroin were found on this packaging.

Investigations found that the unit had been rented since 2010 under a false name and that one of the phone numbers associated with the lease was a number linked to Bell.

Garda Doolan said that a number of phones were seized from Bell’s home and that these “clearly showed he was involved in supplying drugs” and was under direction from unknown people.

Bell pleaded guilty to unlawful possession of heroin for sale or supply.

The court heard he has a small number of previous convictions for minor road traffic offences.

Garda Doolan agreed with Dominic McGinn SC, defending, that this was a large scale operation and that Bell was under direction from others. He told the court that Bell is a married father and a grandfather and had previously worked in construction.

Mr McGinn said that a close relative of his client’s was the subject of a serious assault in 2010 and that as a result of this, his client became depressed and began self harming. He said his client found himself in a downward spiral as a result.

Judge Martin Nolan said that he could accept Bell was not at the top end of this drug dealing operation but that he was an integral part and was at the middle to higher end.

He said the mitigating factors were his pleas of guilty and noted that he was probably under considerable pressure from “his ultimate bosses”.

The judge said Bell was probably higher up the food chain than most people who came before the court. He said Bell is capable of reform and that the guilty plea allowed the court to depart from the presumptive mandatory sentence of 10 years.