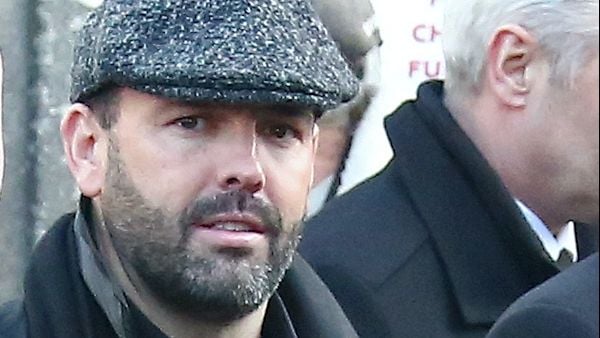 A hearing date in October has been set for the Criminal Assets Bureau’s (Cab’s) application for court orders against Daniel Kinahan and Thomas ‘Bomber’ Kavanagh to seize a luxury west Dublin mansion for the State’s benefit.

The court heard on Tuesday that legal papers relating to the case had been sent to two addresses in Dubai that are believed to be linked to Mr Kinahan.

Shelley Horan BL, for Cab, said her team has heard nothing back from Mr Kinahan in respect of proceedings against the two men concerning 10 Coldwater Lakes in Saggart.

Previously the court asked the media not to disclose the precise addresses at which the proceedings were to be served on him. Both addresses were based on information of the US Treasury’s office of foreign assets control (OFAC), which has applied worldwide sanctions against Mr Kinahan and other senior members of the Kinahan cartel, the court heard.

Ms Horan told the court on Tuesday that, based on previous engagement levels, she did not expect either Mr Kinahan or Mr Kavanagh, who is in an English prison, to react to or participate in the hearing.

Mr Kavanagh, who she said is aware of the case for some months, has indicated he has no comment to make, she said.

She said Cab will notify the men of the October 13th hearing, which she anticipates will take no more than an hour. If either of the respondents indicates a wish to engage with the proceedings, she said, the court can revisit whether the date set is still appropriate.

Cab claims the five-bedroom property in Saggart represents the proceeds of crime and is effectively owned or controlled by Mr Kinahan.

It took proceedings earlier this year against brothers Jimmy Mansfield Jnr and Patrick Joseph Mansfield, and against Mr Kinahan and Mr Kavanagh, ultimately aimed at seizing the property.

Ms Horan told the court the Mansfields have been let out of the case based on agreements, and only Mr Kinahan and Mr Kavanagh remain as respondents. They previously consented to orders waiving any claim against the property.

In sworn statements, Cab has set out its belief that 10 Coldwater Lakes was sold for €2 million in 2006 to a company of a group founded by deceased businessman James Mansfield Snr.

It said that around 2014 the property was then passed into the control of a crime gang, in which, the court heard previously, Cab believes Mr Kinahan and Mr Kavanagh play leading roles.

Cab has claimed that information from a protected witness indicates Mr Mansfield Jnr gave 10 Coldwater Lakes, plus various cash payments, to the Kinahan/Kavanagh gang following a failure to make property investments with about €4.5 million cash the gang gave him in two suitcases on Good Friday in 2009.