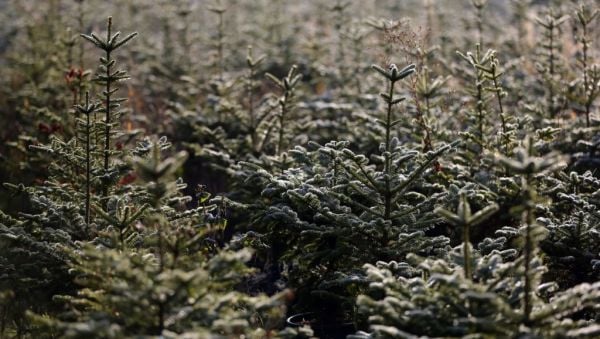 An inspector has been appointed by the High Court to investigate the affairs of a Christmas tree planting company.

In his ruling on Tuesday, Mr Justice Michael Quinn said he had “no hesitation” in finding there is “prima facie evidence of wrongdoing, unlawfulness or other irregularity” on behalf of WFS Forestry, which vigorously denies the plaintiff’s allegations.

Thus, he was satisfied the threshold under section 747 of the Companies Act 1990 was met and that the appointment of inspector Declan de Lacy, of accountancy firm PKF O’Connor, Leddy & Holmes, will serve the purpose of uncovering unknown facts.

The judge noted this is the first recorded application by a creditor seeking the appointment of an inspector under the Act.

He made an order directing the inspector to investigate, among other things, whether the affairs of the company have been conducted with intent to defraud creditors or with a fraudulent or unlawful purpose.

The company, which has registered offices in the Fitzwilliam Business Centre, 26/27 Pembroke Street, Dublin 2, was said to be growing and supplying Christmas trees and soliciting investments to fund the business, the judge noted.

The section 747 application was brought by investor John Kearney and supported by 17 other alleged investors, who claimed that investments they made in WFS Forestry, structured variously as loans and other advances, were not repaid when due.

His counsel, Frank Beatty SC, instructed by Peter Boyle Solicitors, had submitted there was a “very real” public interest in this case as there were allegations of fraud.

The allegations against the company are fully denied.

Sole director of the firm, Craig Hands, who represented himself and the company in court, opposed the appointment of the inspector as inappropriate and unnecessary. He denied any wrongdoing and blamed late investment returns on cash flow issues and transaction delays due to Covid-19.

The judge said there was evidence in this case of engagement with investors and transactions that warrant investigation by an inspector appointed under section 747.

Among the questions warranting examination is whether the company held a valid interest in lands referred to in crop purchase agreements and whether the crops of trees referred to in company brochures and websites, leading to investments, exist either at the locations given or elsewhere, the judge said.

Mr Justice Quinn noted that both the Office of the Director of Corporate Enforcement (ODCE) and the Minister, who were on notice of the proceedings, submitted that the company is insolvent and the more appropriate remedy to this matter is an order for the winding-up of the company.

While neither objected to the appointment, they said a liquidator has the power to investigate how investors’ monies have been handled and it would be disproportionate to first appoint an inspector and impose this additional cost on the taxpayer.

Mr Justice Quinn said the proofs required under a section 747 application are more substantial than those for a winding-up petition. Therefore, he said, there is no reason to believe these types of applications are likely to be more cost-effective so as to become the more popular route for aggrieved creditors generally, at least in the first instance.

However, if he is incorrect about this, the court’s scrutiny of such applications will have effect, he added.

Even if this application was initially motivated by a desire to secure a return of Mr Kearney’s money, it cannot be said there is no wider public interest or public dimension to the case, said the judge.

He noted that at least 18 investors are said to be affected and the evidence is that they have made investments exceeding €1.4 million.