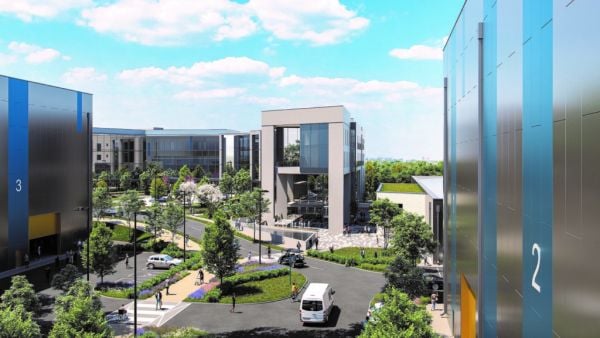 A large-scale film studio has been given the green light by planners in Westmeath County Council.

The Hammerlake Studios campus aims to attract the world’s biggest film and content productions from Hollywood and across the globe.

A planning application to build the studio received confirmation of approval on July 12th.

In accordance with Section 34(6) of the Planning and Development Act 2000 (as amended), the application has been approved by officials. Subject to a material contravention of the County Development Plan, the final decision to grant permission will rest with the elected members of the Council in September.

Phase one, totalling 236,000 sq ft, will comprise four studios or “sound stages’” suitable for large-scale film and television production, an administrative building, workshops, data technology centres, editing rooms, food, fitness and other amenities.
Construction is estimated to take 12-months with film production operations to commence from the first quarter of 2024. 350 production jobs and 300 construction jobs will be created in phase one.

Phase two, which will be submitted for planning approval in Summer 2023, will see an additional seven studios added to the campus, bringing the total footprint to 460,000 square-feet.

Hammerlake estimates a minimum of 1,000 production jobs upon full commencement of phase two operations in 2025.

Paul Chesney, chief executive officer of Hammerlake Studios said: “We are excited by the decision by Westmeath County Council to grant us planning in principle. It represents a significant step forward in our plans to build a world class film and content production facility in Mullingar, one capable of accommodating the biggest and best film productions.”