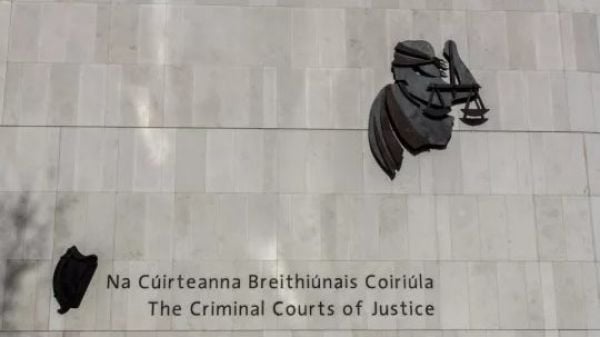 A man who gained entry to his neighbour’s apartment by claiming his water was not working before exposing his penis to her and her children has been given a suspended sentence.

Waqas Ahmed (37) of a former address at Cross Gun Quay, Phibsboro, pleaded guilty to trespass with an intent to commit an offence at an address in Dublin on December 14th, 2018. He has no previous convictions.

Dublin Circuit Criminal Court heard that Ahmed no longer resides in the same apartment building as the woman and her children.

At a previous sentencing hearing, Judge Melanie Greally commented that although a plea to the trespass offence had been accepted, this was a case of “sexual misconduct”.

The judge said she was of the view that a full and thorough risk assessment is needed. She said it was “somewhat concerning” that a case such as this, which would normally involve some form of future supervision, was on the record as a trespass offence.

She thanked the victim for coming to court, saying she fully understood why the woman felt the way she did and why she was fearful. She said the violation of the woman’s home and the exposure to her children were aggravating factors.

Passing sentence on Tuesday, Judge Greally acknowledged that the maximum sentence available to the court for the trespass offence was six months.

She said given the seriousness of the offence, it warranted a headline sentence of six months.

Judge Greally said it was quite clear from the victim impact statement before the court that the incident had a profound effect on the woman, that she remains afraid and that it has taken a toll on her mental well-being.

She accepted evidence that Ahmed has not come to Garda attention since the incident and has stayed away from the woman.

She said a probation report said he was at a moderate risk of reoffending and concluded that Ahmed has shown “a lack of real insight into his understanding of his own actions”.

Judge Greally sentenced Ahmed to four months in prison, which she suspended in full on strict conditions including that he engage with the Probation Service for 12 months and follow all its directions.

She also ordered that Ahmed have no contact, by any means, with the woman or any of member of her family for 10 years.

Garda Craig Borwick told Fiona McGowan BL, prosecuting, that on the date in question, Ahmed knocked on his neighbour’s door, told her he had no water and asked to use hers.

Garda Borwick said the woman allowed him into her apartment and he brought a bucket into her kitchen which he placed in the sink. They had a conversation while her two children played on the floor.

Ahmed’s penis then popped out of his clothes and he said sorry, before moving his t-shirt so that she could see his penis.

The woman then noticed that the bucket was not full of water and that Ahmed had been pretending to fill it up. Her phone rang and she told him it was her father and that she was due to meet him.

Ahmed eventually left, but twice returned later when her mother was present and knocked on the door.

In her victim impact statement, which was read out in court, the woman said she could not sleep after the incident, that she was terrified and still is. She said she used to bring her kids to a common area in the apartment building, but would not do so now for fear of what might happen.

Garda Borwick agreed with Jennifer Jackson BL, defending, that there was a charge of a sexual nature initially before the courts, but that the director ultimately accepted a plea to the trespass with intent offence.

The garda agreed with counsel that her client was “very unlikely” to come before the courts again. He agreed that Waqas lives with his father, does not live in the same apartment building as the victim and has not contacted her while on bail.