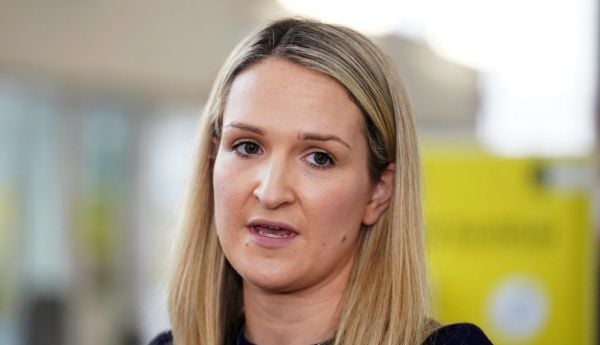 The chief executive of Doras, the non-profit organisation which promotes the rights of migrants, has described plans to suspend visa-free travel for people seeking international protection orders as “a worrying trend”.

John Lannon told RTÉ radio’s Morning Ireland that such a move was “a knee-jerk reaction” to the problem of a shortage of accommodation.

Restricting the numbers coming to Ireland seeking international protection was a retrograde step, he added.

Visa-free travel for refugees into Ireland from 20 “safe” European countries will be suspended for a year (from today) in a hardening of the State’s immigration policy. It means that people who have been granted refugee status in other countries can still apply to travel to Ireland, but will need a visa to do so.

The visa-free travel arrangements for Ukrainian nationals fleeing the Russian invasion will be unaffected.

Mr Lannon said there could be cases where people were not able to get visas. Ireland should be creating safe pathways and there was a need to ensure that if someone needed to seek asylum they could do so, he said.

Putting barriers in place and placing people in tents should not be the solution, he added. If tents have to be used, it should be “very temporary”. People who have lived through the trauma of war should not have to sleep in a tent with strangers.

There needed to be a long term strategic approach with a national lead to coordinate planning instead of “scrambling” for accommodation, and Ireland should learn from other countries, according to Mr Lannon.

The news comes as the Government said Ukrainian refugees will only be expected to stay in tents at a military camp in Gormanstown, Co Meath for a week.

Some 150 people will be moved there on Tuesday.

On Monday evening, it was announced that the Government has agreed to temporarily suspend the operation of the Council of Europe Agreement on the Abolition of Visas for Refugees (Council of Europe) for 12 months.

It described the temporary measure as a means to protect the integrity of the immigration and international protection systems.

Minister for Justice Helen McEntee said the Government has not taken the decision lightly.

“However, where there is evidence that there may be abuse of such systems, the Government must act swiftly to mitigate the risks to maintain the integrity of our immigration and international protection systems and uphold public confidence in those systems,” she said.

“In recent months, we have seen that the visa exemption provided for in the Council of Europe Agreement is being exploited, including by some who enter the state and subsequently claim international protection, despite having already been granted such protection by another European state.

“The suspension of the operation of the agreement is temporary and will be reviewed in a year’s time. In the meantime, Convention travel document holders who want to travel to Ireland can apply for a visa under standard visa arrangements.”

The Minister for Agriculture has described the Government’s decision to tighten refugee visa requirements as “fair and appropriate”.

Charlie McConalogue said there has been a three-fold increase in applications for international protection from people who already had refugee status in an EU member state.

“I think the key focus on the Government here is to provide shelter and refuge to refugees who are in trouble from across the world, but particularly, of course, those from Ukraine who are fleeing war and fleeing the death and real danger in that country,” Mr McConalogue told RTÉ’s Morning Ireland.

“We provided a home to and refuge to 40,000 (people) already from Ukraine.

“What we have seen and what the assessment of the Government was between 2019 and this year, there’s been a three-fold increase in relation to applications from those from Council of Europe countries.”

He said that around 7 per cent of 6,494 applications for international protection during that period came from EU member states.

“I think the step the Government is taking is a fair and appropriate one, because our key focus has to be in relation to providing opportunity for those who haven’t already got refugee status in another European country, to allow them and provide the opportunity to get refugee status here, and particularly to provide shelter and a home to those in Ukraine who are fleeing war,” he added.

“I think the step we have taken yesterday was a fair and appropriate one. Just to be clear, it relates only to those who already have refugee status in another EU country.

“I think that’s an appropriate and a fair approach.” – Additional reporting from Press Association