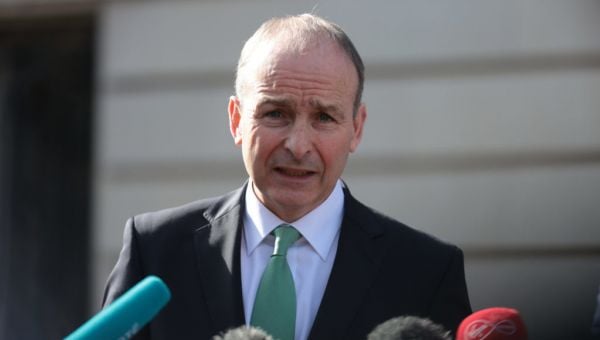 The Taoiseach has said the suspension of visa-free travel was “not something that the Government wants to do” but said there were concerns over how the system has been working in recent months.

Speaking in Japan on Tuesday, Micheál Martin said the Department of Justice had flagged concerns about a surge in international protection applications.

As the Irish Examiner reports, he said: “We have had the Department of Justice examining that issue in terms of the convention around refugees in safe countries being in a position to travel.

“There has been a significant surge in people seeking international protection over the last number of months.

“There was concern within the Department of Justice in terms of that system, so we have suspended it for 12 months. We will review it, but it is linked to recent surge of people applying for international protection.”

The Taoiseach denied the opt-out of the European Council policy was similar to the UK’s breaches of international agreements around the Northern Ireland Protocol.

He said the council agreement included the right for states to opt-out. Mr Martin said this was a “wise move” at this point.

“There is a mechanism to do it, and we’re not the first — France and the UK would have done it at different periods in the past for similar reasons. We’re not doing it forever. We will keep it under review.

“But given the circumstances that we are in at the moment, and particularly the phenomena of the last number of weeks and in respect of those seeking international protection, I think it’s a wise move to take at this particular point.”

The Taoiseach said Ireland could end up with five times as many refugee applications this year as in 2019 and that suspending visa-free travel was a “wise move”.

“But it’s not something that we want to do. It’s not desirable, but we have to be realistic here as well. And if there are concerns within the Department of Justice in relation to this, then we simply have to do it.

I mean potentially we will have four to five times the number of people seeking international protection this year compared to pre-pandemic times.”