Taoiseach seeking deeper ties on visit to Japan and Singapore 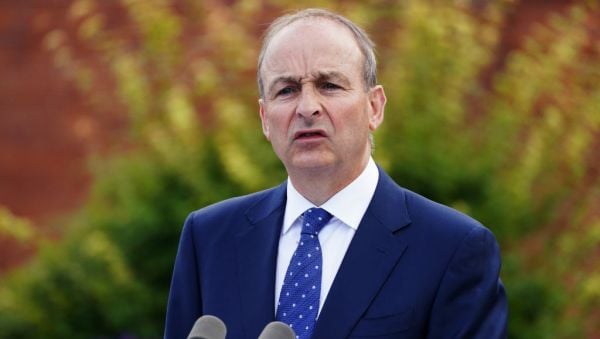 The Taoiseach has said he wants to “deepen” economic and cultural ties with Japan and Singapore.

Micheál Martin made the comments as he began a four-day official visit to the two countries.

The Fianna Fáil leader said Ireland has “very strong” economic links with Japan, the third largest economy in the world.

Speaking to reporters in Tokyo, he said: “We want to deepen that relationship with Japan in respect of our economy, our cultural relationship and our people-to-people relationships which are very strong.

“There is a very strong Irish diaspora in Singapore and strong economic links there also and the purpose of the visit is to anchor to those relationships.”

The key objectives of the visit to the two nations will be to reinforce important bilateral relationships and to signal Ireland’s deep commitment to engagement with both countries, and to growing Ireland’s relationship with the Asia-Pacific region.

In Tokyo, the Taoiseach will meet with political representatives, the business community and members of the Irish diaspora.

He will also offer Ireland’s condolences to the people of Japan on the killing of former prime minister Shinzo Abe.

The Taoiseach will also visit the site of the new Ireland House in Tokyo which is due for completion in 2024 under the Government’s Global Ireland Strategy.

He will also meet with a number of Irish companies operating in Singapore, engage with the Irish community and visit Changi Chapel and Museum.

Speaking ahead of the visit, the Taoiseach said he was “greatly” looking forward to his visit to the two countries which he said Ireland has “much in common”.

He said: “While there, I expect to discuss Russia’s immoral and inhumane invasion of Ukraine, the impact of which is being felt all around the world.

“Our Global Ireland Asia Pacific Strategy seeks to deepen our links across the region, and this trip will be an opportunity to create even more opportunities for our countries to work together.”

It is the first visit to Japan by a taoiseach since 2013 and the first to Singapore since 2004.