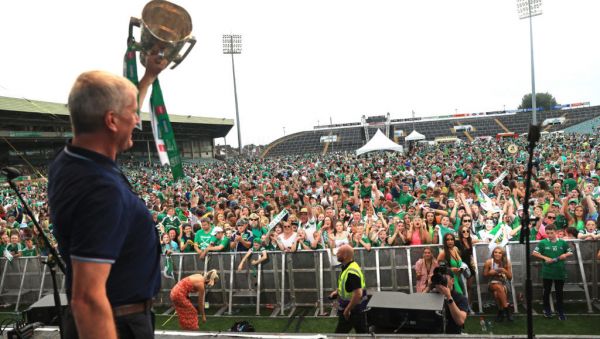 As temperatures soared to over 30 degrees the hurling stars arrived into Colbert railway station carrying the Liam MacCarthy Cup and sparked a homecoming party to set the city alight for months to come.

A tsunami of green and white supporters swept into the city to catch a glimpse of the hurling champions who were carried in an open-top bus to the TUS Gaelic Grounds for a concert like homecoming celebration. 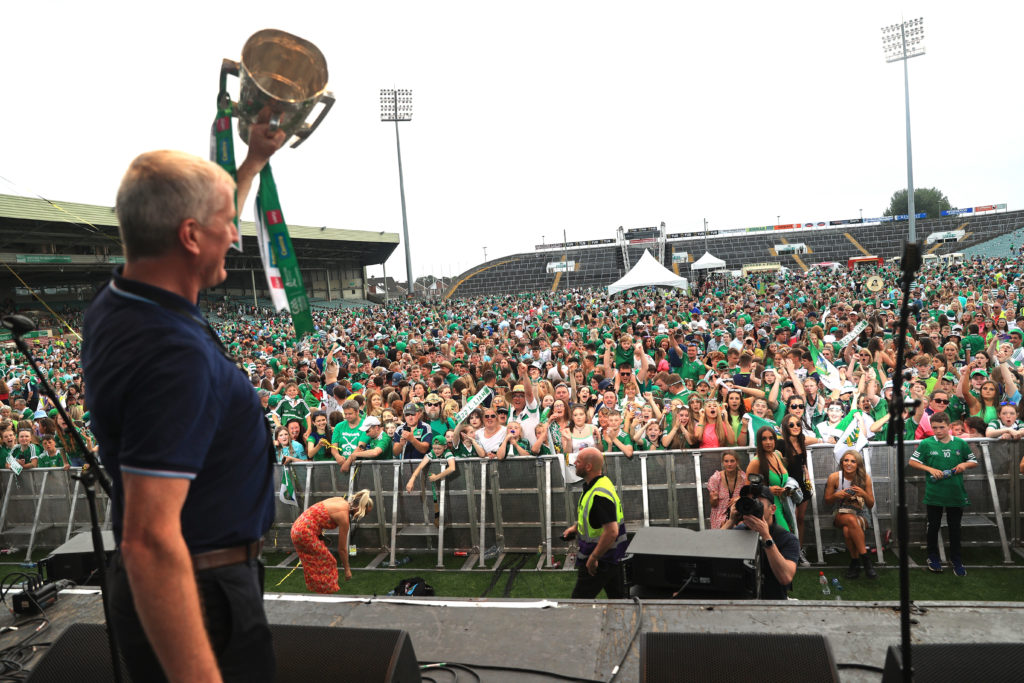 Conor Campbell Vereker (12) and his cousins Sophie Crowe (13), both from Corbally, who had been lucky to have seen the team win at Croke Park on Sunday, went one better when they managed to join their heroes on the team bus.

“It was just amazing, we just walked with the players onto the bus, we couldn’t believe we were on the bus with them, so we just stood in a corner watching everything,” said Conor Campbell. 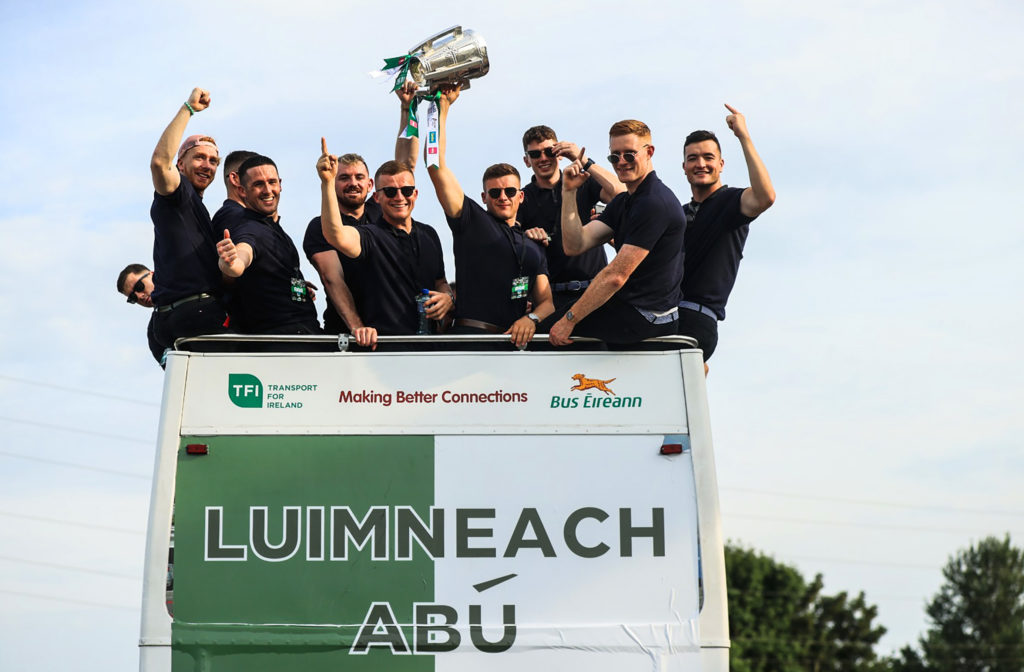 As the bus snaked its way through a sea of fans players jokingly pretended to shower the scorched supporters with the coveted silverware that has earned them a place in GAA history as only the fourth ever team to have won three back-to-back All Ireland titles.

Earlier Campbell-Vereker received a handwritten letter from Limerick defender Diarmaid Byrnes who unwittingly left the lad hanging for a “high five” after a previous match earlier in the year, “and some of the payers said they would send me some hurling gear” he added. 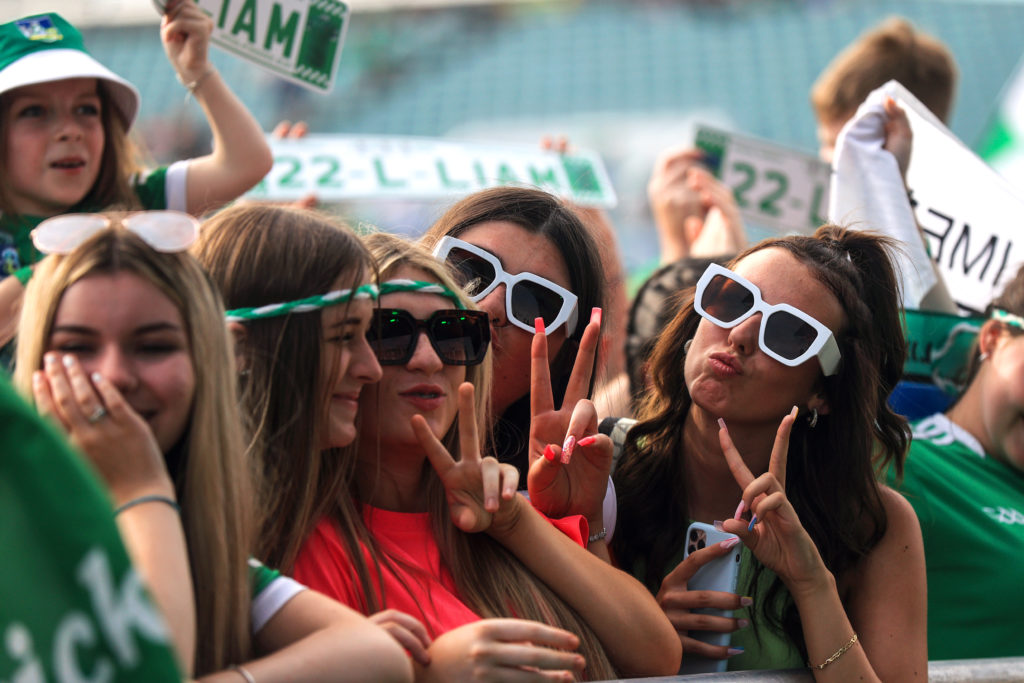 Seven-year-old Heidi Donnelly from Broadfod, travelled to the Gaelic Grounds with her mother Miriam with a hand-made card she drew for her favourite player Cian Lynch who she had previously helped save his gear-bag when it almost got swept away in the tide at Ballybunion beach last year.

Little Heidi wrote inside the card: “To Cian, hope your leg is better soon, you are awesome”, after the Patrciskwell hurler of the year missed the final due to injury.

Her mother said it had been a “fantastic” few days for the pair after Heidi “won tickets to the All-Ireland final yesterday, and she got a sliothar signed by Sean Finn”. 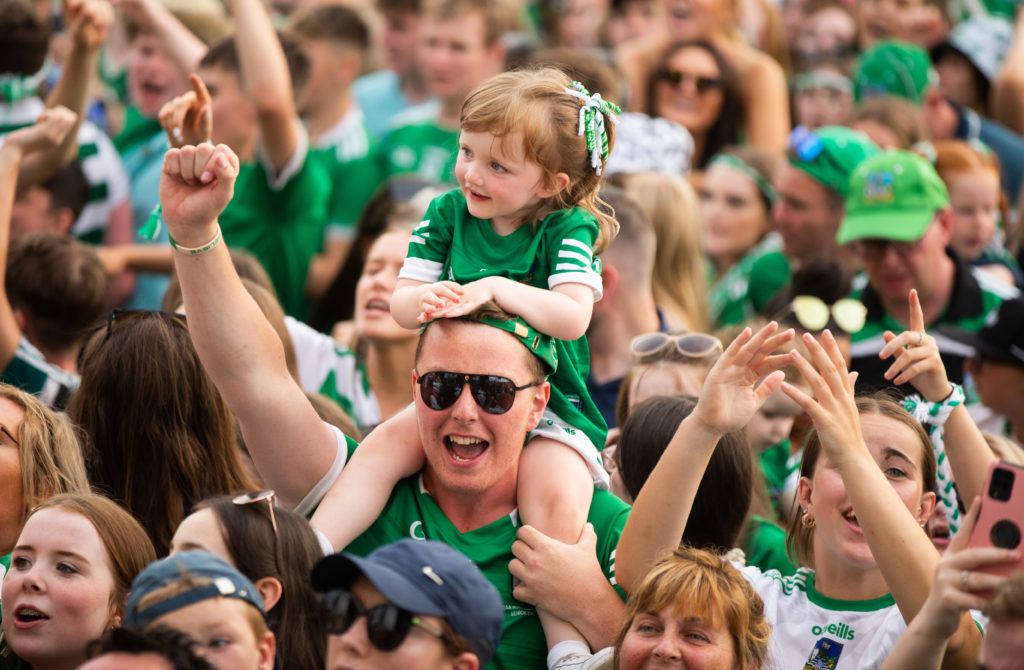 Overjoyed at the return of the crowd celebrations, following Covid-19 restrictions in 2020 and 2021, Ms Donnelly added, “it’s a great atmosphere tonight, it’s great for the County, and we can’t wait to celebrate even more”.

Paul Foran, Garryowen, 69, was in tears as the players made their way to greet him with the All-Ireland trophy: “It’s unbelievable, they are the best thing in the world, they never give up, I don’t know where we found them.” 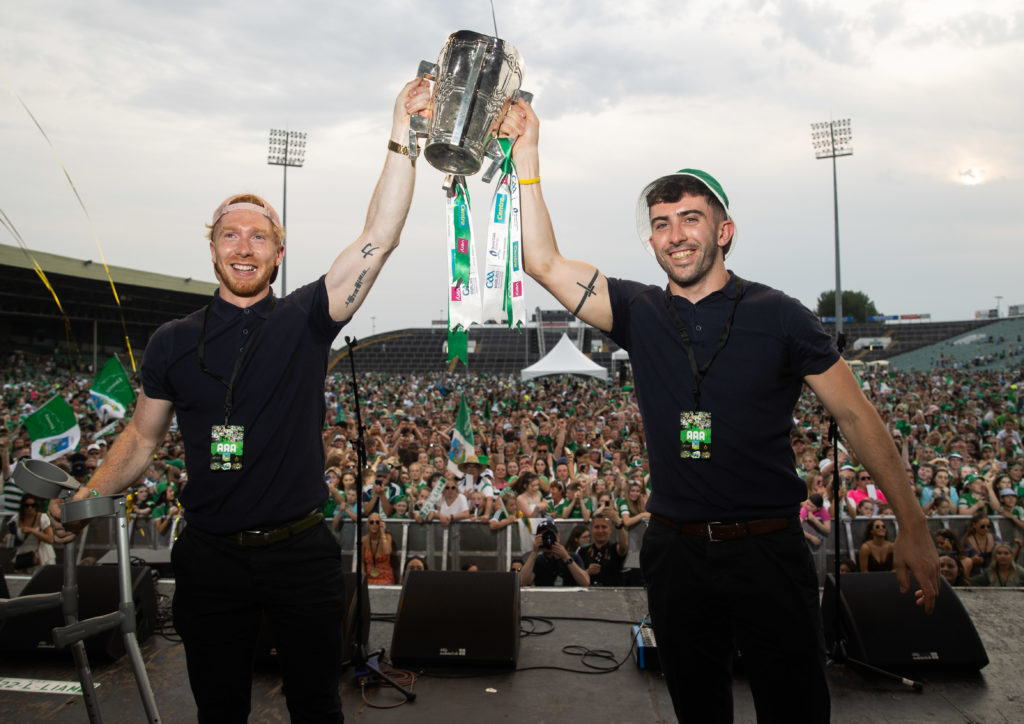 “We brought the Holy Grail home again, thats what I call the Liam MacCarthy Cup, we can go for six or seven in a row now, they can do it, there’s no one that can stop them.”

Michelle O’Donnell from Knocklong, and her sons Joe (10), Lee (6), and daughter Grace (12), slapped on the factor fifty suncream to catch a glimpse of the Limerick hurling stars.

“They’re all huge fans, they couldn’t go to the final because it was too hot to take them, but this is wonderful to see the payers up close.”

“It’s at a stage where the children know no better, but I’ve had to wait so many years for an All-Ireland and there were lots of disappointments and this lot have seen the team win three in a row and my youngest is only six.”

Flag sellers made hay as the crowds travelled from the city centre to the Ennis Road sports-ground where green and white ice cream cooled down the blistering masses.

Fresh from her appearance at the Glastonbury music festival, local star Denise Chaila, along with MuRli & God Knows, who performed together as Narolane, headlined a stellar line-up of music acts including Emma Langford and Moncrieff, for what organisers CWB and Limerick GAA described as “an unforgettable evening”.

Gaelic Games commentator Liam Aherne whipped up the crowd in preparation for the appearance of the All-Ireland champions on stage, and when they did walk on, it was green and white bedlam.

“It’s beyond our wildest dreams,” an emotional Diarmaid Byrnes told the crowd after he had been crowned Hurler of the Year 2022.

Limerick Mayor Francis Foley summed up the mood: “People of Limerick, does it get better than this, our hurling heroes are now undisputed kingpins of the hurling game.”