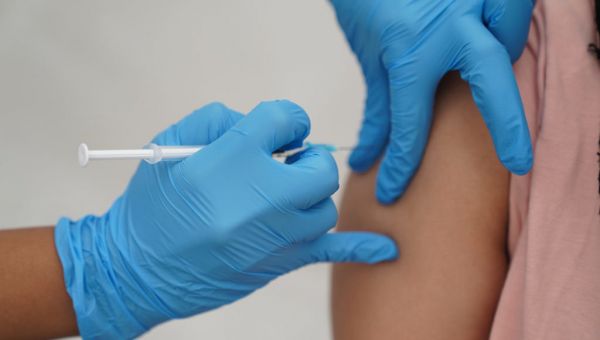 An additional Covid-19 vaccine and flu jab is “likely” to come on stream ahead of this winter to offset further pressure on already embattled public hospitals, HSE chief executive Paul Reid has said.

Despite the HSE formulating measures aimed at mitigating bed capacity issues and patient overcrowding in hospitals, Mr Reid warned the health system is “in for a very challenging winter”.

There were 759 people with Covid being treated in hospital, including 34 in intensive care/high-dependency units, of which 13 were being “invasively ventilated”, according to the latest statistics released by the HSE.

Mr Reid said he was “awaiting recommendations” from the National Immunisation Advisory Committee (Niac) on whether an additional vaccine would be offered before the winter period, but the likely outcome is that there would be, he added.

“We would like to see this done along with a flu shot, so we can have the efficiency of the vaccination programme,” he explained.

Mr Reid, who visited the consistently overcrowded Emergency Department (ED) at University Hospital Limerick on Tuesday, told Live 95 there would be no quick-fix solutions to the hospital’s bed-capacity problems.

The capacity and overcrowding crisis at UHL has worsened since a decision 15 years ago to funnel 24-hour ED services from Clare, north Tipperary and St John’s Hospital into UHL.

Mr Reid said this “strategy” had followed best international practice in order to “strengthening capacity in emergency departments” in Model 4 hospitals, however, he acknowledged there was an ongoing need for additional beds and staff in the hospital system.

Mr Reid warned there was still under considerable pressure due to Covid, adding that further vaccines are needed to protect against further damage to capacity.

“The reality of it is with Covid is, we’re now looking like it’ll have various seasonal impacts, and nobody would have predicted that we would be seeing an impact in the middle of summer.”

He added that staff “particularly in the pediatrics units” have told him they are seeing a lot of respiratory illnesses now “in somewhere that we wouldn’t have seen traditionally until October/November”.

Mr Reid said the HSE is formulating a 3-6 month plan to mitigate pressures on UHL by improving patient discharges into community settings and providing GPs with further access to diagnostics.

However, there were 455 patients without beds in Irish hospitals on Wednesday morning, including 384 in EDs and 71 on wards.

Over the past 12 months, over 100 additional beds were opened at UHL, however, most of these, including a newly constructed 60 bed block, were earmarked for Covid patients.

Meanwhile, despite acknowledging an “unacceptable” environment for some patients in UHL, Minister for Health Stephen Donnelly recently stated there were no plans to re-launch 24-hour ED services in Clare and north Tipperary after they were downgraded in 2009.