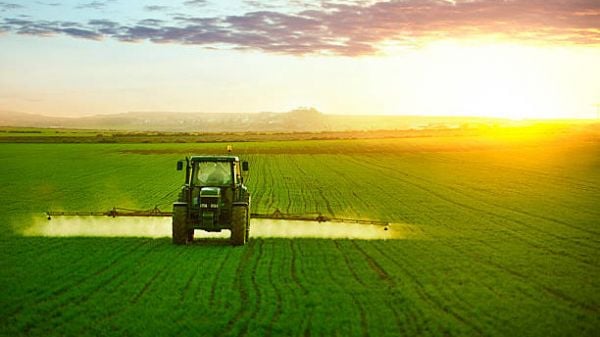 An Taisce has launched a High Court challenge aimed at overturning the State programme that regulates the level of nitrates that can be used as fertiliser in agricultural practice.

The action arises out of the State’s approval of a plan known as the Fifth Nitrates Action Programme (NAP).

An Taisce’s claims that the plan’s implementation will have a damaging effect on Irish waterways, and environmentally protected sites, due to excess nitrate pollution from agricultural sources.

The adoption of the NAP, An Taisce also claims will prevent Ireland from complying with its obligations under the EU directive concerning water quality.

An Taise claims that nitrates are regulated at EU level by the Nitrates Directive.

It imposes mandatory limits of 170kg of livestock manure nitrogen per hectare per year, on the amount of nitrates that can be applied.

However, the directive allows higher levels permitted subject to a derogation allowing farming up to a maximum of 250kg livestock manure nitrogen per hectare per year.

Ireland, An Taisce claims was granted such a derogation, as it has been on previous occasions, by the EU Commission earlier this year.

Following that decision, the Minister for Housing adopted and published details of the latest NAP, which An Taisce claims is unlawful.

An Taisce has taken the action to protect Ireland’s waterways from what it claims is the serious environmental threat to waterways from increasing levels of nitrate pollution.

In addition to seeking orders quashing the NAP, An Taise is also seeking to set aside a decision by the EU Commission allowing Ireland to derogate from the requirements of an EU directive concerning the protection of waters from pollution caused by nitrates from agricultural sources.

It claims that the NAP’s authorisation was based on an assessment that did not ensure that there would be no adverse effects on the integrity of sensitive environmentally protected sites.

The assessment also failed to ensure that the NAP would not cause a deterioration or jeopardise the quality of bodies of water.

An Taisce also claims that the derogation sought by the State granted by the EU Commission based on information supplied to it by Ireland, should also be set aside.

An Taisce’s judicial review proceedings are against the Minister for Housing, Heritage, and Local Government, The Environmental Assessment Unit, Ireland and the Attorney General. The Minister for Agriculture is a notice party to the challenge.

In its action An Taisce seeks orders form the High Court quashing the Minster for Housing’s decision to approve and publish the NAP.

It also wants the court to make declarations including that by adopting the NAP the respondents have breached EU directives and regulations on habitats, Water Frameworks, and Strategic Environmental Assessments (SEA).

An Taisce also wants the court to refer the case to the Courts of Justice of the European Union to determine the validity of the decision to grant Ireland a derogation from the standard EU limits.

The matter came before Mr Justice Charles Meenan on Wednesday.

James Devlin for An Taisce said the papers were served about a month ago on the respondents who has already had a certain time to consider them.

An Taisce would not be seeking a stay, but it believes if it is right in its case “there is a question of a significant breach by the State of its fundamental obligations under EU law”.

It was An Taisce’s contention that this breach should not continue due to any delay by the State setting out its position.

Counsel also said his side received a letter from the IFA and a number of farmers seeking to join the proceedings.

The judge said he would deal with the application for leave in the presence of the respondent in November.