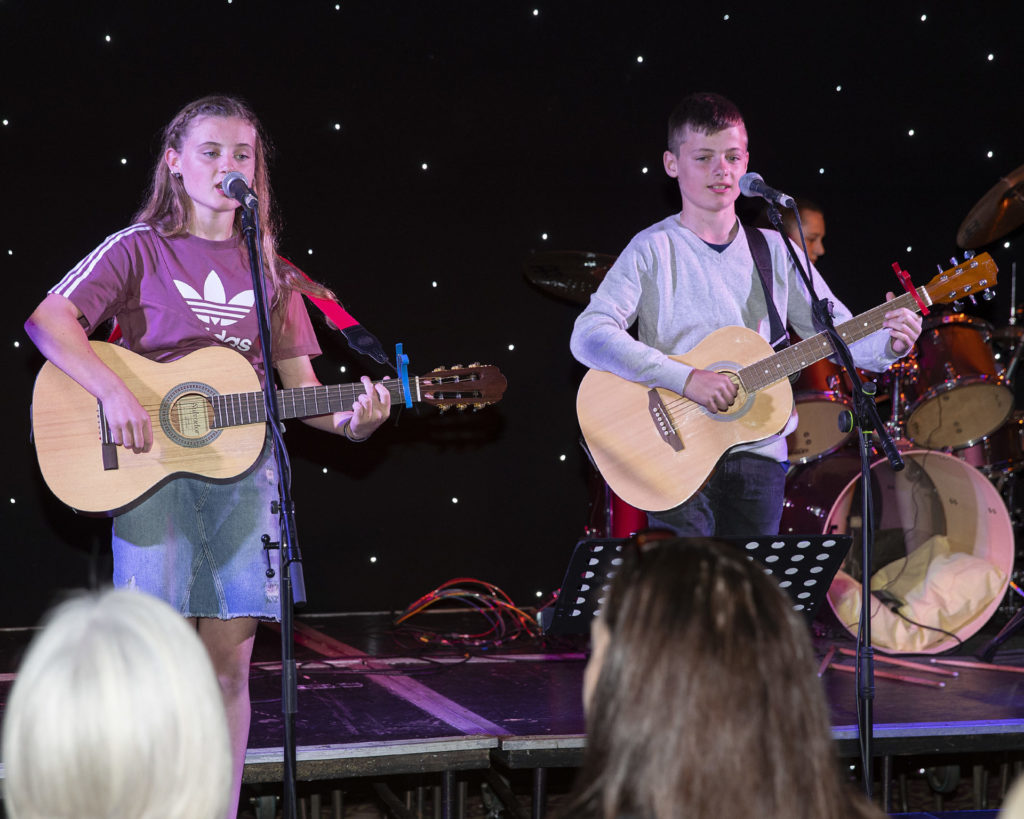 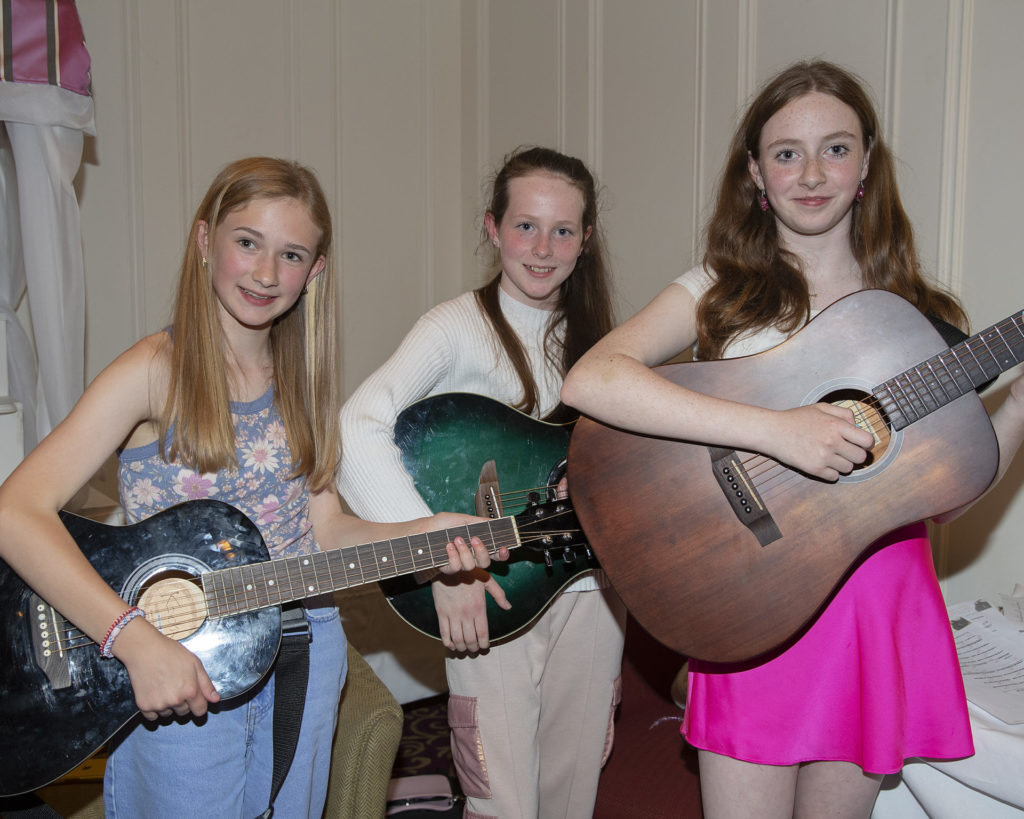 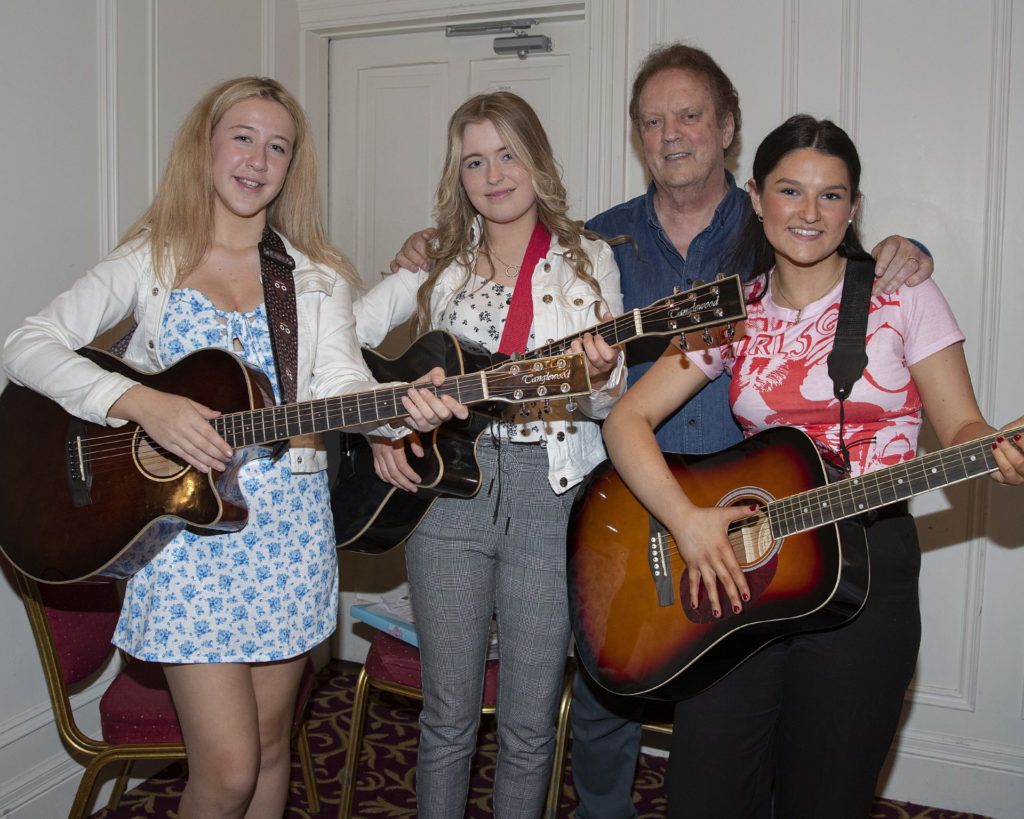 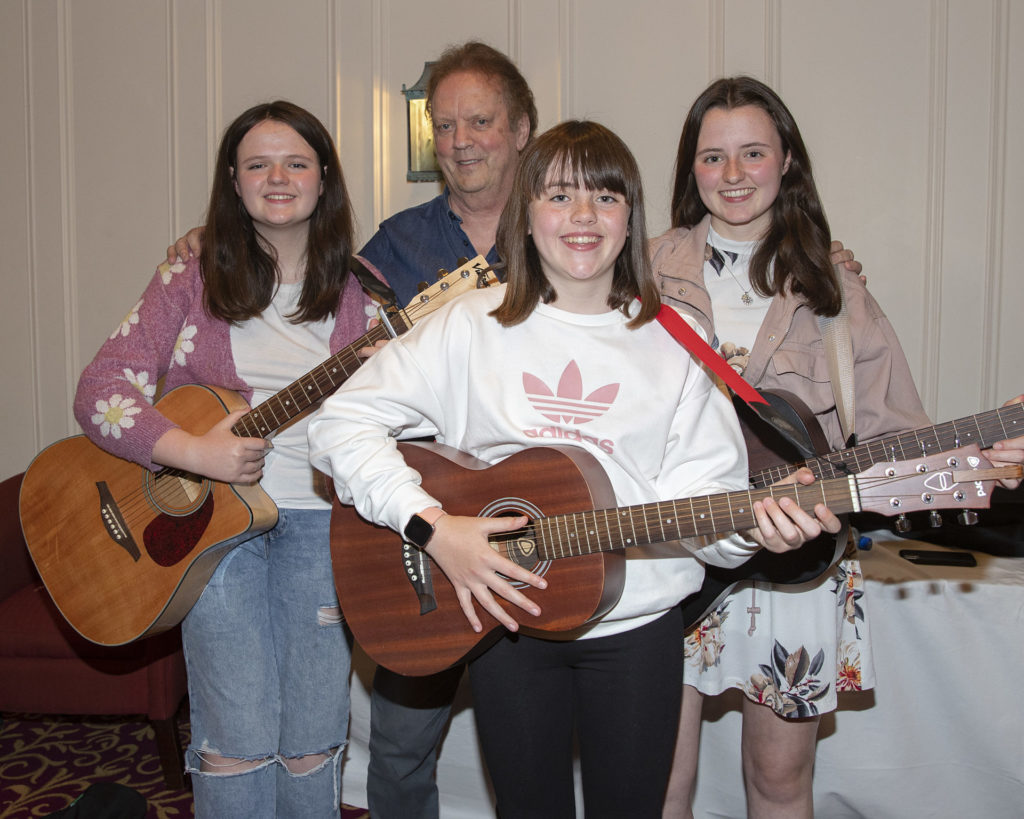 The Delaney sisters, Keeva, Jane and Sarah with Mike Hennessy 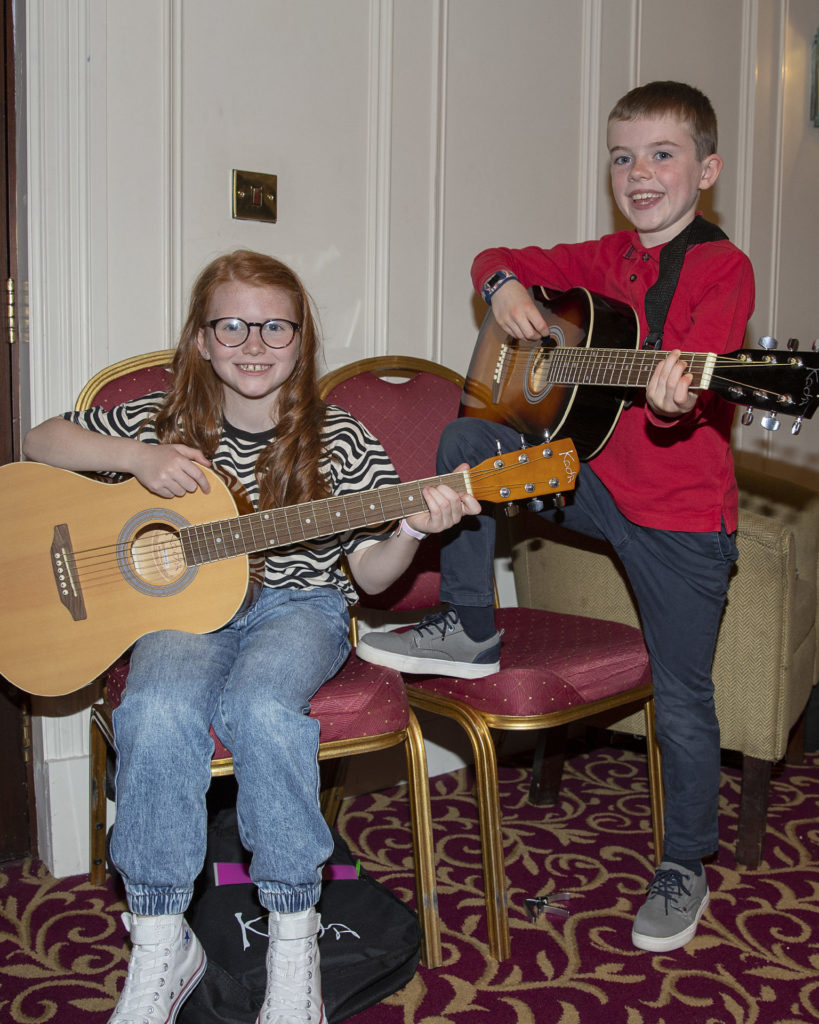 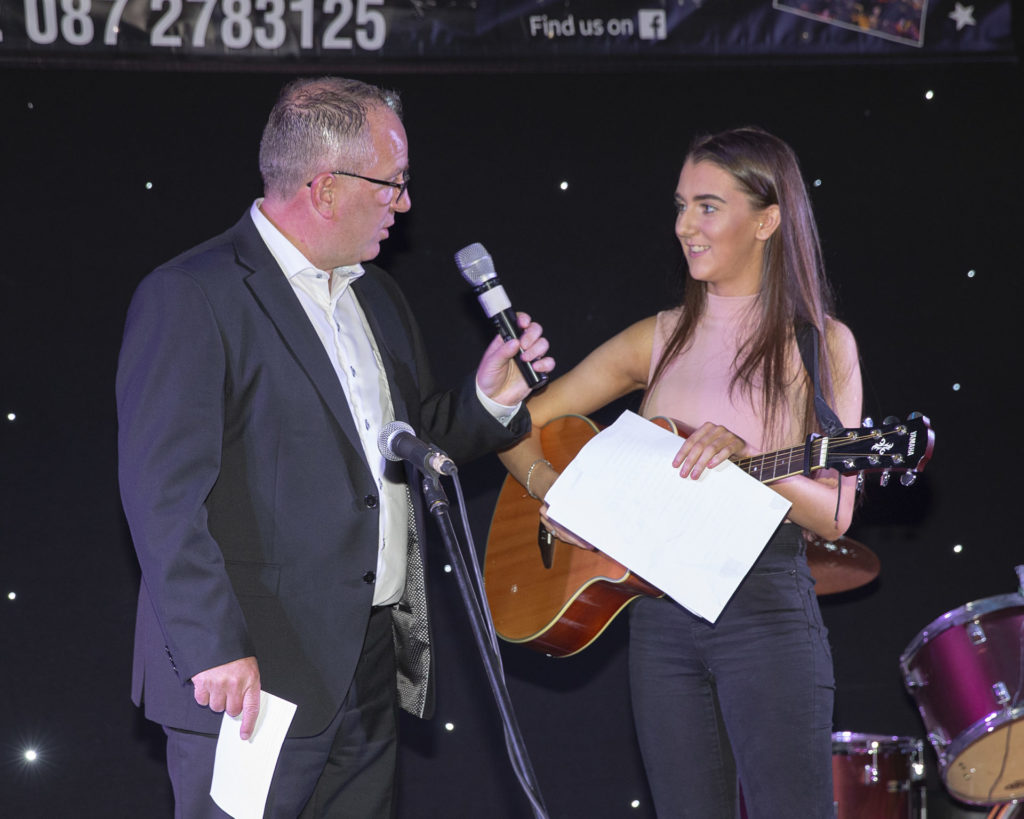 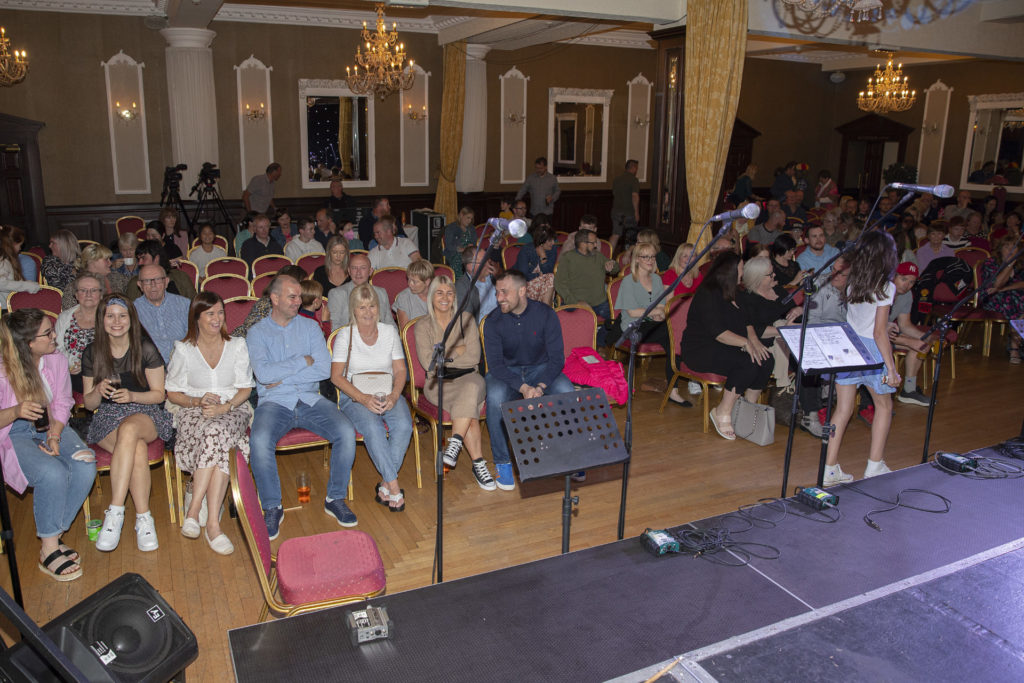 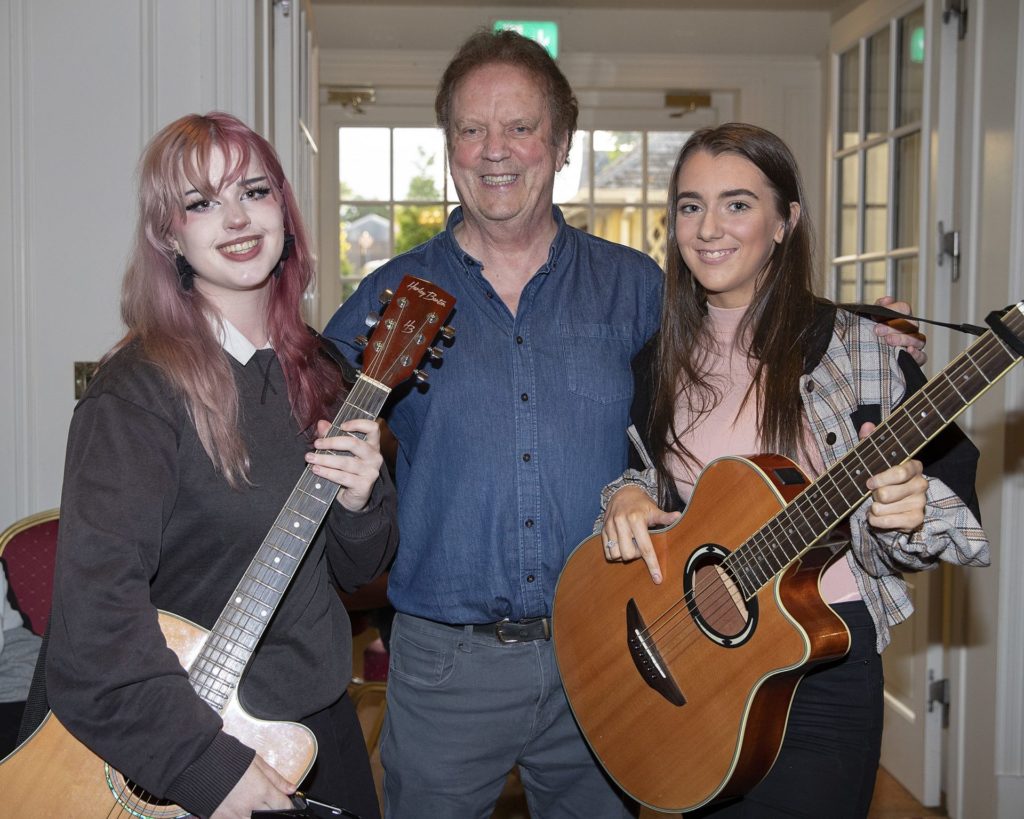 Aoife Whelan and Laura Doyle at the gala concert, with tutor Mike Hennessy 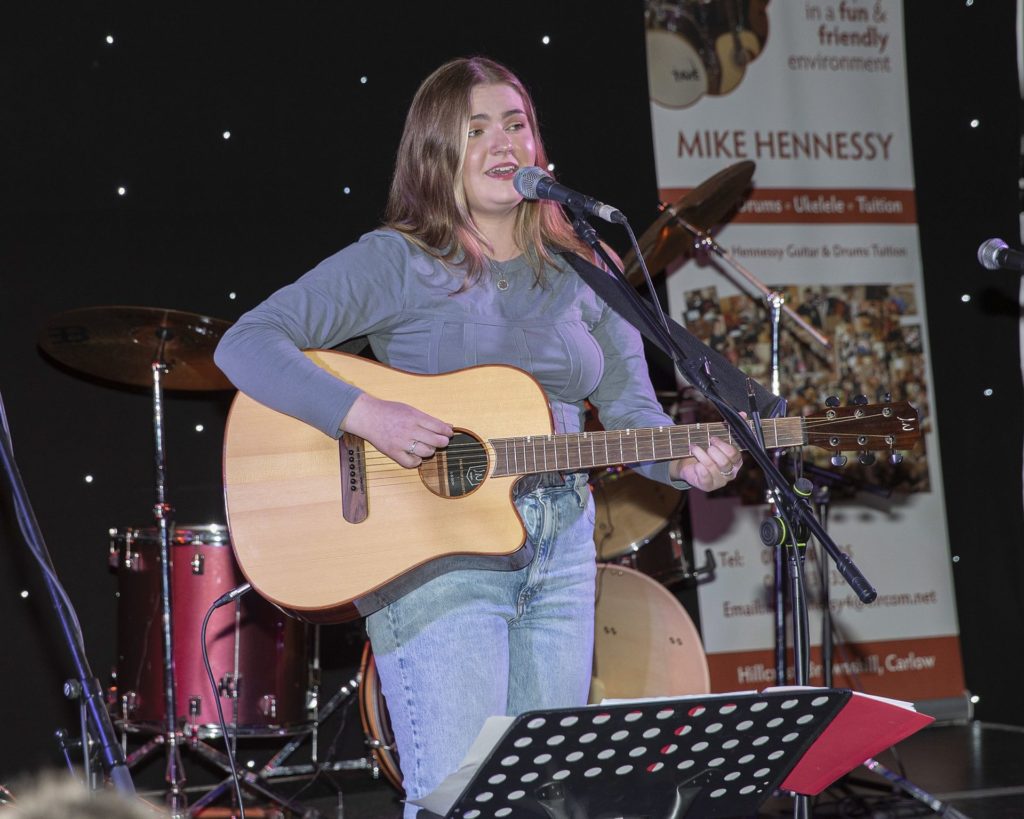 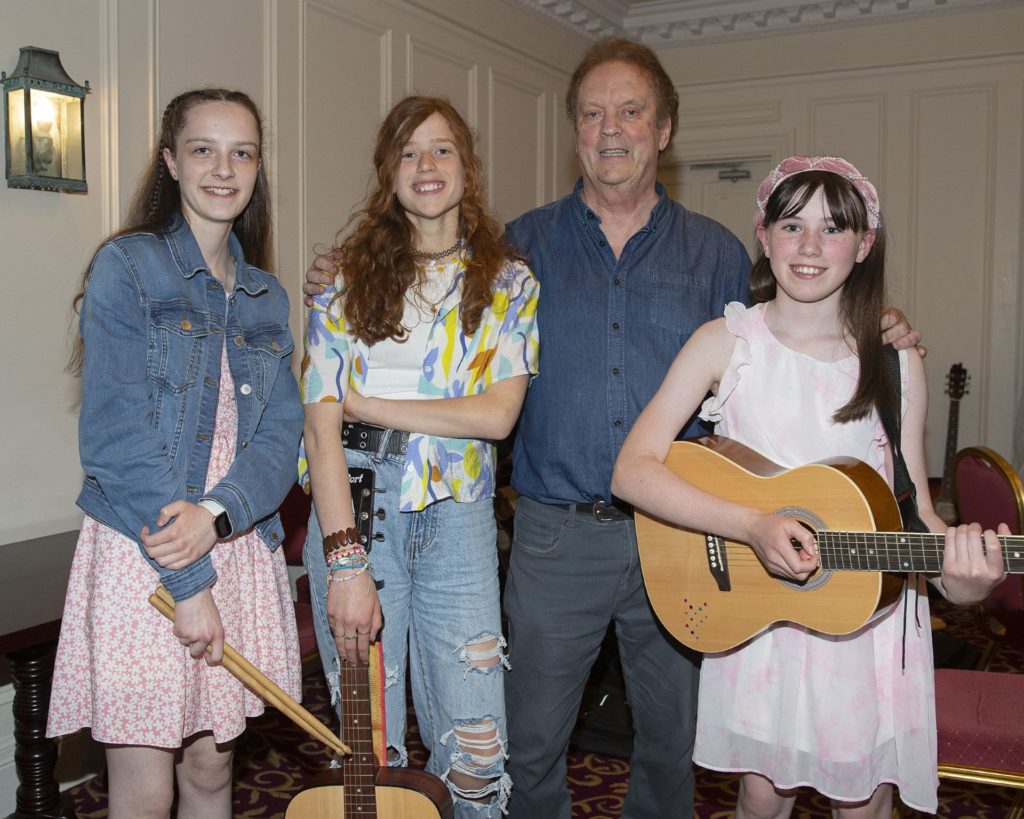 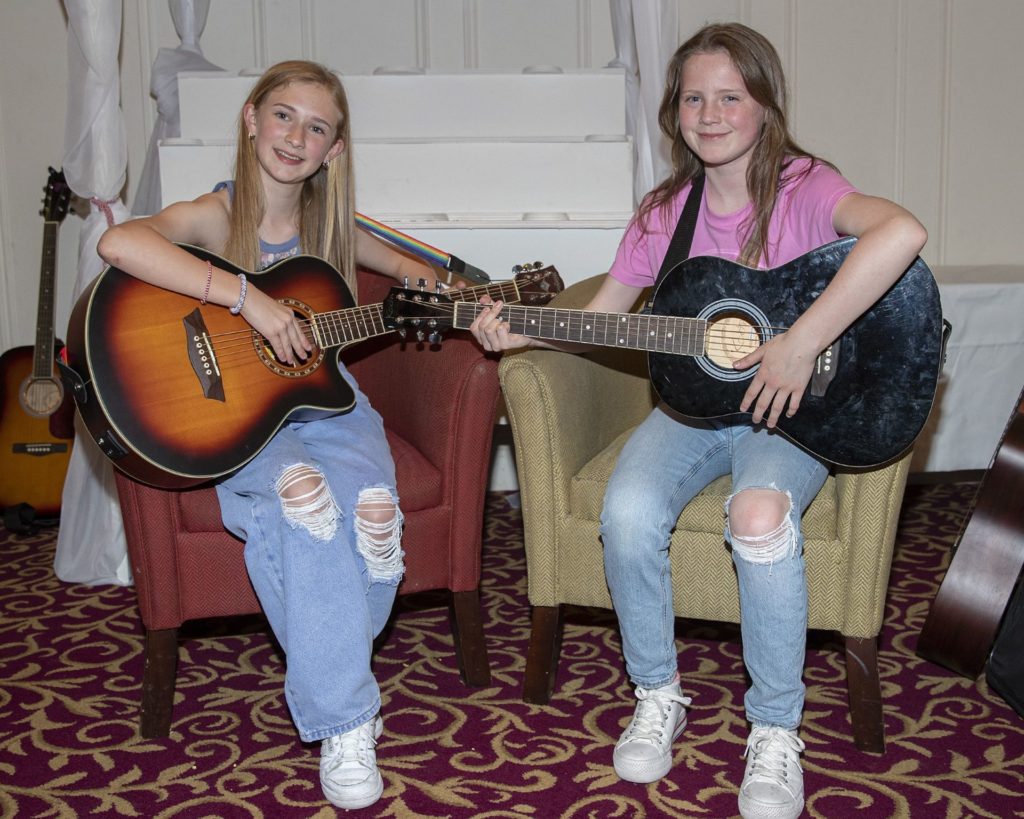 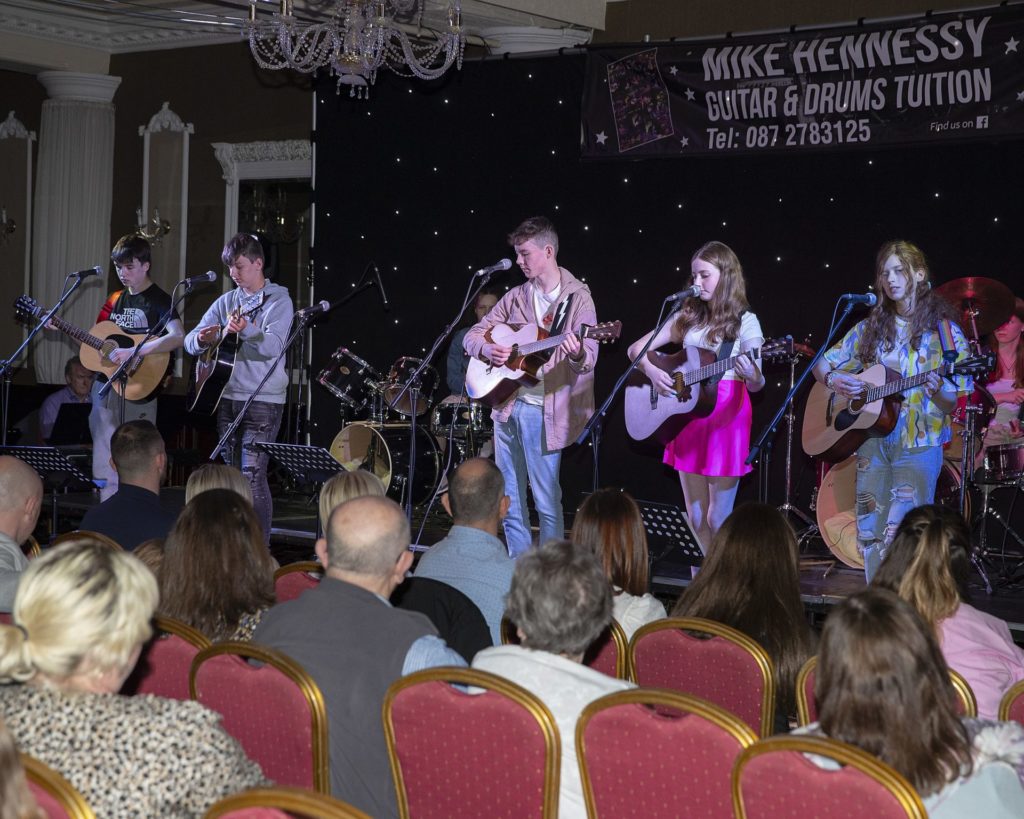 AN ABUNDANCE of talent took to the stage of the Seven Oaks Hotel recently for the seventh annual gala concert for Mike Hennessy Guitar and Drum Tuition.

Students of all ages performed, each showcasing their wonderful talent and dedication as they master their instruments. Many students also sang to accompany their piece, adding to a terrific night for the large audience.

“It went brilliantly,” enthused Mike, the well-known local musician, who has been running the classes from his studio at his Carlow home for the past ten years.

“We had a much bigger crowd than we expected for this time of year, and everyone really enjoyed it. For some of the students it was the first time they had ever performed in front of an audience because we had a lot of new students, so it was a great experience for them.

“I was ultra-proud,” he added.

Almost 70 students performed, ranging in ages from nine to 20, and all were musically accompanied on stage by Mike and his brother Ollie, while completing the Hennessy trio was their cousin Brendan, who once again did a super job as MC.

A DVD of the night was also created, a precious keepsake for the young musicians and their families – and who knows, maybe a wonderful clip to play when they become the next Ed Sheeran or Adele!

Mike Hennessy Guitar and Drum Tuition takes a break for the summer months, but will return for the next term this September, with more than 100 students currently attending.