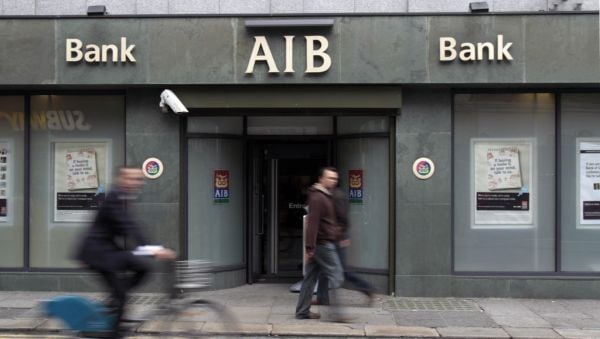 The Vintners’ Federation of Ireland (VFI) has called on AIB to reverse its decision to convert 70 of its outlets to cashless branches, saying the move will have a ‘severe’ impact on its members across the country.

While many businesses primarily conduct their trade through card transactions, a significant element of VFI members’ trade relies on cash customers.

They said it will result in frequent visits to local branches, both to deposit cash and withdraw large amounts of cash in coin format.

According to VFI chief executive Paul Clancy, should AIB’s decision to go ‘cashless’ in 70 branches nationwide continue, the impact on small business owners will be enormous.

“Our members will be forced into a situation where they will have to carry cash for longer distances and then wait in larger queues as the branches that do remain open become busier.

“Publicans in Castletownbere will now have to travel to Bantry, a one-hour journey each way. Taking into consideration the ‘wait time’ in the branch this simple cash transaction could take upwards of three hours to complete.

“Publicans will be forced to reduce the frequency of visits to the nearest branch, which will increase the cash held in the premises which could impact insurance cover.

He said as a consequence it will mean an increase in mileage which contribute to more pollution and drive up energy costs for small business owners.

Mr Clancy said AIB’s suggestion that local post offices will take up the slack in areas without bank branches “fails to stand up to scrutiny.”

“Coin withdrawals in post offices are capped at €1,500 per week and must be pre-ordered. Cash lodgements are capped at €5,000 per week. This is a ridiculous situation for local businesses to find themselves in after years of loyalty to AIB.

“Local communities deserve a proper banking service without having to travel two hours to get that service,” Mr Clancy said.