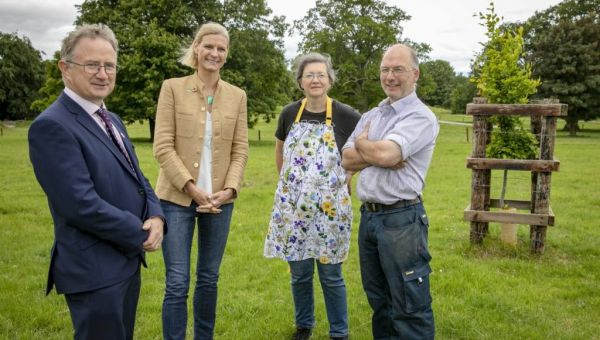 The Minister of State at the Department of Agriculture, Senator Pippa Hackett has announced proposed new enhanced rates for farmers participating in the Organic farming scheme.

They are subject to approval by the European Commission as part of the ongoing discussions on approval of Ireland’s CAP Strategic Plan, and would apply from January 1st, 2023.

Announcing the new rates the Minister said: “The budget proposed for this scheme under the next CAP is a five-fold increase on what was previously available.

“This is my commitment to growing and investing in the Irish organic sector.

“Feedback from the CAP consultative committee, the reconvened Organic Strategy forum and interested stakeholders has made it clear that enhanced payment rates are needed to support farmers converting to and maintaining organic farming.”

The Minister said organic farmers incur additional expenses on an annual basis such as attending training and constantly upskilling themselves in soil health and animal management.

She said: “In recognition of these costs I am proposing an annual participation payment which will be €2000 in the first year of conversion and €1400/year thereafter.”

Minster Hackett said it will support farmers to achieve targets set out in the Programme for Government of farming 330,000 ha organically.”

She said the new enhanced rates are reflective of the commitment to ensure that our Programme for Government target of 7.5 per cent of farmland to be under organic production by the end of the CAP cycle of 2027, is achieved.

“I am confident that these new rates will entice in many new farmers to organic farming and I would encourage every farmer to consider it and be ready for when the new scheme opens this autumn,” she said.