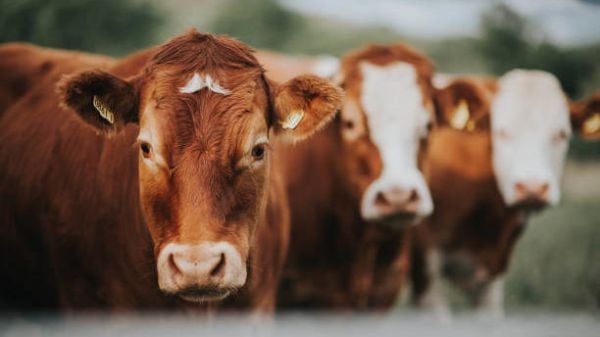 A judge has compared a late night chaotic farm-yard scene where a father and son confronted Gardaí with a pitch-fork and a calving jack to something from the Wild West.

At Kilrush District Court, Judge Mary Larkin described the conduct of Denis Waters (53) and his son, Brian Waters (25) both with an address at Lacken, Kilmihil as “unbelievable”

Judge Larkin stated: “If it was the Wild West you would say something, but this is supposed to be a civilised country.”

Solicitor for Denis Waters, Patrick Moylan said that “chaos” unfolded after Brian Waters looked on at around 1.30am on October 26th last to see Gardaí pursue his father, Denis into the farm-yard at Derreen, Tullycrine near Kilrush.

Solicitor for Brian Waters, John Casey said that “out of nothing, all hell broke loose” in the farm-yard as his client was helping a cow to calve at the time when Denis Waters and Gardai entered the yard.

Mr Moylan said that Denis Waters had earlier driven to the local pub “to have a few drinks” on the night, and he got a call to return home as Brian was having trouble with a cow calving.

Mr Moylan said that the cow was in difficulty and he left the pub to get into the car to return home to help Brian with the cow.

He said that Mr Waters had arranged to get a lift home from the pub before getting the call from Brian.

Sgt Louis Moloney said that Denis Waters had taken off at speed from the pub at Tullycrine in the direction of Kilrush.

Sgt Moloney said that the Garda patrol car activated the blue lights and siren but Mr Waters failed to stop.

Sgt Moloney said that Mr Waters took a right turn to a farmhouse and Gardaí wanted to arrest Denis Waters on suspicion of drink-driving. Both cars arrived at the farm-yard.

However, Garda were prevented from arresting Denis Waters when he picked up the calving jack in the farmyard and started to swing it, and it came close to Garda Gerard Summerly’s head.

Sgt Moloney said that Garda Summerly was pushed back by Brian Waters on numerous occasions who went to a shed and picked up a pitchfork and told Garda Summerly “I am going to give it to you”.

Sgt Moloney stated that while Brian Waters “was prodding the pitchfork forward Garda Summerly, he had no option but to deploy his OC (Pepper) spray in a bid to protect himself”.

Sgt Moloney said that Gardaí from Ennis and Kilrush came to the scene.

Sgt Moloney said that Denis Waters made good his escape into the fields behind the farmyard. The following morning, Denis Waters presented himself to the local superintendent.

In the case, Judge Larkin imposed on Denis Waters a six-year driving ban after he pleaded guilty to driving without insurance and a four-year driving ban for dangerous driving and fines of €800.

Judge Larkin adjourned sentencing of Brian Waters for the completion of a Probation Report to see if he is suitable for a community service order.

Judge Larkin also ordered that a Probation Report be carried out on Denis Waters concerning his obstruction offence and adjourned all remaining cases to October.

Mr Casey said that Brian Waters works as a mechanic but helps with the farm before he goes to work and after he comes home from work.

He said: “They have a suckler herd which is very much hands-on and needs 24 hour attention at certain parts of the year. Brian reacted very badly to the situation.”

Mr Casey said that Brian has no previous convictions while Sgt Moloney said Denis Waters has a conviction for drink-driving and driving without insurance.

Mr Moylan said that father of three adult children, Denis Waters is very upset at what he has put his son through.

Mr Moylan said that when Denis Waters presented himself to the local superintendent the superintendent agreed that what happened was totally out of character.