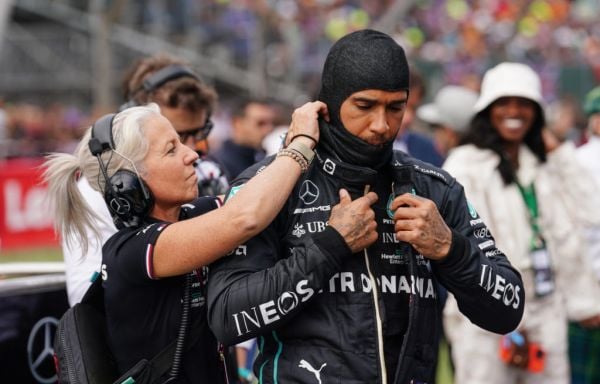 Lewis Hamilton will not take part in first practice for the French Grand Prix on Friday, with reserve driver Nyck De Vries behind the wheel of his Mercedes instead.

Hamilton is preparing for his 300th Grand Prix start this weekend but will give up his seat to reigning Formula E champion De Vries for the opening session.

Mercedes team principal Toto Wolff said: “Nyck is replacing Lewis in first practice this weekend, as part of the allocated sessions for young drivers this year. So, we’re looking forward to seeing how he gets on.”

This weekend @nyckdevries will be taking the wheel of W13 for FP1. 👊

Lewis has chosen this weekend to fulfil the first of two young driver sessions required by all teams this season. George has selected one later in the year. pic.twitter.com/aNimIvCClU

De Vries (27) joined Mercedes’ young driver programme back in 2010 and was named as the Formula One team’s test and reserve driver last year alongside his drive in Formula E.

It will be a second taste of an F1 first practice session for De Vries this season after he took Alex Albon’s Williams out ahead of the Spanish Grand Prix in May.

Under an F1 regulation added this year, teams must use rookie drivers on at least two occasions during first practice.

Mercedes head to the Circuit Paul Ricard looking for more positive signs after a difficult season so far.

Hamilton took third and George Russell fourth last time out in Austria, and Wolff said he believed the team were getting on top of the problems their car has suffered from so far.

Touchdown ✈️ Where have we seen these stripes before? 👀😁 pic.twitter.com/OdcoBrQvod

“We scored three podiums in the first seven races, and we have now achieved four in the last four,” he said. “I’m pleased with the momentum we are building, and it reflects the mammoth effort of the team.

“Our understanding of the W13 is growing with every lap and it’s encouraging to see that reflected in our development and results. While we were quicker in Austria, we still weren’t quick enough to challenge at the front.

“We need to keep chasing those final few tenths and bringing new developments to the cars, including this weekend in France.”